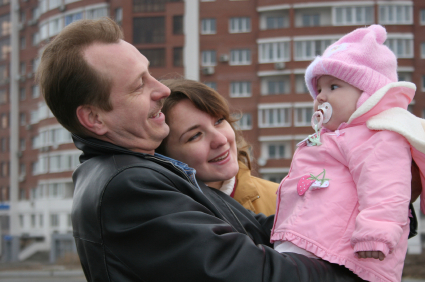 As the same-sex marriage issue surfaces again in the Australian Parliament, a seasoned human rights advocate and expert on United Nations texts reminds politicians that they have international obligations relevant to this debate. Here Rita Joseph sets out “12 facts your electorate has a right to know before you consult them on same-sex ‘marriage’.”

1. Our Federal Government has a solemn obligation, under international human rights law, to ensure that all domestic marriage laws comply with universal obligations in the International Bill of Rights to protect marriage and the family. Under Article 50 of the International Covenant on Civil and Political Rights (ICCPR), the Federal Government has primary responsibility for ensuring that all State and Territory laws comply with universal human rights obligations to protect marriage and the family.

2. Article 23 of the ICCPR guarantees, first, protection by society and the state for the family as “the natural and fundamental group unit of society” and second, “the right of men and women of marriageable age to marry and to found a family”.

3. In the event of the introduction of State or Territory laws that tamper with these protections, the Federal parliament has a constitutional external powers authority (and duty) to enact a general overriding law restoring marriage and family obligations originally promised in Article 23.

4. This article, according to the UN Human Rights Committee (General Comment 19), “implies, in principle, the possibility to procreate”.  (A General Comment is the most authoritative of all the prescriptions that may be issued by the UN human rights monitoring bodies.)

6. The “in principle, the possibility to procreate” requirement relates back to the original protective concept of “special care and assistance” for motherhood, childhood and the family in the Universal Declaration of Human Rights Article 25.

7. This obligation to protect motherhood, childhood and the family is codified in the Convention on the Rights of the Child, Article 7 where our Australian government has promised to ensure and protect “as far as possible, a child’s right to know and be cared for by his or her parents”.

8. There are no credible grounds for claiming that current Australian laws protecting marriage are discriminatory. International human rights instruments have long recognized the concept of a “special protection” that “shall not be considered discriminatory” (e.g. Convention on the Elimination of All Discrimination Against Women (CEDAW) Article 4).  The significant legal distinction that acquits any Covenant law from the charge of being discriminatory is that it “aims to protect”—the child, the mother, the family…

9. Having ratified CEDAW, Australia is obliged under human rights legal principles codified in this Convention to promote full recognition of “the social significance of maternity and the role of both parents in the family and in the upbringing of children” and to enact laws that acknowledge “that the upbringing of children requires a sharing of responsibility between men and women”. The formal human rights language of Article 16 of the Women’s Convention links the term “parents” definitively to “men and women” and to “husband and wife”.

10. Promoting same-sex “marriage” contravenes international human rights obligations for governments to provide “the widest possible protection and assistance” for the family, “particularly for its establishment” as “the natural and fundamental group unit of society” (International Covenant on Economic, Social and Cultural Rights Article 10).

12. Finally, public opinion, grievously deceived by relentless propaganda, is no basis for changing universal human rights protections for marriage and children solemnly agreed in the Conventions to which Australia is a party. Creative attempts, however popular, to tamper with those protections, are invalid because they contravene the “ordinary meaning” test required by Article 31 (1), General rule of interpretation of the Vienna Convention on the Law of Treaties (1969):

A treaty shall be interpreted in good faith in accordance with the ordinary meaning to be given to the terms of the treaty in their context and in the light of its object and purpose.

Rita Joseph is a Canberra-based writer, lecturer and human rights advocate, specializing in philosophy of the language of human rights. As an adviser to various delegations, she has extensive experience in negotiating the texts of numerous United Nations human rights documents. She is author of ‘Human Rights and the Unborn Child’ (Leiden & Boston, Martinus Nijhoff, 2009)

Rita Joseph is an Australian writer, lecturer and human rights advocate, specialising in the philosophy and language of human rights. She has lectured at the John Paul II Institute for Marriage and Family... More by Rita Joseph