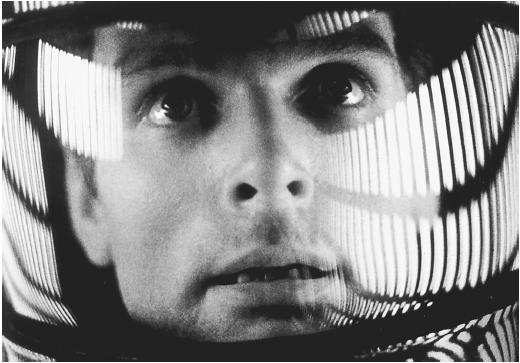 Arthur C. Clarke, who was the closest a man could get to reincarnating Leonardo da Vinci, finally joined the ages last March 19th. He took off from Sri Lanka, where he had lived for almost fifty years — though not in an elevator into space

He was ninety and he looked it, having been confined to a wheelchair for a number of years. But his mind remained free to roam until the end, rather like some of his characters who underwent a passage from humanity into a new stage.

Perhaps it was his contact with the culture of Sri Lanka that gave him the theme that appeared in many of his most famous novels (2001: a Space Odyssey, 2010: Odyssey Two, Rendezvous with Rama, Childhood's End), — that the current human race may be only a link in a chain, and that sooner or later it would transcend into something else, perhaps not corporeal at all. Thus, in 2001, David Bowman, after committing cybercide on HAL 9000 and descending into a huge Jovian (in the movie; Saturnian, in the book) monolith, becomes the "Star Child" who became free to play around with the cosmos (and, of course, with the crew of the next mission launched to rescue him).

The last generation of children in Childhood's End are the ones who take humanity to the next level. Unfortunately the obliterate old humanity in the process, much as the Vogons would do a few years later to build a new inter-galactic highway that happened to go right through the middle of this little blue planet… But that is a totally different story (The Hitchhiker's Guide to the Galaxy) by a totally different subject (Douglas Adams) of Her Majesty. Adams didn't get knighted for it, as Arthur did, though he did retain his UK address. But I digress…

I really like Clarke's writing, perhaps because I am an engineer by training. You see, Clarke believed that everything he described (except, perhaps, the transcendent mind thing) had to work, at least in principle. He described how artificial satellites might be used for communications across oceans and worked out the details so well that people actually followed up on it and gave us what we have today. If you look at the film version of 2001, you'll see a spacecraft sporting nuclear propulsion and artificial gravity, pretty much exactly like one that would be built today for that mission. If you read The Fountains of Paradise you'll find an elevator stretching out into orbit. And he tells you, almost bolt by bolt, how to build it, and what might go wrong in the process (as it does, of course).

And his prose style must be the most deceptively simple in all of science-fiction. Not a fancy word in sight, and not an extra word — yet impossible to improve upon. It is an English teacher's dream. The ornamentation was as absent as the vacuum of space, but it sucked you in with just as much power and made you believe you might also be able to write, too, someday.

And it did. I think I might owe to Arthur my attempt to write science-fiction. I haven't yet reached the transcendent stage, but what if he was right after all…

In the meantime, I pray for his soul. Arthur, like so many sci fi authors of the old school (not so much the next generation), didn't seem to think transcendence might have already arrived on this earth, in the form of religious faith. But he didn't make himself a jerk about it (unlike others). And I've found his writing helps me to be awestruck with the magnificence of the Creator of the universe.

When he's not inventing things that may or may not violate the laws of physics, Paco Ruiz works as a professor of aerospace engineering in a major American university. His first novel, Guardians of the Past, is to be published this year.

none More by Paco Ruiz