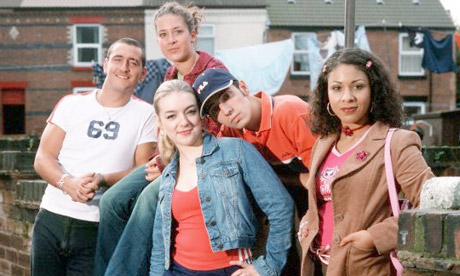 More young people are reaching the end of their twenties without settling into careers and marriage. Is this because of passing social mores and economic conditions, or because we now have a new stage of human development called “emerging adulthood”?

I commented on this issue not so long ago when a report by the MacArthur Foundation Research Network on Transitions to Adulthood examined the financial implications for family and society.

Now, a long article (like, 10 pages) by Robin Marantz Henig in the New York Times looks into the psychological aspects of the trend, focusing on the work of Jeffrey Jensen Arnett, a psychology professor at Clark University in Worcester, Massachusetts. Arnett is leading the movement to view the 20s as a distinct life stage, “analogous to what happened a century ago, when social and economic changes helped create adolescence”.

Not satisfied with the mess we made of that (pop culture, consumerism and teenage sex) Arnett and others want to add another decade of experimentation before people grow up. Its characteristics, he says, are “identity exploration, instability, self-focus, feeling in-between and a rather poetic characteristic he calls “a sense of possibilities.”

In this he seems to have the support of brain scientists who have been telling us for a few years now that the brain doesn’t take on its mature form until at least age 25. Maybe not even then.

And he certainly has some statistics on his side. Here are some from Henig’s article:

The 20s are a black box, and there is a lot of churning in there. One-third of people in their 20s move to a new residence every year. Forty percent move back home with their parents at least once. They go through an average of seven jobs in their 20s, more job changes than in any other stretch. Two-thirds spend at least some time living with a romantic partner without being married. And marriage occurs later than ever. The median age at first marriage in the early 1970s, when the baby boomers were young, was 21 for women and 23 for men; by 2009 it had climbed to 26 for women and 28 for men, five years in a little more than a generation.

We’re in the thick of what one sociologist calls “the changing timetable for adulthood.” Sociologists traditionally define the “transition to adulthood” as marked by five milestones: completing school, leaving home, becoming financially independent, marrying and having a child. In 1960, 77 percent of women and 65 percent of men had, by the time they reached 30, passed all five milestones. Among 30-year-olds in 2000, according to data from the United States Census Bureau, fewer than half of the women and one-third of the men had done so. A Canadian study reported that a typical 30-year-old in 2001 had completed the same number of milestones as a 25-year-old in the early ’70s.

There is also the matter of where we currently set different maturity markers:

But what would it look like to extend some of the special status of adolescents to young people in their 20s? Our uncertainty about this question is reflected in our scattershot approach to markers of adulthood. People can vote at 18, but in some states they don’t age out of foster care until 21. They can join the military at 18, but they can’t drink until 21. They can drive at 16, but they can’t rent a car until 25 without some hefty surcharges. If they are full-time students, the Internal Revenue Service considers them dependents until 24; those without health insurance will soon be able to stay on their parents’ plans even if they’re not in school until age 26, or up to 30 in some states. Parents have no access to their child’s college records if the child is over 18, but parents’ income is taken into account when the child applies for financial aid up to age 24. We seem unable to agree when someone is old enough to take on adult responsibilities. But we’re pretty sure it’s not simply a matter of age.

Of course, there are still many who do not conform to the new patterns and who pass through the traditional milestones much as earlier generations did. Then there are all the young people in developing countries who can barely afford the luxury of being teenagers, let alone emerging adults. This diversity among 20-somethings is the main reason that some psychologists disagree with Arnett’s idea that humanity has acquired a new developmental stage.

The differences, even within a country such as the US, point more straightforwardly to cultural and economic factors that having changed, could change again.

In a riposte in The Atlantic Derek Thompson, apparently in the critical age group himself, puts a number of the Millennials habits (such as moving back home with their parents) down to some key factors: the jump in the number of women going to college (and therefore marrying later and having fewer children); student debt (average $17,250 in 2006); low-paying entry jobs and the growth of insecure self-employment and part-time jobs; and the recession, which has accentuated all the other trends.

I am inclined to agree that what is happening among 20-somethings has more to do with the economy than psychology. But it also has a lot to do with cultural attitudes, particularly towards sex and marriage.

It is all well and good for women to get a college education and have professional skills that they can use throughout their lives to earn a full-time or part-time income. It is good for women and men to share more in both paid work and domestic tasks, especially parenting. And if this means, for those who take the college path, delaying marriage until the mid to late 20s, so be it.

But these changes should not have come at the expense of marriage and the family itself — in the form of years of experimental sexual relationships and abortion for the educated (mainly), and single parenthood and non-marriage (mainly) among the working (or non-working) class.

Is it just a coincidence that a bad economy has grown up alongside a bad sexual culture? And that both are making young adulthood somehow redundant? I don’t think so — do you?