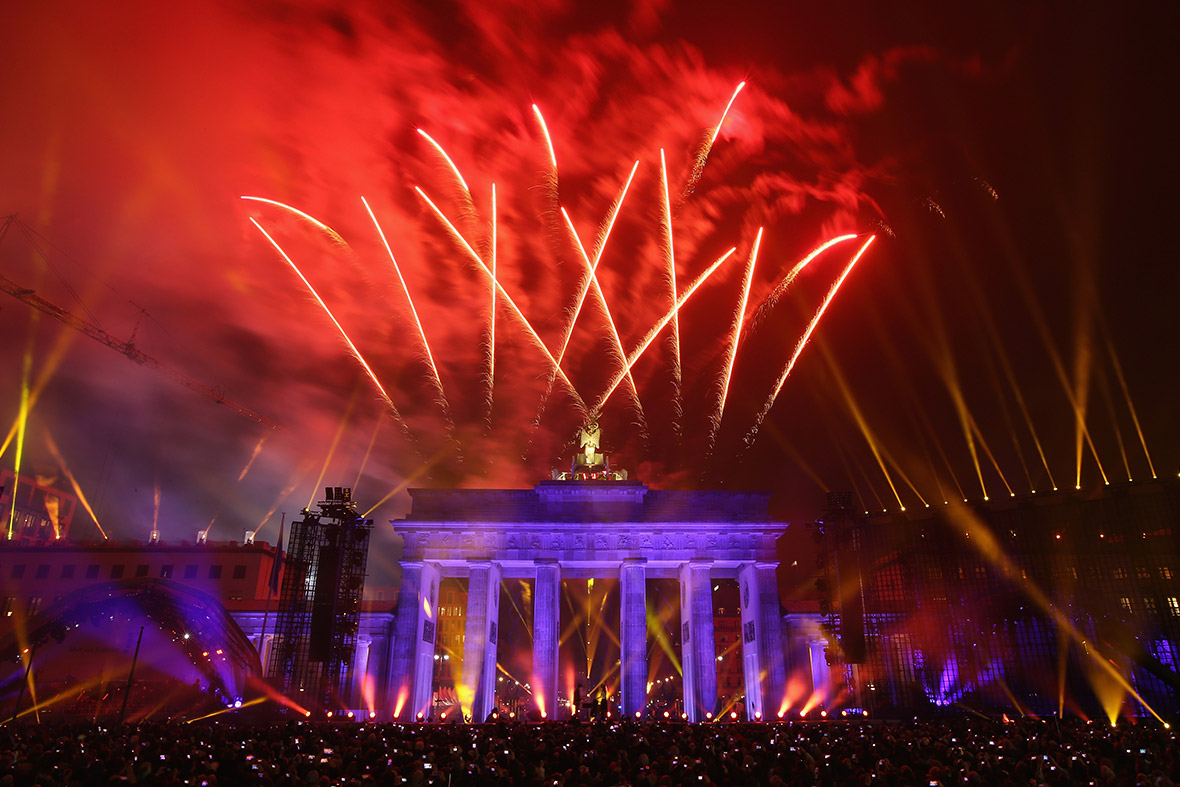 November 9, 1989 was the day that the “anti-fascist protection wall” – or the Berlin Wall to you and me – was finally and definitively breached. Berlin would no longer be divided by barbed wire and land mines. Overnight, German, European and indeed global geopolitics fundamentally changed.

Yet when Germans remember this anniversary, they do so carefully. November 9, 1989 was a day of joy and celebration but previous November 9ths were not. November 9 1938 saw the mass burning of synagogues and Jewish property in the Reichskristallnacht, while November 9 1923 had been when Hitler launched an (unsuccessful) coup in Bavaria.

Going further back, November 9 1918 was the day that Philip Scheidemann proclaimed the foundation of what came to be known as the Weimar Republic from a window of the Reichstag, whilst November 9 1848 saw the execution of German democrat Robert Blum and the beginning of the end Germany’s liberal revolution. Germans are unlikely to be able to reel off those dates one by one, but there is nonetheless an awareness of where Germany has come from.

Two sides to every story

Nor has the post-1989 German story been one, long unadulterated happily-ever-after. There have been tensions and problems along the way. Some argue that Germany is at best treading water, either because of its dire economic prospects or its immigration problems.

And you don’t have to subscribe to these gloomy narratives to acknowledge that although the German economy has come out of the Credit Crunch well, it is no longer producing the growth rates that it did in the immediate post-war period. Unemployment is still uncomfortably high in places and balancing the books remains difficult in a country that spends so much on supporting the less well-off. Germany also faces real demographic challenges and the threat of neo-Nazi violence lurks below the surface in parts of the country.

But at the same time, Germany is in many ways thriving. The economy has been, and still is, a powerhouse that remains remarkably resilient. Germany weathered the global economic recession better than more or less anyone. German companies lead the field in pharmaceuticals, state-of-the-art industrial products and cars. Germans are, for the most part (and certainly in international comparison), tolerant, open and welcoming. Welfare provision is broad and comprehensive, public transport functions very well and civil society flourishes. The general quality of life is very high (no matter how it is measured), crime rates are low and social dislocation, again for the most part, nowhere near as obvious as is the case in the UK, France or Italy. Germany, it would appear, is a place with a lot going for it.

Contemporary Germany is, as a result, a curious mix of affluence and discontent. It is open and tolerant, yet there are tinges of ethno-cultural exclusivity thrown in. It is legally united but psychologically still divided.

Keeping up with the neighbours

Such contradictions are not, of themselves, uniquely German preserves. It did, after all, take 143 years after the abolition of slavery for an African-American to become US president. Italy has been constitutionally united since 1871 and yet the northern and southern parts of the country appear to exist in different socio-economic worlds. And while the values of the French republic are unquestioned by the vast majority, it has not dampened serious worries about increasing social dislocation – seen most visibly in regular urban riots – from becoming one of the most prominent themes in contemporary French politics.

Even in the generally tranquil UK, the rigorous cuts regime implemented by David Cameron’s coalition government have prompted widespread and sustained protests up and down the country.

The particularly German twist centres around two specific, and at times interrelated, things. One the one hand, the legacy of the Holocaust and of the country’s uniquely gruesome past inevitably has an effect on contemporary political life. A complicated political history makes a historical anniversary such as the one being marked now a time of both celebration and solemn reflection.

On the other hand, Germans know that their geographic location ensures that the country will always be at the very heart of European affairs. There was a time, now thankfully long gone, when German leaders used to try and force other Europeans to act in a way that served German interests. That has changed, and it really has changed for good. Germans are unsurprisingly happy to be economically strong, but they remain much less happy at being politically responsible. German politicians are often leaders in the EU by default and not by choice. Indeed, there is a real sensitivity around the issue of German leadership, and an acute awareness that showing leadership (as Germany did through the eurocrisis) can easily look like simply bossing others around. The legacy of the past lingers large here too.

Visions of the future

As it marks 25 years since the fall of the Berlin Wall, Germany remains a country facing challenges that many of its neighbours recognise. Many Germans are likely to remain grumpy with their state and with their politicians. But they also realise that swapping what they have now for other ways of governing themselves would be a very bad deal indeed.

Helmut Schmidt, chancellor of Germany in the late 1970s and early 1980s, was famously sceptical about grand narratives, once famously saying that people who have visions should simply go and see a doctor. His was a more pragmatic approach to dealing with the challenges of the here and now. For all his attributes as a politician, he’s doing other German politicians a disservice. Knowledge of where Germany has come from shapes the thinking of where Germany should go. And all but a mercifully small far-left and far-right subscribe to the consensus that Germany does well out of being a politically liberal, social-market-orientated, pro-EU democracy. And if Germany does well out of that, then despite periodic trials and tribulations, the rest of Europe will do too.

So, we didn’t see too much in the way of wild-partying on November 9. In truth, that’s not really the German way of dealing with such things.

Daniel Hough is Professor of Politics at University of Sussex. He has received funding from the German Academic Exchange Service (DAAD). This article was originally published on The Conversation. Read the original article.

Dan Hough graduated from the University of Newcastle upon Tyne in 1997. On leaving the North-East he headed for the Institute for German Studies at the University of Birmingham to complete his PhD. Following... More by Daniel Hough