The British press was buzzing over the weekend with news of a spat between high profile gay men over same-sex parenting. On one side were Italian fashion designers Domenico Dolce and Stefano Gabbana, on the other, Sir Elton John, legally married to David Furnish, with whom he parents, with the aid of a nanny, two children acquired with the help of a surrogate mother.

In an interview with Italy’s Panorama magazine, Dolce and Gabbana, who were a couple for 23 years before breaking up in 2005, said things that gay activists tell us only “hate-filled anti-gay bigots” even think. But they are not anti-gay, obviously, so they have to be pro-gay traditional family bigots. Or something.

According to the Telegraph this is what they said:

“We oppose gay adoptions. The only family is the traditional one.

“No chemical offsprings and rented uterus: life has a natural flow, there are things that should not be changed.”

Dolce added that procreation “must be an act of love”, saying: “You are born to a mother and a father – or at least that’s how it should be.

Gabbana added: “The family is not a fad. In it there is a supernatural sense of belonging.”

Retaliation was swift. Social media sites lighted up with calls for a boycott of the Dolce & Gabbana brand. Elton John weighed in with an Instagram post branding the Italian pair “judgmental” and “archaic”.

“How dare you refer to my beautiful children as ‘synthetic’.

“And shame on you for wagging your judgemental little fingers at IVF – a miracle that has allowed legions of loving people, both straight and gay, to fulfil their dream of having children.

“Your archaic thinking is out of step with the times, just like your fashions. I shall never wear Dolce and Gabbana ever again. #BoycottDolceGabbana.”

Other celebrities have joined the boycott.

The dispute seems to have been calmed somewhat with a statement from the designers on Sunday saying their comments in the Panorama interview weren’t intended to judge the choices made by others. “I am very well aware of the fact that there are other types of families and they are as legitimate as the one I’ve known,” said Dolce.

The odd thing is that in 2006, following his domestic breakup with Dolce and the start of a new relationship, Gabbana himself revealed that he had asked a female friend to be a surrogate mother for his child. But, according to The Telegraph, he did not want the child to have two gay parents, saying it was “cruel to take a baby away from its mother”. Whether this arrangement went ahead is not clear from reports. 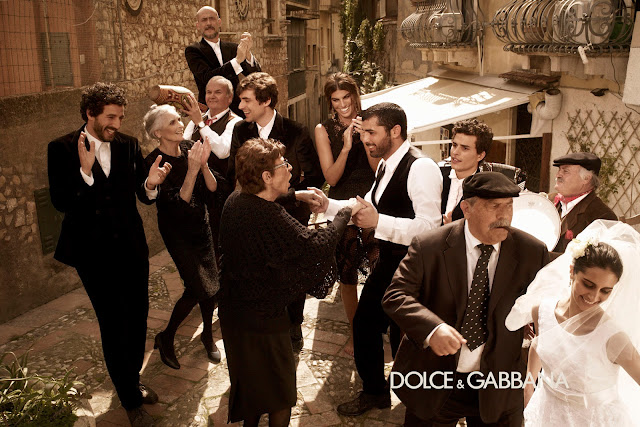 AP reports that Dolce & Gabbana have put the traditional family at the centre of their last two collections, “sending a pregnant model and models with their own children down the runway to celebrate motherhood for next winter’s womenswear collection, while featuring grandmothers with their grandsons for menswear.”

Whether all this makes them champions of the natural family, is not certain. But they certainly have muddied the waters of “bigotry” in an interesting way.