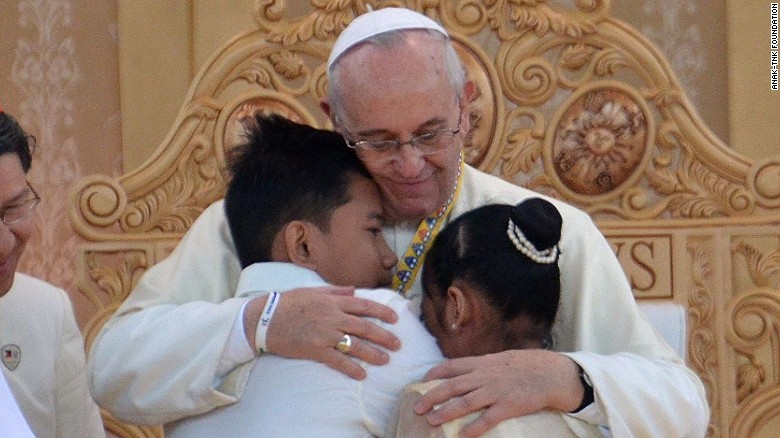 Non-Catholics may be wondering why Pope Francis’ Apostolic Exhortation, “Amoris Laetitia” or “The Joy of Love,” has Catholics in an uproar. Has the Pope changed Catholic doctrine? Has he left the doctrine officially intact, but changed pastoral practice so much that the doctrine is annulled? Now that I have taken the weekend to read it, I am convinced that Amoris Laetitia is a gift to the Church and the world.

And meaning no disrespect, but speaking bluntly: If the revolutionaries take down the Catholic Church, they will squash the rest of you like bugs.

So let me assure you: There is no change in official Catholic doctrine in Amoris Laetitia.

As for pastoral practice, Pope Francis is encouraging pastors to treat the lost, the wounded, the confused with as much sensitivity as possible. He intends it as an open invitation to the millions of souls who have been harmed by sexual sin, whether Catholic or not, to come home to the Catholic Church and draw closer to Jesus.

I can relate to the need for something like this document. Let me share a bit of Catholic “inside baseball.” I am what we call a “revert.” I was raised Catholic but left the Church for a period of time, and came back. So, I can’t be called either a “convert” or a “cradle Catholic.”

When I returned the Church after my prodigal period, my canonical situation was pretty simple. (By “canonical,” I mean what “canon law” or church law, would say about my situation. More inside baseball.) I was only on a second marriage.

But I had a whole pile of sexual sins. Like the Prodigal Son, by the time I finally came to my senses, I was desperate. I confessed having an abortion to Fr Bob Cilinski, the chaplain of the campus ministry program at George Mason University at that time. (By the way, priests are not permitted to tell what we say to them in confession. But we can say anything we want! Let me say, how grateful I am to Fr. Bob and all the other confessors I’ve had.)

Fr Bob was the first person who understood why I was upset about having an abortion. I had spoken to numerous therapists. Not one of them even considered the possibility that abortion was related to my emotional distress.

During that first confession in 12 years, Fr Bob did not go down a checklist of possible sins. “Now, I cannot give you absolution unless you are sorry for all these sins.” I shudder to think what would have happened if he had. I would have freaked out and run out of there, more upset than before. And I certainly was in no position to have a theological discussion about each and every aspect of Church teaching.

He did tell me I should come to Mass, but not receive communion. He helped me seek an annulment. But I could not go to Communion, unless and until I received a declaration of nullity. (A declaration of nullity is an official finding by a church tribunal that my first attempted marriage had never been a valid marriage.)

In other words, he did not move the goalposts to make it easier and more “pastoral” for me. He stood by the Church’s teaching in every particular way and he set me on the path to a closer encounter with Jesus. Along that path, I eventually came to see that the Church was correct about premarital sex, cohabitation and contraception too. I confessed those sins too, in due course.

By the way, this confession took place in 1988, during the pontificate of Pope St. John Paul II. According to the sexual revolutionaries, those were the dark days of doctrinal rigidity and all-around Catholic meanness. The fact is, Catholic priests have been quietly accompanying people in a pastoral manner for quite some time. Priests know better than anyone the wreckage left in the wake of the sexual revolution. Even the ones who don’t preach about it as much as I would like are still guiding people toward Jesus.

While I do wish Pope Francis had been more clear on some points, I consider Amoris Laetitia a gift to the Church and the world. No matter your faith tradition, I urge you to read the document. Start with chapters 4 and 5.

You will find Pope Francis to be like a wise grandfather or great-uncle sitting across the kitchen table. You can imagine him sharing a cup of coffee or bouncing a baby on his knees. He invites all of us to love one another, and teaches us how. That is gift enough.

This article was first published on The Blaze and has been republished with permission.

Jennifer Roback Morse Ph.D. is Founder and President of the Ruth Institute, a global non-profit organization, dedicated to creating a Christ-like solution to family breakdown. Visit at www.ruthinstitute.org or facebook.com/TheRuthInstitute/