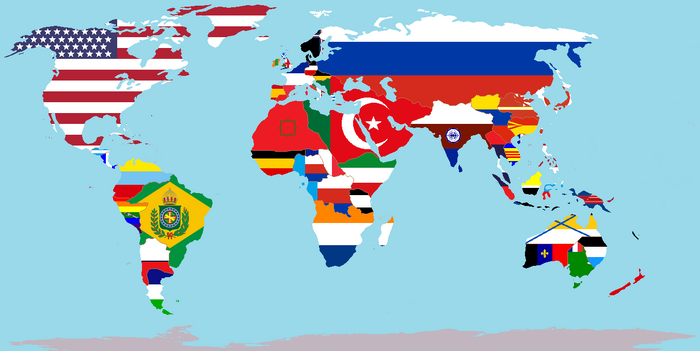 A pretentious title requires a modest beginning. The world has increasingly destabilized and it is necessary to try to state, as clearly as possible, what has happened and why. This is not because the world is uniquely disorderly; it is that disorder takes a different form each time, though it is always complex.

To put it simply, a vast swath of the Eurasian landmass (understood to be Europe and Asia together) is in political, military and economic disarray. Europe and China are struggling with the consequences of the 2008 crisis, which left not only economic but institutional challenges. Russia is undergoing a geopolitical crisis in Ukraine and an economic problem at home. The Arab world, from the Levant to Iran, from the Turkish border through the Arabian Peninsula, is embroiled in politically destabilizing warfare. The Western Hemisphere is relatively stable, as is the Asian Archipelago. But Eurasia is destabilizing in multiple dimensions.

We can do an infinite regression to try to understand the cause, but let’s begin with the last systemic shift the world experienced: the end of the Cold War.

The Repercussions of the Soviet Collapse

The Cold War was a frozen conflict in one sense: The Soviet Union was contained in a line running from the North Cape of Norway to Pakistan. There was some movement, but relatively little. When the Soviet Union fell, two important things happened. First, a massive devolution occurred, freeing some formally independent states from domination by the Soviets and creating independent states within the former Soviet Union. As a result, a potentially unstable belt emerged between the Baltic and Black seas.

Meanwhile, along the southwestern border of the former Soviet Union, the demarcation line of the Cold War that generally cut through the Islamic world disappeared. Countries that were locked into place by the Cold War suddenly were able to move, and internal forces were set into motion that would, in due course, challenge the nation-states created after World War I and the fall of the Ottoman Empire that had been frozen by the Cold War.

Two emblematic events immediately occurred. In 1990, even before the collapse of the Soviet Union was complete, Iraq invaded Kuwait and seemed to threaten Saudi Arabia. This followed an extended war with Iran from which Iraq emerged in a more favorable position than Tehran, and Baghdad seemed to be claiming Kuwait as its prize. The United States mobilized not only its Cold War coalition, but also states from the former Soviet bloc and the Arab world, to reverse this. The unintended consequence was to focus at least some Sunnis both on the possibilities created by the end of the Cold War and on the American role as regional hegemon, which in turn led to 9/11 and is still being played out now, both to the south and north of the old Cold War dividing line.

The second event was the breakup of Yugoslavia and the Serbian-Croatian-Bosnian war that left about 100,000 people dead. It was a war of old grudges and new fears. It seemed to represent a unique situation that was not applicable to the rest of the region, but it in fact defined the new world system in two ways. First, Yugoslavia was the southern extension of the borderland between the Soviet Union and Western Europe. What happened in Yugoslavia raised questions that most people ignored, about what the long-term reality in this borderland would be. Second, among other things, the war centered on an east-west schism between Christians and Muslims, and the worst of the bloodletting occurred in this context. The United States and NATO interceded in Kosovo against Serbia despite Russian protests, and Moscow was ultimately sidelined from the peacekeeping mission that defused the war. The explosion in the Balkans foreshadowed much of what was to come later.

While Russia weakened and declined, the two ends of Eurasia flourished. The decade following the collapse of the Soviet Union and the reunification of Germany ushered in a period of significant prosperity that had two results. The European Union, created through the Maastricht Treaty the same year the Soviet Union disintegrated, expanded its influence eastward into the former Soviet sphere and southward, incorporating disparate states whose differences were hidden by the prosperous period. And China, after the end of the Japanese economic miracle, became the global low-wage, high-growth country, powered by the appetite for its exports in prosperous Europe and North America.

The forces at work in Eurasia were hidden. The fragility of peripheral nations in Europe relative to German economic power was not fully visible. The cyclical nature of China’s growth, similar in many ways to the dynamics of Japan in the previous generation, was also invisible. The consequences of the end of the Cold War Islamic world, the forces that were unleashed beneath the surface and the fragility of the states that were containing them were hidden beneath the illusion of American power after the victory in Kuwait. Only in Russia was weakness visible, and one of two erroneous conclusions was reached: Either Russia was permanently impotent, or its misery would cause it to evolve into a liberal democracy. All seemed right with Eurasia.

The first indication of trouble was, of course, 9/11. It was the American attack that was critical. Drawing on the recollection of Desert Storm, it was assumed that American power could reshape the Islamic world at will. All power has limits, but the limits of American power were not visible until later in the 2000s. At that point two other events intervened. The first was the re-emergence of Russia as at least a regional power when it invaded Georgia in 2008. The other was, of course, the financial crisis. Both combined to define the current situation.

The financial crisis transformed Chinese behavior. Although China was already reaching the end of its economic cycle, the decline in appetites for Chinese exports changed the dynamic of China’s economy. Not only did the decline suppress growth, but Beijing’s attempts to shift growth to domestic consumption created inflation that made its exports even less competitive. The result was a political crisis as the Chinese government became increasingly concerned about instability and therefore increasingly oppressive in an attempt to control the situation.

At the other end of Eurasia, the differences between the interests of Germany — Europe’s major exporter — and those of Southern Europe’s developing economies exposed the underlying contradiction in the European Union. Germany had to export. The weaker countries had to develop their economies. The two collided first in the sovereign debt crisis, and again in the austerity policies imposed on Southern Europe and the resulting economic crisis. As a result, Europe became increasingly fragmented.

In a reversal of roles, Russia took advantage of the fragmentation of Europe, using its status as a natural gas supplier to shape Europe’s policies toward Russia. Russia was no longer the cripple of Europe but a significant regional power, influencing events not only on the Continent but also in the Middle East.

It was at this point that Russia encountered the United States. The United States has an elective relationship with the rest of the world. Except when a regional hegemon is trying to dominate Europe, the United States limits its global exposure. It exports relatively little, and almost half of what it does export goes to Canada and Mexico. But as Russia became more assertive, and particularly as it tried torecoup its losses after the fall of the Ukrainian government and the ensuing installation of a pro-Western government, the United States began to increase its focus on Ukraine and the borderlands between Europe and Russia.

At the same time that Washington felt it had to respond to Russia, the United States sought to minimize its exposure in the Middle East. Recognizing the limits of its power, the United States came to see the four indigenous powers in the region — Turkey, Iran, Saudi Arabia and Israel — as bearing the primary responsibility for regional stability and as counterbalances to each other’s power.

The Current State of Play

This brings us to the contemporary world. There is general economic malaise around the globe. That malaise has forced China to control social forces by repression. It has created an existential crisis in Europe that goes far beyond Greece but is being acted out in a Greek-German relationship. The Russians have reached for regional power but have fallen short, for the moment. The nation-states of the Middle East are fraying, and the four major powers are maneuvering in various ways to contain the situation.

The United States remains the world’s leading power, but at the same time, the institutions that it used during the Cold War have become ineffective. Even though NATO is increasing deployments and training in Eastern Europe, it is a military alliance that lacks a substantial military. The International Monetary Fund has become, in many cases, the problem and not the solution to economic difficulties. The United States has avoided entanglement in the economic problems in Europe and China and has limited its exposure in the Middle East. Yet it is becoming more directly involved with Russia, with its primordial fear of a European hegemon aroused, however far-fetched the prospect.

After every systemic war, there is an illusion that the victorious coalition will continue to be cohesive and govern as effectively as it fought. After the Napoleonic Wars, the Congress of Vienna sought to meld the alliance against France into an entity that could manage the peace. After World War I, the Allies (absent the United States) created the League of Nations. After World War II, it was the United Nations. After the Cold War ended, it was assumed that the United Nations, NATO, IMF, World Bank and other multinational institutions could manage the global system. In each case, the victorious powers sought to use wartime alliance structures to manage the post-war world. In each case, they failed, because the thing that bound them together — the enemy — no longer existed. Therefore, the institutions became powerless and the illusion of unity dissolved.

This is what has happened here. The collapse of the Soviet Union put into motion processes that the Cold War institutions could not manage. The net assessment, therefore, is that the Cold War delayed the emergence of realities that were buried under its weight, and the prosperity of the 1990s hid the limits of Eurasia as a whole. What we are seeing now are fundamental re-emerging realities that were already there. Europe is a highly fragmented collection of nation-states. China contains its centrifugal forces through a powerful and repressive government in Beijing. Russia is neither an equal of the United States nor a helpless cripple to be ignored or tutored. And the map of the Middle East, created by the Ottomans and the Europeans, has hidden underlying forces that are rearing their heads.

The United States is, by far, the world’s most powerful nation. That does not mean that the United States can — or has an interest to — solve the problems of the world, contain the forces that are at work or stand in front of those forces and compel them to stop. Even the toughest guy in the bar can’t take on the entire bar and win.

A Net Assessment of the World is republished with permission of Stratfor.