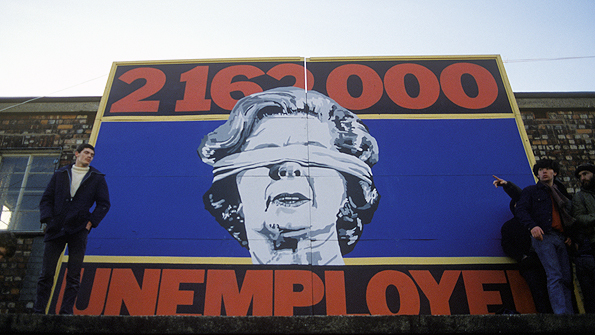 My first encounter with Margaret Thatcher was just a few days before she won the 1979 vote of no confidence – the vote which brought down Jim Callaghan’s government and precipitated the 1979 general election.

She was in Liverpool, campaigning in the Liverpool Edge Hill by-election. As I turned into Prescot Road I almost collided with her, with the Conservative candidate, and with Ken Dodd who was brandishing his hallmark bright blue tickling stick.

The Conservatives lost their deposit in the by-election but won the vote of confidence in the House and then the general election. I served in the House of Commons throughout her time as Prime Minister and in recent years we have both been members of the House of Lords.

She was a staunch believer in the accountability of elected representatives to the House of Commons and she was a consummate politician and parliamentarian. Unfailingly, twice a week, she came to the Commons and positively relished the jousting of Prime Minister’s Question Time. Unlike some other holders of that high office she passionately believed in the paramountcy of Parliament and was unfailingly courteous in dealing with members of the House of Commons.

In the early days I voted for her laws to outlaw secondary picketing and to introduce the secret ballot and I entirely agreed with her that new labour laws to curb industrial anarchy were long overdue. I also supported her brave decision to go to war when a military junta seized the Falkland Islands and her intelligent and strong approach in dealing with the Soviet bloc — which helped usher in the changes in Eastern Europe.

My differences with her were over the failure to see the consequences of mass de-industrialisation.

Phenomenal unemployment in cities like Liverpool paved the way for civil unrest, for today’s benefits culture and for the decimation of the coal field communities. A failure to cushion the blow and to provide transitional work led to social unrest and division. The poll tax was equally divisive and ill-judged.

After the Toxteth Riots the Bishop and Archbishop of Liverpool urged her to take a more compassionate approach. Archbishop Derek Worlock told me at the time that her husband Denis had turned to him and David Sheppard and said, “that isn’t really one of Margaret’s words.”

Out of office, with Labour’s Peter Shore, I backed her call for a referendum on Maastricht. I favoured much of the treaty but believed, as she did, that the public were entitled to vote on something so significant. Like her, I opposed the subsequent Lisbon Treaty, and have opposed Britain being increasingly pushed towards the elitist agenda of a United States of Europe.

I once arranged a private meeting between Margaret Thatcher and Mother Teresa of Calcutta, who was visiting London — two formidable women.

Mother Teresa told me afterwards that she had challenged the Prime Minister about the number of people sleeping rough on the streets and the number of unborn children aborted each day in the UK.

In response, Margaret Thatcher gave her a short speech on Britain’s welfare provisions and social security. Mother Teresa simply responded by asking, “but do you have love?”. Notwithstanding this, the two women clearly liked and understood one another very well.

Although Margaret Thatcher and I disagreed about the need to reform the abortion laws – and she refused to give time to allow my private member’s bill which sought to reduce the upper time limit to complete its parliamentary stages – I was particularly pleased when she came to the House to vote on my motion opposing the further destruction of human embryos and the creation of animal-human hybrid embryos. She told me she saw no scientific reasons for such experiments.

She was deeply affected by the INLA’s murder of Airey Neave (which happened in the precincts of Parliament the day after my election in the Edge Hill by-election). Airey Neave was her friend and Northern Ireland Spokesman.

The hunger strikes and death of Bobby Sands marked a real low point in British-Irish affairs and many despaired about the possibility of political progress. Although it was left to John Major to initiate the Northern Ireland Peace Process, and to Tony Blair to see it through, Margaret Thatcher’s decision to establish the Anglo-Irish Agreement was the first step in this arduous process. It also illustrated her ability to overcome any personal bitterness and to see the pragmatic case for finding a way out of the quagmire of sectarian killings.

Although many will concentrate on the things about which they disagreed with Margaret Thatcher, it would be churlish and disingenuous of them not to acknowledge her remarkable achievements. She always described herself as a conviction politician and no one was ever in any doubt about what she believed and why.

It is worth contrasting this with the political ambiguities and political posturing which seems to characterise so much of today’s politics, too often seeking the main chance and the appeasement of special interest groups.

May she rest in peace.

David Alton sits as a crossbench Independent Peer as Lord Alton of Liverpool and before standing down from the House of Commons he was a Liberal MP. This article has been republished, with permission, from his blog.

For 18 years David Alton was a Member of the House of Commons and today is  an Independent Crossbench Life Peer. He began his career as a teacher but, in 1972, he was elected to Liverpool... More by David Alton