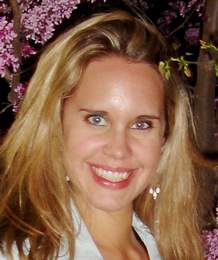 “If you knew Erika, it was her spirit that made the biggest impression,” as a friend of hers wrote posthumously. “Erika put her heart into her relationships with her friends and family.” Erika is not forgotten by her parents, who like any parents who have lost a child, try to cope best they can. “We don’t speak about Erika in the past,” Karen told us in a phone call. Recently retired to Arizona, they had envisioned many visits by their dear daughter who loved that house. But she’s not there.

Such accidents from contraceptives happen quite regularly, even if the pharmaceutical industry and the medical system in general try to minimize the level of risk. The Langharts worked with other families to compile a list of 18 cases of young women who either died or were seriously harmed by Nuvaring. You can read about these cases on the website NuvaRingTruth.com. Beyond the numbers, we read in these stories the personal tragedies they briefly illustrate:

These few reported cases from courageous families who chose to speak up are raising a loud cry of alarm about an epidemic problem. In France, pushed by the public outcry of cardio-vascular accidents caused by the pill, the administration in charge of pharmaceutical regulation documented that on average, every year, contraceptive pills were responsible for 2,529 cases of deep venous thrombosis, a blood clot that travels to the lungs and blocks the respiratory system. They also reported 20 deaths a year for the same reason. This number of casualties is very likely a low estimate of the reality. It doesn’t include the incidence of strokes that happen when a blood clots travels to the brain. It doesn’t include the many families that never find out the real cause of these accidents or are too grieved to report them. Yet, it gives us an idea of the scale of the problem in a country where 4.27 million women use the Pill and where great health care is available. What is happening among the other 95 million women who use these drugs all over the world?

But so far, the pharmaceutical industry has succeeded in managing the crisis effectively in their own way. Their strategy is simple: let lawyers organize a class action suit, negotiate a settlement that covers some of the hefty healthcare costs families have to pay, and in so doing, take away these families’ freedom to speak up. A $100 million settlement is nothing considering the multi-billion revenues from Nuvaring. What matters is that the sales can continue, which they will until the FDA intervenes and until the medical professionals start really warning women about the risks. Until then, the settlements outside court are an effective way to sweep the tragedies under the rug.

Karen and Rick Langhart, along with other families of victims of Nuvaring, have chosen a different, more difficult path than settling. Beyond their grief, they see the injustice of a system that has given up to convenience and profits at the expense of the safety and health of women.

“It’s billions and billions of sales a year and you know they consider my daughter an acceptable risk factor. She was not an acceptable risk factor,” says Karen Langhart.  They decided to stand up for what was just and right. Courageously, they turned down their share of a $100 million settlement offer by Merck. “We want a trial,” Karen told us. She started a nonprofit organization called “Informed Choice For AmErika” to raise awareness about the risks of NuvaRing. Karen also worked with others to send a letter to Congress asking them to consider this issue and ask the FDA to better protect women.

Remember the Alamo. On March 6, 1836, after a 13-day siege, General Santa Anna and an army of 1500 launched an assault of the Alamo Mission and killed or executed all of its defenders, between 180 and 257. The outrage caused by these deaths rallied the Texans, most of them settlers and adventurers, and on April 21, 1836, they defeated the Mexican army, ending their occupation of Texas.

Let’s remember Erika Langhart and her untimely death, one too many victims of the contraceptive industry. Can we appeal to the same sense of justice and fairness as those Texan pioneers to reclaim a healthier way of life for women?

Join the outcry. We have to speak up. For some women it is a matter of life and death. This is what you can do:

* If you know someone who has suffered from the side-effects or damages of any contraceptives, tell that story on one or all of the websites found at Natural Womanhood

* Make a donation to these websites to help their cause

In France, following the results of the study mentioned above, sales of third and fourth generation pills dropped 50 percent, and the government estimated that as a result, at least 341 women were spared from a dangerous blood clot.

We can accomplish the same and save even more daughters, wives, mothers by calling for more transparency and true risk awareness about all hormonal contraceptives.

We won’t be well until we have.

Gerard Migeon is the editor of Natural Womanhood, a non-profit that promotes fertility charting so that women know their bodies, and enjoy good health, sexual intimacy, and effective family planning. This article first appeared on Natural Womanhood, a MercatorNet partner site.