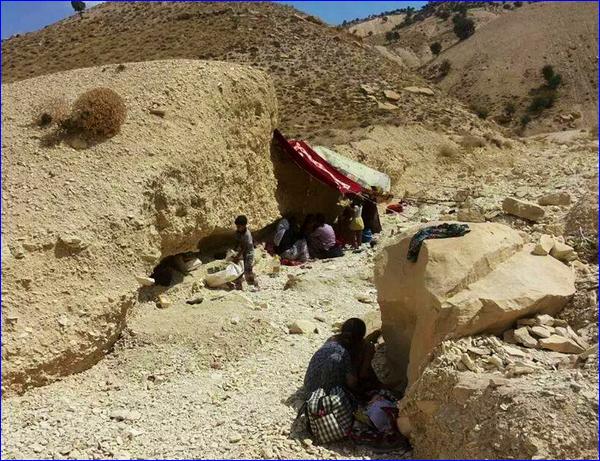 Barbarism has returned in a supposedly civilized world. What can we do?

“How do you dialogue with a fanatic,” asks an Iraqi Patriarch in the middle of insane violence.

Chaldean Catholic Patriarch Louis Raphael I Sako says he is working with the government of Iraq to bring Christian refugees to Baghdad.

The majority of Christians who have been driven from villages and towns in the Plain of Nineveh are living in dangerous conditions, in makeshift facilities that are now overflowing. In the Iraqi capital, there would be greater care in terms of hygiene, medical care and personal safety.

The Patriarch is also convinced that the American airstrikes are not enough to stop the pressure and advance of ISIS troops.

Here’s part of the fuller interview with Aleteia.org.

Is it true that ISIS militants are asking Christians to pay a tax in order to save their lives and are likewise abducting women and taking them as their wives?

These two reports are true. Christian women have been abducted, and taxes have been demanded. In particular, these Islamic fanatics ask Christians for money to allow them to return to their homes. But the Christians don’t trust them. They are people who continually change their minds: they are unreliable. Perhaps today a Christian pays, returns home to stay there in peace, and tomorrow the militants attack him again, and one never knows what the consequences will be.

The government in Baghdad has accused ISIS Sunni jihadists of having thrown hundreds of Yazidis into mass graves, including women and children who were still alive. What can can you tell us about this?

What you’ve heard happened to the Yazidis is true. More than a thousand women have been kidnapped. A great many children are dead. The people have neither food nor water and they feel cut off from the world. They don’t know where to go or what to do.

In speaking about the crisis in Iraq, Archbishop Sivano Maria Tomasi, the Holy See’s Permanent Observer to the United Nations in Geneva, has said that “military action at this time is needed.” What do you think about US military intervention?

Partial strikes are not enough. The solution to the crisis needs a broader agreement, with the involvement of the Kurdish government and the Iraqi central government. Without an overall strategy, the dream of seeing the people return to their homes will not happen.

In your opinion, what will we see happen in the days to come?

The Telegraph is reporting this dire situation, which is merely reporting the truth on the ground there.

The last day of Qaraqosh’s time as a Christian town, a time almost as old as Christianity itself, began with a mortar shell at nine in the morning.

It came through the roof of Melad and Marven Abdullah’s house on Wednesday, killing them instantly. Melad was nine; his cousin, Marven, four. The mortar struck Marven in the head as it landed. They found his arms and feet, crushed against the wall, but nothing else.

The family’s next-door neighbour, Enam Eshoo, had popped in to deliver some fresh drinking water; she too died where she fell.

The day ended with an order to evacuate. Within a couple of hours, the city’s tens of thousands of inhabitants were crowding the road to Kurdistan, fighting with troops manning checkpoints, trying to find shelter where they could.

The streets of the capital Erbil’s newly Christian suburb, Ainkawa, swelled by exiles from ten years of punishing terror and oppression in northern Iraq, are now full of stunned and helpless people. They are camping on the floors of church halls, in a building site, in the street. An old woman was sleeping in a flower bed. Another begged for help.

“Please take me home,” the woman, Azat Mansur, said. It was not clear what she meant by “home”; it sounded more spiritual than real, since her home is now under the control of the jihadists of the Islamic State.

“I can’t stay here any more, or anywhere else. They are going to kill us. They will cut our heads off, if we stay here.”

There is great fear that the advance of the jihadists of the Islamic State is not over, that even Erbil is not safe, two days after the jihadists advanced to within 30 miles.

Mrs Mansur knows them directly, having fled their June advance into Mosul, from where she and all the other Christians were expelled. The jihadists stole $2,000 and her mobile phone at a checkpoint before they let her go, she added…

It has been Christian since the earliest years of the faith.

Islamic State, the ultra-jihadist al-Qaeda off-shoot that now controls large parts of the country, first tried to attack in late June, after its sweep through Sunni areas of the north and west.

In that case, they were beaten back, or at least did not press their assault. It seemed for a while as if their forces were stretched thinly, bolstered by their allies in the primarily Sunni tribes of western Iraq but not able to reach into areas where those tribes had no interest, such as Kurdish or Christian regions. The promised attack on Baghdad never materialised, either.

But that assessment was wrong. In the last three weeks, IS has made substantial gains in both Syria and against the Kurds, seizing 17 towns in the last week alone, according to their own account, and Mosul Dam, the country’s largest.

Last weekend, they sent the entire population of another beleaguered minority, the Yazidis, into flight north-west of Mosul. Thousands are still camped out on a mountainside, surrounded, starving and awaiting some form of deliverance.

The residents of Qaraqosh had feared they were next in line, but even so, events happened faster than they expected.

Mr Abdullah, a member of the local home guard, was on duty when the mortar hit on Wednesday morning. “There was blood and flesh on the ground,” he said, as he stood in the gardens of St Joseph’s Cathedral in Ainkawa, a church of the Chaldean Catholics, one of Iraq’s patchwork of sects. He himself, like most in Qaraqosh, is from the Assyrian Catholic church.

Alongside Marven and Melad, who was killed by shrapnel in the head and chest, Anas, Mr Abdullah’s seven-year-old younger son, was also seriously injured.

The mortars landed all Wednesday, and families began to pack up and leave. The Abdullah family and the relatives of Enam Eshoo stayed on for the funeral, which was held in the Church of the Virgin Mary at 5pm.

There has been a church on the site since the earliest years; it was mentioned by travellers in the 12 Century.

Not long after the funeral, a mortar landed outside the church’s front gate.

Shortly after that again, a ticker tape notice on the satellite news channels flashed a warning, said one resident, Wissam Isaac. Mr Isaac worked at a Qaraqosh primary school, teaching the local Syriac language, derived from Aramaic, the language of Christ.

The ticker said the Kurdish army, the Peshmerga, on whom the residents had been relying for their defence, was withdrawing.

“Before this time, no-one really thought we would have to leave,” he said. “We trusted the Peshmerga. They said they would save us. They stayed in our houses. We can’t believe this has happened.”

Today, ethnic cleansing has a feeling of permanence.

“Without our homeland, we face extinction as a people,” said Mardean Isaac, a British-Assyrian writer. “We are watching our last chance for survival disappear.”

Sitting on the floor of an Ainkawa church hall, watched over by a statue of the Virgin Mary, Bassma Yousef said she could barely find milk for her 20-day-old baby, Mervy, let alone food for the rest of her family. The thousands of people here are eager for hand-outs from aid organisations, the United Nations, or anyone who can help them, before they leave and move on, as they feel they must.

They are less interested in the two bombs that Washington finally dropped on the Islamic State on Friday, regarding them as too little, too late.

So American scholars and other leaders have launched a desperate relief effort, and anyone can sign on to help.

The so-called Islamic State of Iraq (ISIS/ISIL) is conducting a campaign of genocide against Christians, Yazidis, and others in Iraq. In its fanatical effort to establish a caliphate, ISIS/ISIL has engaged in crimes against humanity by deliberately causing mass starvation and dehydration, and by committing unconscionable acts of barbarism against noncombatants, including defenseless women, children, and elderly persons.

President Obama was right to order airstrikes against ISIS/ISIL to stop its advance on key cities, as well as to provide humanitarian assistance to people fleeing their assaults. Much more needs to be done, however, and there is no time to waste.

We, the undersigned, are Democrats, Republicans, and Independents. We are conservatives, liberals, and moderates. We represent various religious traditions and shades of belief. None of us glorifies war or underestimates the risks entailed by the use of military force. Where non-military means of resolving disputes and protecting human rights are available, we always and strongly favor those means. However, the evidence is overwhelming that such means will not be capable of protecting the victims of the genocide already unfolding at the hands of ISIS/ISIL.

Read the whole thing and sign on if you agree. If not, at least be increasingly aware of what’s going on.

What is happening to these people now, and the further threats they face, would not be happening but for errors and failures of our nation’s own in Iraq.  This can and should be acknowledged by all, despite disagreements we may have among ourselves as to precisely what these errors and failures were, and which political and military leaders are mainly responsible for them. The point is not to point fingers or apportion blame, but to recognize that justice as well as compassion demands that we take the steps necessary to end the ISIL/ISIS campaign of genocide and protect those who are its victims.

So help us God, to do what is within our power.