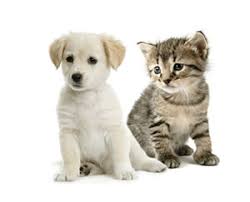 If you were thinking about having your dog
or cat neutered, now there is an added incentive! As was mentioned by Bill
Muehlenberg in his MercatorNet
article on PETA seeking to have the Bible less “speciesist”, the good folk
at People for the Ethical Treatment for Animals are giving away one
free vasectomy (up to the value of $500) for anyone who can prove that they
had a dog or cat neutered between March 29 and April 27, 2011.

Of course, having fewer humans is exactly
up PETA’s alley. As they state in the competition announcement:

“Human
overpopulation is crowding out animal life on the planet… Disappearing
wilderness, vanishing water resources, and pollution is the price that future
generations will pay for more human births…with a global population of almost
7 billion humans, more of our species could use a (voluntary) snip…”

Thus, getting one person neute…I mean,
giving one man a vasectomy, is one small step towards ensuring that there we do
not crowd out animal life on this planet.
And furthermore, your lifestyle will not have to change a bit:“Don’t
worry boys – you’ll still be able to enjoy sex.”

This is good, because I’m sure that many
people would want to help out our animal friends, but would baulk if the price
was not being able to enjoy sex…

It is not entirely clear whether the snip
must be done at the same facility that the dog or cat was neutered in. But I’m
sure that that would be the best way to show solidarity with our feline and
canine comrades – we can’t expect them to go under the vet’s knife if we’re not
prepared to do the same thing.

What struck me as most tragically hilarious
about the whole thing is that PETA have the chutzpah/ignorance to say that this
competition is “in honor [sic] of National Infertility Awareness Week (April 24
to 30)”.

The goal of National
Infertility Awareness Week is “to raise awareness about the disease of
infertility” and one of goals of the National Infertility Association is “to
enhance public understanding that infertility is a disease that needs and
deserves attention”.

Of course, there is no better way to honour
those goals than to ensure that someone else is infertile. Along similar lines,
I think that I might honour blind week in New Zealand this October by offering
to gouge one lucky person’s eyes out.