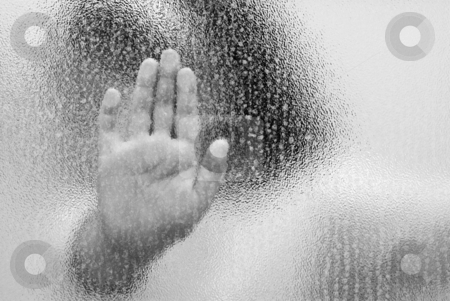 The conviction of a gay couple who lived in Australia and the United States for trafficking their adopted surrogate baby and using him to make paedophile pornography ought to provoke questions about the wisdom of same-sex adoption and marriage.

Mark J. Newton, 42, American-born, but an Australian citizen, and his long-term partner Peter Truong, 36, an Australian, were arrested in Los Angeles in 2011. The facts of the case, which was tried in Indiana, have just emerged after Newton was sentenced to 40 years last Friday. Truong is awaiting sentencing.

The abuse was so appalling that the case was tried at a district court level to avoid subjecting a jury to the repellent images.

Media reports only provide a sketchy outline of the story. However it appears that Newton and Truong, who were based in the Queensland city of Cairns, began searching for a surrogate mother in the US in 2002. There they were unsuccessful. But in 2005 they found a Russian woman and paid her US$8,000 to bear a child. Newton was the biological father. The mother handed the child over five days after birth. *

The pair began sexually abusing the child when he was less than two weeks old. They also took him around the world and allowed him to be abused by at least eight men in several countries. Photographs and videos were uploaded to a paedophile site. The men told the child that the abuse was normal behaviour and coached him on what to say if he were ever questioned.

American police say that the child was created “for the sole purpose of exploitation”. “Personally… I think this is probably the worst [paedophile] rings… if not the worst ring I’ve ever heard of,” was the comment of an investigator from the US Postal Inspection Service.

The child is now in foster care.

Abuse of infants and children is not confined to homosexuals. But Newton and Truong actually portrayed themselves in the media as champions of gay rights. Under the headline “Two dads are better than one”, the ABC (Australia) described the idyllic world of their son in 2010. “Becoming gay parents was hard work for Pete and Mark but they’d do it all over again if they had to,” the ABC journalist wrote. “It’s a happy, relaxed family scene. But it wasn’t an easy road to get there. After many hurdles [their son] was born by surrogacy in Russia.”

Three years later, the words ring false, but the journalist was completely duped. “We decided that we would have a child, that it was time for us to have a family. We wanted to experience the joys of fatherhood and we started our surrogacy over in the United States back in 2002,” Truong told him.

Incredibly, they admitted that one of the difficulties they faced was police suspicion that they might be paedophiles. The journalist asked whether the authorities believed that there was “something dodgy … something paedophlic going on here?” Newton seems to have laughed it off. “Absolutely, absolutely, I’m sure that was completely the concern,” he responded.

Child abuse, sadly, is nothing new. What is new is bringing children into the world for the express purpose of being abused. The toxic combination of same-sex adoption and surrogate motherhood makes that possible.

Last year I asked American and Indian IVF clinics whether the demand for surrogate mothers would rise when same-sex marriage was legalised. The response of a doctor in Hyderabad whose clinic catered for gay clients was typical: ”We have seen an increase in the number of gay couples and single men approaching our clinic as soon as legitimacy to their public union is granted in their respective states or country.”

Whether the clinics are in India, or Guatemala, or the Ukraine, or Cyprus, surrogate mother brokers do not ask many questions about what happens to the children after they are handed over.

Children are created as an industrial product in overseas baby farms. They have no mother. They are brainwashed to accept abuse as normal. Their owners are entitled to a presumption of respectability because of their status as a committed (and perhaps married) couple. And suspicions can be doused by treating them as homophobic paranoia.

* It later emerged that the baby had probably been purchased from a Russian woman for US$8000 and was not an IVF child.