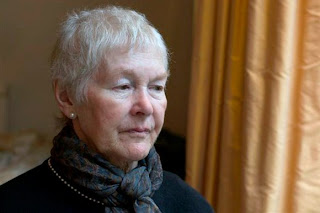 According to the Sunday Times, an 84-year-old British woman committed suicide at a Swiss facility last month because she did not want to die of old age. Nan
Maitland (pictured), who suffered from arthritis but was active and not
terminally ill, left a note saying she wished to escape the ‘long
period of decline, sometimes called “prolonged dwindling”, that so many
people unfortunately experience before they die’.

Maitland, who was separated with three children, was a joint founder of SOARS (Society for Old Age Rational Suicide), an organisation that campaigns to allow elderly people who are not terminally ill to receive assistance to end their lives.  She was accompanied on her trip by Liz Nichols of FATE (Friends at the End) and Michael Irwin,
the leading founder of SOARS, who has already been linked to a number
of overseas suicides and recently escaped prosecution for assisting in
the death of Raymond Cutkelvin, who suffered from cancer of the
pancreas.

On that occasion Irwin had literally begged the Director of Public Prosecutions (DPP) to put him away so that he could become a martyr for the pro-euthanasia movement. He
had even provided documentary evidence of his involvement in terms of a
£1,500 payment towards paying for Cutkelvin’s visit to the Dignitas
Suicide facility in Zurich.  In fact, Irwin, previously chairman of the Voluntary Euthanasia Society (now euphemistically rebranded ‘Dignity in Dying’) has helped no less than nine people kill themselves, and had even been struck off by the General Medical Council in 2005 for a past attempt.

This
latest case demonstrates the logical slippery slope that operates once
it is accepted that assisted suicide is admissible on grounds of
compassion or personal choice.

Despite the fact that campaign
groups like Dignity in Dying claim that they want a more limited change
in the law to allow assisted suicide only for people who are ‘terminally
ill’ (whilst quietly interpreting that term very liberally indeed),
the arguments they use (compassion and personal choice) are the same
used by their former leader Irwin and others with more overtly extreme
agendas. Irwin, through this latest case, is clearly pushing the
envelope to see more to see just how far he can go before he is stopped.
But his actions demonstrate that we are seeing in operation here
nothing other than a policy of incremental extension.

It will be interesting to hear what the Director of Public Prosecutions makes of the case. We
have seen now Swiss cases involving Britons with a wide range of
conditions. It began with terminally ill people with cancer or motor
neurone disease. It moved to those with progressive, but not necessarily
fatal conditions like multiple sclerosis, and then to those with severe
non-fatal conditions like spinal cord injury. Now it seems that
that elderly people with chronic non-fatal conditions as common as
arthritis are wanting make use of it. The net is growng wider and wider.

These cases give a strong warning of why it would be so foolish to change the law in this country. Any
change in the law to allow assisted suicide for anyone at all would
establish it as a ‘treatment option’ which others would then demand and
which the health service would be obliged to fund. This would
inevitably lead to vulnerable people – those who are elderly, disabled,
depressed or sick – feeling under pressure to end their lives so as not
to pose a financial or emotional burden to others. And at a time
when health budgets are already under pressure and many families are
feeling the pinch, that is a situation that we most definitely want to
avoid.

But probably the most disturbing thing about this case is
the fact that it could arise at all and what it tells us about our
collective societal attitudes to old age. I heartily recommend reading Christina Odone’s reflections on this.

Dr Peter Saunders is a former general surgeon and CEO of Christian Medical Fellowship,
a UK-based organisation with 4,500 UK doctors and 1,000 medical students
as
members. This article has been cross-posted from his blog, Christian Medical Comment.