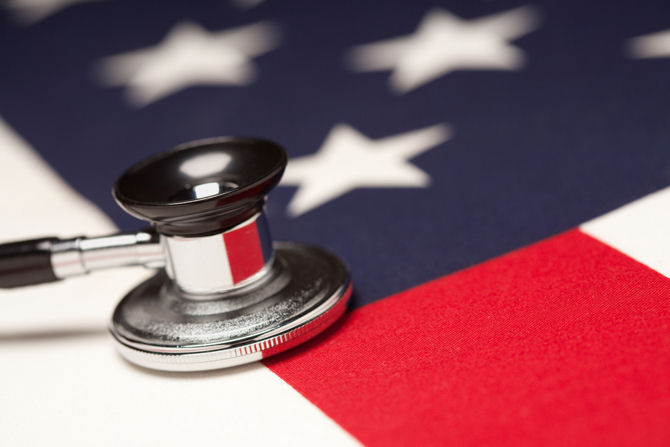 There may be a lot of people and issues causing the deep divide in government, but this is one few are talking about.

At least, few in the House, almost no one in the Senate or White House, and ditto that in what’s still called the mainstream media.

But some bold voices are speaking up about H.R. 940, the Health Care Conscience Rights Act that proved too major a sticking point in the government spending agreement that didn’t happen. The bill that took some House members a lot of work and effort to pressure Speaker John Boehner into standing up for it, in spite of opposite pressure to give in on it. All within the GOP. Democratic members of Congress are almost uniformly against it.

So what is ‘it’? This piece in the lead up to the showdown explains.

H.R. 940 advances a proposition you might expect any decent person to embrace — and it does so by making a small amendment to the Patient Protection and Affordable Care Act, aka Obamacare.

Similar language in H.R. 940 also protects employers and health-insurance issuers from being forced to buy or provide coverage for items or services to which they have a “moral or religious objection.”

H.R. 940 mirrors the first words in the Bill of Rights, which say: “Congress shall make no law respecting an establishment of religion, or prohibiting the free exercise thereof.”

To object to H.R. 940, a person must argue that the federal government has the moral and constitutional authority to force Americans to act against the teachings of their religion and the dictates of their conscience.

To defend H.R. 940, a person need only argue it is wrong for the government to force Americans to act against their religion or the conscience.

Yet, President Barack Obama and his bureaucratic subordinates are effectively doing just that by pushing forward with a regulation that will require all health care plans (except those bought directly by actual churches and their immediate auxiliaries) to cover sterilizations, contraceptives and abortion-inducing drugs.

A week later, as the deadline loomed for a government shutdown if a spending agreement wasn’t reached, U.S. bishops again implored members of both houses of Congress to stand for fundamental conscience rights, a small amendment in a massive law overhauling the healthcare system in America.

We have already urged you to enact the Health Care Conscience Rights Act(H.R. 940/S. 1204). As Congress considers a Continuing Resolution and debt ceiling bill in the days to come, we reaffirm the vital importance of incorporating the policy of this bill into such “must-pass” legislation.

Protection for conscience rights in health care is of especially great importance to the Catholic Church, which daily contributes to the welfare of U.S. society through schools, social services, hospitals and assisted living facilities. These institutions, which have been part of the Church’s ministry since the earliest days of ourcountry, arose from religious convictions. They should not be told by government to abandon or compromise those convictions in order to continue serving their own employees or the neediest Americans. Nor should individual Catholics or others be told they cannot legally purchase or provide health coverage unless they violate their conscience.

A particular threat is the Administration’s mandate for covering contraception, sterilization and related education and counseling as “preventive services” for enrollees and their minor daughters. The mandate includes drugs and devices that can act against a human life after fertilization, implicating our moral teaching on abortion as well as contraception. The more than six dozen lawsuits filed against this mandate by hundreds of for-profit and nonprofit organizations led by people of faith highlight the need to reassert Americans’ right to live and serve in accord with their deepest convictions about the sanctity of life…

We make our plea as religious leaders who strongly support universal access to health care. Such access is threatened by Congress’s continued failure to protect the right of conscience. Those who help provide health care, and those who need such care for themselves and their families, should not be forced to choose between preserving their religious and moral integrity and participating in our health care system. Please act on this matter without delay.

A coalition of House Representatives also urged Speaker Boehner to stand for the conscience rights provision as part of the spending resolution.

Under the terms of the Affordable Care Act’s HHS mandate, employers must provide all employees with insurance plans that include abortion-inducing drugs, sterilization, and contraception with no co-pay, or pay a fine of $100 per employee per day.

Business owners who are evangelical, Catholic, or otherwise hold to traditional values have sought relief from ObamaCare’s crushing provisions in the courts.

The Health Care Conscience Rights Act, introduced in March, would exempt all employers from that requirement, as well as strengthening the conscience rights of health care providers.

Its author, Congressman Jeff Fortenberry, came on my radio show Monday just before another House vote to send another proposal to the Senate, where each proposal got rejected and kicked back demanding a “clean CR”, or a continuing resolution with no strings attached. As some put it, ‘my way or the highway’. I asked the congressman whether there weren’t some senators willing to form even a small coalition to support such fundamental protection for basic conscience rights. “No,” he said, bluntly and frankly, startlingly. Partisan, strong arm politics had come to that.

Fortenberry called on everyone who heard his voice to contact their elected representatives and thank them if they supported conscience protection legislation, or encourage them to support it if they hadn’t done so yet. “This is Bigger than who it covers and other details, this is so much bigger than that,” he said. “It’s about human dignity.”

And human lives. Following Fortenberry that evening of high drama on Capitol Hill, my radio guest was Chuck Donovan, who caught my attention with this article about Obamacare subsidizing abortions, based on his studies and report detailing them. “Tens of thousands of publicly subsidized abortions.” Read it. It’s very thorough. And though it may seem wonkish, that old cliche ‘the devil is in the details’ seems to apply.

The report is summarized here:

“The issue of whether the Affordable Care Act creates streams of taxpayer funding for abortion has been hotly debated,” Chuck Donovan, president of the Charlotte Lozier Institute, said Sept. 26. “Research done by the Lozier Institute makes clear that, through the Multi-State Plans alone, Americans will be complicit in the deaths of thousands of unborn children each year through their tax dollars.”

How many Americans know that? Media haven’t mentioned it. Politicians haven’t mentioned it, beyond those working to pass the Health Care Conscience Rights Act, and they’re trying to get legislation through that protects basic provisions of the Bill of Rights. They’re not getting into the tall weeds of the ACA the way Chuck Donovan and other researchers are.

The institute estimates federal taxpayers will heavily subsidize between 71,000 and 111,500 abortions per year through federal premium tax credits and Medicaid expansion for subscribers to plans that permit abortion.

These laws mean that about 5.57 million girls and women could gain abortion coverage under the Affordable Care Act through either the Medicaid expansion or the insurance exchanges created by the act.

During debate over whether to pass the health care legislation, President Obama secured the support of several pro-life Democrats by signing an executive order that confirmed the application of long-standing restrictions on elective abortion funding to the health insurance exchanges.

However, critics of the executive order said at the time that it would not prevent federal subsidies from going to insurance plans that pay for abortion and are allowed on the health exchanges.

Donovan, the report’s author, said that the current multi-state plans’ rules would allow the administration to push for the creation of health plans that cover elective abortions in states where they are not explicitly banned.

And he told me this is only part of the profoundly complex layers of problems the ACA is fraught with, confusing as it is to most people, including those who passed it without reading it. This thing that’s called a ‘train wreck’ is so much worse than that. The collateral damage of a machine so out of control as this is potentially beyond calculation.

After people contact their elected representatives on the Health Care Conscience Rights Act, they ought to follow up quickly to contact the media and urge them to do their job as well.