President Bush’s administration is trying to secure them.
President-elect Obama’s transition team is preparing to strike them
down swiftly.

It’s a clash of worldviews over what constitutes human rights, and what is worth protecting.

The outgoing Bush administration this week will finalize
a regulation establishing a “right of conscience” allowing medical
staff to refuse to participate in any practice they object to on moral
grounds, including abortion but possibly birth control and other health
care as well.

In transition offices across town, officials in the incoming Obama
administration have begun considering how and when to undo it.

The regulation is one of a swath of abortion and other
reproductive-health issues under review by the Obama team, which is
preparing to reverse a variety of Bush measures, according to officials
close to the transition. The review is part of a sweeping scrutiny of
Bush-era legislation and regulation on issues across the federal
government, from environmental and labor rules to defense spending.

First of all, abortion is not reproductive health. It’s time we use words clearly to mean what they say.

Furthermore, the incoming administration is poised to make this one
of Obama’s first acts, placing a high priority on unfettered access to
abortion and contraception. And on how we even think about them from an early school age.

Decisions that the new administration will weigh
include: whether to cut funding for sexual abstinence programs; whether
to increase funding for comprehensive sex education programs that
include discussion of birth control; whether to allow federal health
plans to pay for abortions; and whether to overturn regulations such as
one that makes fetuses eligible for health-care coverage under the
Children’s Health Insurance Program.

Calling children in the womb “fetuses” depersonalizes and
dehumanizes them, making it all the easier to deny them coverage and
protection.

Women’s health advocates are also pushing for a change
in rules that would lower the cost of birth control at college health
clinics.

Many other questions are lining up on both sides, over social and moral issues.

Among them is the “right of conscience” regulation that
is expected to be published this week. It will take effect 30 days
after being issued. That means that if the Bush administration issues
the regulation this week, it will become final before Mr. Obama’s
inauguration on Jan. 20, and his administration won’t be able to undo
it easily.

True women’s and reproductive health advocates certainly hope he will not, at all. 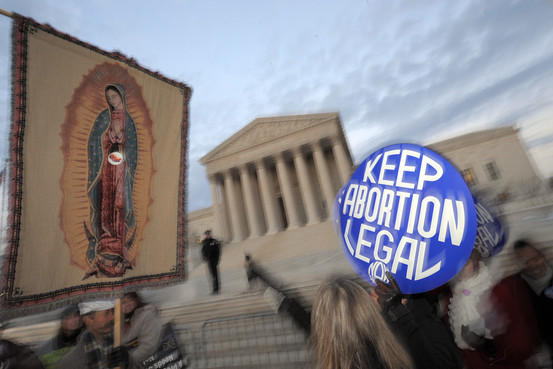