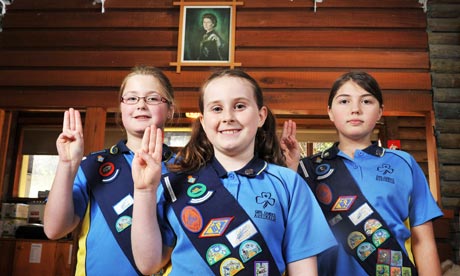 “This above all,” says the old counselor to his son, advising the lad before his departure for France to play the young aristocrat on tour, “to thine own self be true.” Maintain that truth, he says, and then it will follow, “as the night the day, / Thou canst not then be false to any man.”

Shakespeare, alas, is so great a poet that his readers sometimes mistake deliberate banality for wisdom. This famous line is a case in point. It is uttered by Polonius, a shallow, prating, tedious old man, who is anything but straightforward in his behavior. He encourages his daughter Ophelia to play hard to get, to land the prince who loves her; he sends a servant to France to spy on his son; and he is slain while hiding behind the curtain in the Queen’s room in order to eavesdrop on her conversation with Hamlet. “Thou wretched, rash, intruding fool, farewell,” says Hamlet, “I took thee for thy better.”

Shakespeare is deeply suspicious of people who are true to themselves, and not to God or to their country: such, in his three parts of Henry VI, are the proud self-absorbed villains Suffolk and Richard of York, responsible for instigating the civil wars that embroil England during the fifteenth century. But this suspicion seems not to have entered the minds of the leaders of the Girl Guides of Australia, who have recently revised the oath the girls must take. From now on, instead of swearing loyalty to God, to the queen, and to Australia, each girl will swear, “I will be true to myself and to my beliefs.”

It’s easy enough to enjoy a hearty laugh at the stupidity of the change. Indeed, the oath is not an oath at all, but rather implies the repudiation of all oaths. To say, “I will be true to myself,” is equivalent to saying, “I will do just as I please,” nor does the addition of “my beliefs” provide any limit to the narcissism, since what is emphasized is not the objective truth of those beliefs, or their transcendent authority, but merely the fact that they happen to be mine. When they cease to please me, then, I am free to alter them, to “believe” something else, to “bend with the remover to remove.” When the wind turns, so does the weathervane.

Why attach any importance to something so petty? “Stupidity is always a vice,” writes Jacques Maritain, and if man is by nature a political animal, then this sort of institutionalized stupidity has implications for the polity. No doubt many of the founders of the United States were selfish in their personal lives; but the men who signed the Declaration of Independence took the irrevocable step beyond that selfishness, pledging all that they had and all that they were, even their “sacred honor,” for the welfare of their country. It was not devotion to himself that kept George Washington firm throughout the bitter winter at Valley Forge.

Man finds himself by giving himself away in devotion to what is objectively good and true and beautiful; the converse also is true, that he loses himself by narcissism. Witness the Greek myth of the boy, Narcissus, wasting away as he gazes upon his own image in the pool. It is impossible to lead a nation of narcissists, then, because there are no fully realized persons to lead. Narcissists do not endure the snow and the ice, with mere rags binding their bleeding feet. A narcissist may well sweat and slog for his own prestige, to be the center of an adoring crowd; but a hundred such, to the extent that they cling to their narcissism, will be like a hundred cats, unable to unite even for the common good.

I say that people who swear to do as they like cannot be led. I do not say that they cannot be imposed upon. They will not be free citizens. They may well be underlings in a tyranny. That is the case in Huxley’s Brave New World. In that novel, a vast system of eugenics, early and continual indoctrination, and totalitarian control rests upon the foundation of hedonism. The people, according to their grade of intelligence, which here replaces social rank and is quite inflexible, receive the “benefit” of consequence-free sexual liaisons and doses of soma, the drug that induces a vapid state of careless good feeling—rather like that produced by television, as Neil Postman pointed out.

People under the influence of soma cannot think, but that doesn’t mean that they don’t express their “beliefs.” Here we come to the crux of the matter. If we encourage people to turn away from what is objectively true and good, to cherish instead their beliefs, whatever those may happen to be, we are teaching them not to think at all. We can do so most effectively by adopting the means of the old Greek sophists. That is, we can, in our massive indoctrination chambers, teach young people to subject traditional beliefs, whether patriotic or cultural or religious, to criticism, usually quite superficial and smug, the better to dispense with them. This we will call “thinking,” but it should rather be called “unthinking,” the energetic avoidance of the issue of truth. Then, when the mental landscape is cleared of all the old organic incrustations—all of its genuine life—it hardly matters what the individual will build there in its stead. It won’t be much. It will be more or less what those who control the means of indoctrination say it will be—though “control” may be too strong a word to apply to people who are themselves the objects of the same indoctrination.

Thus we end up with that great fraud, the idol of “my beliefs,” little more than a mélange of television commercials, sublingual popular song lyrics, dopey schoolbooks, and social fads, hardly different from the “my beliefs” of the Girl Guide standing beside me.

I suppose that such a society can endure as long as the soma is in stock. For people on soma, the past is irrelevant and the future will take care of itself. That is so even when the favorite flavor of soma is that which combines narcissism with the tang of the supposition that what I like will be in concord with what “will make the world a better place,” the final bit of banality that the Australian girls will swear to.

But to take an oath is to be willing to reject all such comforts. A man who says to his bride, “With this ring I thee wed,” is binding himself to her and to her good, come what may. He does not say, “I swear to be true to myself”—for then he might as well take the ring out of his pocket and ceremoniously place it on his own finger. He does not say, “I swear to make our relationship better, according to my personal beliefs about what that will mean,” since that is but a more convoluted form of the expression of self-love. Instead he subjects all that he is and all that he has to someone else. The promise brings into being a time-transcending social reality. It is precisely insofar as the bride and groom swear an oath that binds them regardless of their feelings and of the waywardness of opinion that they make something really new in the world, something whose kind is nonetheless as old as man himself.

One final comment. It is bad to be ignorant, but someone who is ignorant of the courses of the planets can yet be wise in the ways of men. Stupidity is different. Stupidity, I believe, takes real work. Nature provides each of us with a certain measure of dullness and sluggishness of mind; it is only by means of persistence and, for some, hard study that one can deepen that dullness into stupidity. The leaders of the Girl Guides give us a fine example. They say they have striven to be “relevant,” just as the cultural lemmings of the last fifty years have striven to be relevant, whatever that is supposed to mean. So they took a fine old oath, one that just might jog one girl in a hundred from her sleepy self-satisfaction, and tossed it away, in favor of their new invention. They are too stupid to suspect the stupidity. That is well and good, since if we have to be peons, at least we can be peons that primp and preen. Lemmings, unite.

Anthony Esolen is Professor of English at Providence College in Providence, Rhode Island, and the author of Ten Ways to Destroy the Imagination of Your Childand Ironies of Faith. He has translated Tasso’s Gerusalemme liberata and Dante’s The Divine Comedy.