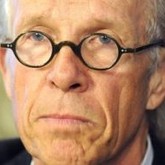 June 29 was the final day of the U.S. Supreme Court’s 2009-2010 term. The high Court declined to hear an appeal by the Vatican in the case of Holy See v. John Doe, which allows the case to proceed in an Oregon court. Brought by sex-abuse lawyer Jeffrey Anderson, the case involves allegations of abuse against a priest, Fr. Andrew Ronan, who died in 1992.

By declining to take Holy See v. John Doe, the court left intact the 9th U.S. Circuit Court of Appeals ruling that said because of the way Oregon law defines employment, the Vatican is not protected under the Foreign Sovereign Immunities Act from potential liability for the actions of a priest who Doe, the unidentified plaintiff, said sexually abused him in the 1960s.

The case will now go back to U.S. District Court, where Doe’s attorneys will attempt to prove that the late Andrew Ronan, a former Servite priest who was laicized in 1966, was a Vatican employee at the time the events took place.

There are two surprising and disturbing aspects to the Court’s decision. Lower federal courts have accepted Anderson’s arguments that the Vatican, though a sovereign state, is not covered by the Foreign Sovereign Immunity Act, and that priests should be considered employees of the Vatican, rather than of their dioceses. (In a similar case in Kentucky, a lawyer has made the argument that bishops are employees of the Vatican, in order to try to convince a federal judge to allow him to force Pope Benedict XVI to give a deposition.)

The Court’s decision swings the door wide open for Anderson to continue to name the Vatican as a defendant in every sexual-abuse lawsuit they file against a diocese.

The idea that a U.S. court could have jurisdiction over a foreign state is ridiculous on its face, and anyone who knows anything about the structure of the Catholic Church could testify that priests are not employees of the Vatican. Why, then, did the Supreme Court let the lower-court decision stand?

With six Catholic justices, two Jewish justices and one Protestant Judge, the U.S. Supreme Court is composed of a majority of Catholics. Agreeing to hear this case would have opened the Court up to criticism that members are making decision based on their religious affiliation rather than the law.