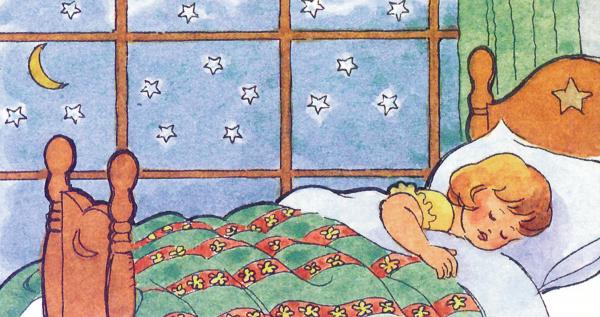 A popular article in the New York Times suggests that soaring figures for attention deficit hyperactivity disorder (ADHD) may be inflated by something as simple as poor sleep. New York University psychiatry professor Vatsal G. Thakkar picks up on the recent news about the surging number of diagnoses of ADHD among children. According to the Centres for Disease Control and Prevention, 11 percent of school-age children have now received a diagnosis of the condition. Among high school aged boys the figure is around 20 percent.

A couple of weeks ago I discussed some of the reasons being advanced — and one of my own (more or less). Dr Thakkar adds another: maybe some of it is not ADHD but the result of a chronic deficit of sleep — particularly the deep variety he calls “delta sleep”. Insomnia doesn’t necessarily turn you into a zombie by day:

For some people — especially children — sleep deprivation does not necessarily cause lethargy; instead they become hyperactive and unfocused. Researchers and reporters are increasingly seeing connections between dysfunctional sleep and what looks like A.D.H.D., but those links are taking a long time to be understood by parents and doctors.

Sleep can be undermined by — among other things — breathing difficulties (apnoea), changes of routine, and, among children especially, crowded daily schedules and prolonged exposure to digital devices and screens:

We all get less sleep than we used to. The number of adults who reported sleeping fewer than seven hours each night went from some 2 percent in 1960 to more than 35 percent in 2011. Sleep is even more crucial for children, who need delta sleep — the deep, rejuvenating, slow-wave kind — for proper growth and development. Yet today’s youngsters sleep more than an hour less than they did a hundred years ago. And for all ages, contemporary daytime activities — marked by nonstop 14-hour schedules and inescapable melatonin-inhibiting iDevices — often impair sleep. It might just be a coincidence, but this sleep-restricting lifestyle began getting more extreme in the 1990s, the decade with the explosion in A.D.H.D. diagnoses.

Thakkar cites several studies among children that support his view of the ADHD-sleep connection. One showed a decrease in ADHD diagnoses among children whose breathing improved after having their tonsils out. A British study found that infants who suffered sleep-disordered breathing were more likely to have behavioural problems when they were older, even if their breathing difficulties have been resolved — “implying that an infant breathing problem might cause some kind of potentially irreversible neurological injury.”

And then there’s the adults… Take home message: make sure you and your kids get enough of the right kind of sleep by —

* having routines that are not too action-packed

All this is obviously easier with two committed parents on the job, and one of them able to spend more time with the children.