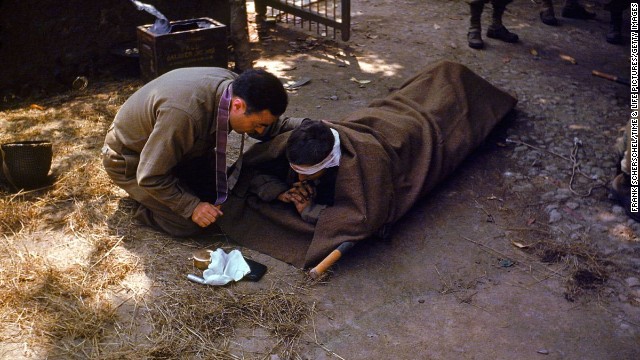 The more time passes, the more we can appreciate the timelessness of that historic event.

Or series of events. Before it gets any further away on the calendar, I want to point out some striking memorials and they continued to come out even after June 6th, the day of the Normandy landings, the day that initiated the Western Allied effort to liberate mainland Europe from Nazi occupation during World War II.

Tributes to that day on the 70th anniversary were remarkable.

There is little to say or write about D-Day that hasn’t already been expressed over the past seventy years by those more eloquent than me, or especially by those who took part in the greatest invasion in human history, and for the noblest purpose. Some events challenge not just the imagination, but even language itself. Seventy years ago, the assault on the beaches of Normandy by the free men of the United States, the United Kingdom, Canada, Australia, and units from the countries occupied by the Nazi horror remains perhaps the most stunning act of determination and defiance in history, as 160,000 men stormed Fortress Europe and sent evil reeling — thousands of whom would die that day for freedom.

And he gives video after tortured, treasured video testifying to the raw reality of that day.

They certainly gave everything they had — so that we might live free, and not just in Europe but in America as well. Many of them gave their lives for a freedom to which they knew they might never return, but those men gave us that precious gift. May we remember them, and the men who survived and kept fighting and then returned home to build their lives and families too. We owe them a debt that can only barely be imagined, but can be repaid with constant vigilance and dedication to the cause for which they fought.

Ronald Reagan’s commemorative Normandy speech concludes the post, every bit of it worth experiencing.

Tod Worner did something similar here on Patheos. Something poignant and eloquent and very human.

Now, it may be argued that the horrors discovered in Europe long after D-Day exceeded anything that could have been imagined when the invasion began. But Churchill, Roosevelt, Eisenhower and men and women of the military knew the Nazi worldview: Aggression, Fanaticism, Hatred, Ruthlessness, Greed. Values antithetical to human dignity and freedom. The Nazi creed taken to its extreme, yet logical, end would lead to the concentration camp. And it needed to be stopped.

So 70 years after D-Day…what have we learned? Were there doubts? Absolutely. Trepidation and uncertainty coursed through every individual from the grunt to the generals. Was there a duty recognized by leaders and soldiers alike to liberate the European peoples? Unquestionably. And what was the outcome?

Doubt. Duty. Deliverance. To all veterans who have paid or been willing to pay that price, humbly, sincerely and endlessly…thank you.

For those who fully appreciate the cost and for those who never knew the price paid, The Atlantic provided a stunning visual montage, each photo worth time spent lingering.

How many countless people and nations are grateful for those who took some part, any part, in this historic and timeless event in the battle for human freedom.

The French still are, notes John Fund at NRO.

“We love you! Thank you for all you did!” 15-year-old Audrey Rigaud said with tears in her eyes as she embraced Bob Bedford, a 90-year-old veteran of D-Day, outside the banquet this small French town held in honor of their country’s liberation from Nazi occupation. The difference in their ages may have been three quarters of a century and their cultures a continent apart, but the message was clear: A surprising number of French haven’t forgotten America’s role in “the liberation.”

Audrey had come to Normandy all the way from Marseille — 700 miles away — with her classmates to commemorate D-Day for a school project. “Our feelings are so full, we want to make sure no one forgets the liberation,” Olivia Diddi, a fellow student of Audrey’s, told me. For his part, Bedford was overwhelmed by the reception he’s gotten. “It’s the first time I’ve been back since 1944,” the former Navy lieutenant told me. “If I’d only known how they felt.”

Fund was there, to capture this commemoration.

I heard a lot of things in Normandy this week that might sound trite or simplistic to someone who has never been in battle. But you quickly realize that the reason some truths are eternal and valuable is precisely because they can have such great meaning to people. Europe was occupied by a terrible tyranny and its people were slowly starving as the war ground on. America, Britain, Canada, and other countries that sent their young men and women overseas to take back Europe did a noble and courageous thing. It’s refreshing to learn that so many people in Europe who weren’t alive to witness the joy of liberation still do so much to commemorate it…

The message I take away from the windswept beaches of Normandy is that there are times when tyranny must be opposed with every fiber of our being — and that service comes in many forms, some dangerous and some just a matter of doing what even the weakest among us can. And finally, that even though it can’t be expected or wished for, the gratitude of people toward those who fought against tyranny can be long-lasting indeed. I learned that here in Normandy.

There’s a message flickering in some of these statements and memories and reports of commemorations. It’s a message that service is there today for all of us to take up and act on, and even if it seems mundane or simple, it is there in front of us to do. So that in our own way, we hold off modern day forces of tyranny against the weak and vulnerable and dependent, anywhere we encounter such threats. For the long-lasting effect such service may have.