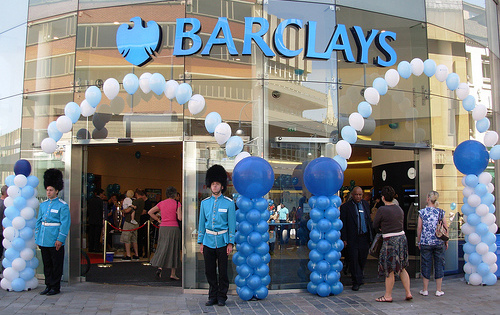 There seems to be no end to the queue of banking scandals. In quick succession, a London trader has cost JP Morgan somewhere between US$ 4 and 7 billon dollars. Barclays has been caught out fiddling LIBOR and HSBC has allegedly been helping drug runners. A few months earlier, a dishonest UBS trader cost the Swiss bank US$2 billion. Even now, more of the banking majors are supposed to be in the crosshairs of regulators for LIBOR rigging.

All of this has become evident since the 2007-08 credit crisis which should have been the ultimate chastening experience for the world’s banks.

To be fair, many of the unsavoury deeds now being uncovered happened before 2008 and bank behaviour might have changed over the past four years. Unfortunately for the reputations of the banks, investigators have a new-found freedom to root out past indiscretions. Encouraged by a resentful populace, they could uncover more pre-2008 bank scandals capable of retarding the public rehabilitation of the institutions.

The London interbank offered rate (LIBOR) first came to prominence in the 1980s to measure the price at which a leading bank could borrow funds in the London market for a given period, in a specific currency.

Designated contributor banks are asked every day by the British Bankers’ Association to make submissions about how much it would cost them to borrow from another bank. To prevent outlier rates (and overt attempts at manipulation) having a disproportionate impact on the published averages, the top and bottom 25 percent of submissions are omitted and the averages of the remaining submissions are published as LIBOR for that day. The process produces 150 rates every business day for a range of currencies and maturities.

Interest charges on a wide range of commercial transactions from credit card purchases to multi million dollar project financings are based on a combination of the daily published LIBOR plus adjustments to reflect the relative creditworthiness of specific borrowers.

LIBOR is not the result of an actual transaction such as the closing prices published for stocks traded on the London or New York stock exchanges.

The artificial nature of the price setting mechanism has had its critics but is not unusual in credit markets. Movements in the US Federal Funds rate, for example, are a committee decision, not a market outcome. Since 2008, the governors on the board of the US Federal Reserve have been buying and selling government securities to push US long-term interest rates below the rates markets, left alone, would have delivered. In Australia, the timing and size of movements in mortgage rates for the vast bulk of borrowers reflect decisions by the board of the nation’s central bank, not market forces. These interest rates are what people decide they will be.

The impact of the skulduggery

This culture of intervention permeating interest rate markets is the starting point for any understanding of the Barclays LIBOR scandal. Inject a few testosterone charged traders with an intimate understanding of the intricacies and vulnerabilities of the system and the only surprise is that people are surprised at the result.

The net impact of the attempts to rig LIBOR for the benefit of the Barclays trading desk remains unclear. Some commentators have simply multiplied one hundredth of a percentage point by $300 trillion dollars, the total amount of lending analysts estimate is tied to LIBOR, to offer up an idea of how much could be at stake. This is a handy journalistic artifice to whip up the crowd but goes nowhere to help us measure the actual impact.

Apparently, 14 specific instances of alleged manipulation have come to light so far in email exchanges among traders. With approximately 33,000 LIBOR rates set in a year from 495,000 individual submissions, this would amount to 0.003 percent of the possible opportunities for unethical behaviour in one year and far less over the five-year period in which the activity extended.

We do not know whether other banks were acting in concert with Barclays traders or whether they were acting in their own interests, possibly even zigging when Barclays was zagging and, consequently, offsetting the effect each might have otherwise exerted on the outcome.

Who lost, if anyone, and by how much is yet to come out. Evidence given at hearings before the House of Commons Treasury Committee suggested that, in some cases, Barclays traders had been targeting a lower LIBOR outcome not the higher rate that could have raised everyone’s mortgage payments, for example.

As the use of LIBOR became more prevalent, regulators and academics began to sense the conflict between banks setting LIBOR while, at the same time, running trading positions whose profitability depended on the level at which LIBOR was going to be set.

Having let the system evolve over two decades, inertia, self-interest and a fear of disruption to financial markets discouraged the British banks from remedying the identifiable shortcomings.

When to draw the line?

Along with the 2007-08 sub-prime crisis, the LIBOR fixing scandal is an example of how faults within a worthwhile innovation are magnified as it evolves, grows and becomes more deeply embedded in the financial landscape. The almost impossible challenge for policymakers is to determine when this evolution crosses a line dividing worthwhile innovation from flawed institution.

Such judgement requires impossibly finely tuned moral and economic antennae. The acceptability of any conduct will not rest solely on ethical criteria but also on a judgement about the future impact from allowing a particular activity to continue unfettered.

Some behaviours (like the provision of low cost housing loans) might be ethically unexceptional and acceptable until they become so prevalent that the system in which they occur is put at risk. In other words, there is no black and white view of what is acceptable under all circumstances.

Inappropriate behaviour appears far more scandalous when it snowballs into multi-billion dollar amounts but the beginnings of many of the financial scandals of recent years (including the sub-prime crisis) began modestly and with the support of many who would later decry the consequences.

The instances of LIBOR rigging brought to light so far appear to involve a combination of individual actions for personal gain and efforts to set rates at the behest of government agencies when there was little to be gained by the bank itself.

Let’s say the vast majority of traders cooperate in a radical ethical reorientation of the financial services industry. We would still have to recall that even one of the twelve apostles took an unauthorised silver position despite what seemed like leading-edge compliance and ethical oversight at the time. In other words, complete eradication of individual ethical failures is probably not a feasible outcome.

There is also a risk that fresh layers of compliance in response to unethical behaviour might simply create a false sense of confidence among the broader community about how far behaviour has been modified and how confidently investors and users of financial institutions can approach markets.

Unethical behaviour might not be the greatest risk to market stability. A greater risk might come from investors proceeding on the assumption that unethical behaviour will not occur. As such an assumption becomes more widely adopted, markets will inflate security prices beyond levels that are consistent with the actual risks.

Whenever this happens, markets are primed for the next disappointment. Savings are again jeopardised and, almost certainly, politicians and commentators will ask why no one picked the problem.

If someone puts cheese at the end of a laboratory maze, the mice will get there eventually. How much cheese consumption should be attributed to the preferences of the mice and how much to the builders of the maze parallels a distinction between individual preferences and behaviour, on the one hand, and systemic incentives, on the other, in many of the banking scandals we have been witnessing.

There are ways to prevent cheese being eaten: do not put it in the maze, keep the mice locked away or eliminate the exit from the maze.

Artificially constructed financial arrangements such as LIBOR (as well as Fannie Mae and the European monetary system, creations at the heart of two on-going financial crises) produce behavioural incentives for individuals, institutions and countries.

That does not excuse individually unethical behaviour but attributing personal blame without considering the role of the structures within which people have to work prevents a proper understanding of what has happened as well as the scope for solutions.

John Robertson is an economist and corporate investment adviser. He has had over 25 years of experience in international financial and commodity markets, corporate strategy, financial and business evaluation and government policy in Australia, London and New York.

John A. Robertson is a consulting economist with a background in investment management, corporate strategy and public policy. He writes the weekly ‘From the Capital’ column for London-based Mining... More by John Robertson