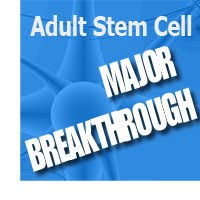 The Obama administration promised to challenge the ruling last week forbidding use of federal funds for embryonic stem cell research. As soon as it came down, the scramble was on.

New guidelines were still being penned as lawyers headed into court trying to halt the changes.

The National Institutes of Health (NIH) — still reeling from a District Court ruling that blocked the use of federal funds for embryonic cell research — issued new guidance last night detailing how it will comply with the Court’s preliminary injunction.

Judge Royce Lamberth, a Reagan appointee, stunned the medical community when he issued the preliminary injunction against the federal funding saying it was in violation of a 1996 law that forbids the use of such funds when an embryo is destroyed or damaged.

As early as today, the Obama administration is set to appeal the August 23rd ruling.

They were already in the process as that news report came out.

The Obama administration urged a judge to allow federal funding of embryonic stem-cell research to continue while it appeals his decision banning government support for any activity using cells taken from human embryos.

The Justice Department today asked U.S. District Judge Royce Lamberth in Washington to put on hold his decision pending an appeal to the U.S. Court of Appeals in Washington. The government argued that Lamberth’s preliminary injunction changed the status quo and will itself cause irreparable harm to researchers, taxpayers and scientific progress.

Lifting the ban would allow the government to continue funneling tens of millions of dollars to scientists seeking cures for diseases such as Parkinson’s, spinal cord injuries, and genetic conditions.

Which is what this is all about, money and profit. While all these millions of dollars are funneled to controversial and unsuccessful embryonic stem cell research, grants have been denied or diverted from scientists working on ethical and successful adult stem cell research and therapies. That’s what produced the lawsuit in the first place, since federal law doesn’t permit federal funding of embryo-destructive research, and the Obama administration has skirted that law until now.

White House spokesman Reid Cherlin said in a statement that embryonic stem-cell research is a top priority for the administration. “We’re going to do everything possible to make sure to avoid the potentially catastrophic consequences of this injunction.”

That’s the kind of hyperbole surrounding the public opinion campaign marketing the idea that embryonic stem cell research is the only hope for sufferers of degenerative diseases and disabilities.

“The government is seeking a stay of the court’s injunction to prevent the irreparable harm and financial harm that could occur if these lifesaving research projects are forced to abruptly shut down,” Justice Department spokesperson Tracy Schmaler said in a statement. “The great potential for significant additional medical breakthroughs is at risk if this research is halted pending the appeals process.”

Lamberth’s injunction “causes irrevocable harm to the millions of extremely sick or injured people who stand to benefit from continuing research, as well as taxpayers who have already spent hundreds of millions of dollars on this research through public funding of projcts which will not be forced to shut down,” she said.

At least this forces out details of the spending spree the government has been on with this controversial project.

In a declaration filed with the notice, National Institutes of Health Director Francis Collins said the NIH had invested more than $546 million in the research since 2001 and that therefore the “anticipated financial loss to NIH and the taxpaying public is enormous and would include the hundreds of millions already spent on on interrupted projects and the administative costs of shutting down and restarting the NIH funding, Schmaler said.

The court order prevents the NIH from providing $54 million to 24 projects already underway that were expecting to be renewed by the end of September, Collins said….

In addition, $270 million that has already been spent on these grants “will have been wasted as investigators and labs can neither finish their curent projects nor pursue what has been learned,” the statement said.

Got that? Hundreds of millions of taxpayer dollars “wasted” on science that was unproven, unsuccessful and unlawful and unethical.

“If one step…of an ESC [embryonic stem cell] research project results in the destruction of an embryo, the entire project is precluded from receiving federal funding,” the district court’s preliminary injunction order states.  “Because ESC research requires the derivation of ESCs, ESC research is research in which an embryo is destroyed.  Accordingly, the Court concludes that, by allowing federal funding of ESC research, the Guidelines are in violation of the Dickey-Wicker Amendment.”

Such clarification from the Alliance Defense Fund helped make the case they presented to the D.C. Circuit Court, which led to this ruling.

“The American people should not be forced to pay for experiments – prohibited by federal law – that destroy human life,” says ADF Senior Legal Counsel Steven H. Aden.  “The court is simply enforcing an existing law passed by Congress that liberates Americans from paying for needless, destructive research on human embryos.

Some hundreds of millions of dollars, and countless human lives, later.

But the government is after the ruling and this is, for now, a temporary stay. Of execution, so to speak.

On Aug. 27, researchers inside the NIH who work with human embryonic stem cells were instructed to “initiate procedures to terminate these projects” in a memo from Michael Gottesman, deputy director for intramural research…

Better than terminating life. And better to give funding to the projects that are producing really promising and successful results.