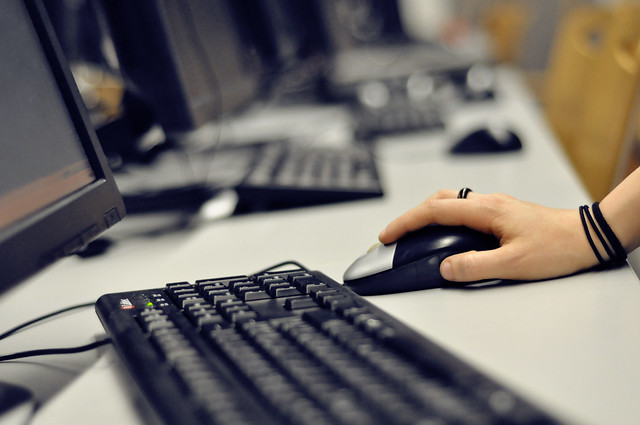 There seems to me to be a cognitive dissonance in the suicide prevention arena that sets aside concerns about suicides when they are related to advocacy networks such as Exit International. This happens at a number of levels and in a number of ways – some perhaps understandable but none excusable.

Australia has one of the highest incidences of youth suicide in the western world. It makes good sense to focus resources in this critical area of prevention. But there’s something missing in the public discussion that should have become crystal clear from recent media coverage in the Fairfax press, where journalist Craig Butt reported on suicide deaths using Nembutal and highlighted its use by young people:

The number of deaths from the drug reached a high of 24 in 2011, compared with nine in 2001. In 2012, there were 17 deaths. However, there may be more as the data obtained by Fairfax Media does not include cases before the coroner…

That means 22% of all Nembutal deaths in a little over 11 years were suicides of persons under 40 years of age, and 10% aged under 30 years. The data does not include deaths still under investigation.

Where are the suicide prevention agencies? Nary a comment. These deaths comprise only a small percentage of the suicide deaths each year, but that will be of little comfort to family members left to ponder the unanswerable questions, left to grieve. Suicide may be a solitary act, but its effects are far reaching.

True, suicide prevention is not so much about removing or reducing access to particular methods of suicide but, properly, about reaching people with mental health difficulties, keeping them safe and seeking to address their issues. But when their efforts are being critically undermined by clandestine operations, and where few are ringing alarm bells about such activities, surely a public response from suicide prevention agencies should be a ‘no-brainer’. Is this virtual silence tacit endorsement or is something else at play?

To their credit, a number of prevention agencies did respond well to an ABC 7:30 report on the suicide death in 2014 of West Australian man, Nigel Brayley, who was shown to have had dealings with Exit International. A connection between Brayley and Exit was well established and at least one of the suicide prevention agencies made a formal notification to the Australian Medical Board. (Note: the extent of the relationship between Brayley and Exit International and whether or not that connection constitutes a breach of the criminal code on assisting in suicide is not proven and I make no inference in that regard.)

This still leaves unanswered the whole question of public suicide advocacy and how that undermines prevention.

From time to time the media will run stories of older Australians looking to end their lives using methods or substances that are the stock-in-trade of suicide advocacy networks. In recent times some of these people have been ill, but others simply tired of life with no particular ailment other than the effects of aging.

In general, the media is either neutral or sympathetic in its portrayals including an almost mandatory potted history of the person’s life which creates an air of sympathy: “they’ve had a good life”. There are palpable differences between the reporting of the suicide of a young person, and that of someone at the other end of life’s spectrum. Why should this be the case?

Emotions play a big part in our responses. We rightly feel the tragedy of young lives lost and understandably are drawn to the thought that he or she had yet many years ahead of them. We are also easily tempted to thoughts of sympathy or at least understanding at an elder suicide. Aided sometimes by media portrayal, we find some consolation in the thought that they had enjoyed a full life.

This is quite normal, but it is a very unsound basis for public policy. Suicide is suicide. Regardless of the method, it is a violence against oneself. It is also the ultimate expression of hopelessness, often in a fog of depression where nothing is truly as it seems. Despite what some would say and despite some portrayals in the media, it is never truly a rational act.

But there’s also another element at play here, an elephant in the room: the only substantive difference between suicide and euthanasia is who makes the person dead. Whenever we see stories in our media of an older person who has committed or who plans to commit suicide the connection is made between their circumstances and a supposed need for euthanasia laws. Whether their particular circumstances would make them a candidate under any particular legal regime is never discussed but rather assumed.

Add to that the fact that suicide advocates are also intrinsically bound up in euthanasia advocacy and we begin to see, I think, why suicide prevention agencies struggle to articulate concern. It may be that some in the suicide prevention area actively or tacitly support euthanasia, but it is also just as likely, perhaps more likely, that the whole autonomy question bound up with the emotive context of serious illness creates dissonance.

Is the context of a terminal illness really so different that we are prepared as a society to accept some suicides as “okay”? Is the context of aging and having had a good life enough to make some suicides acceptable? And, ultimately, what is the subtle and maybe not-so-subtle message holding sway in our society if we continue to allow such contexts to undermine or cloud the suicide prevention message? Make no mistake: anything less than total opposition to all suicides supports the observation that some suicides are okay, that some lives simply are not worth living.

The Fairfax reporting included the story of Judi Taylor and the death of her son Lucas at the age of 26 using Nembutal obtained via advice from an online network. When Judi spoke at our conference in Adelaide in May, some three years after Lucas’ tragic death, her pain was still evident. Such is the tragedy of suicide: the unanswered questions; the understandable “If only…” thoughts. Judi’s courage and that of others who have chosen to speak out, inspires and encourages me. In the midst of all of this, Judi remains thoughtful and charitable when she observed that “the deaths among younger people were an ‘unintended consequence’ of the voluntary euthanasia movement putting out information online on suicide methods.”

Unintended or not, the consequences of allowing such public advocacy to continue are made painfully obvious in Judi’s story. Judi is not alone. There are others, and, sadly, there most likely will be more.

Serious attempts to end suicide advocacy, along with a clear, public declaration against such practices, will save lives.

Need someone to talk to?

Paul Russell is director of HOPE: preventing euthanasia & assisted suicide, which is based in Australia. This article has been republished from his blog.