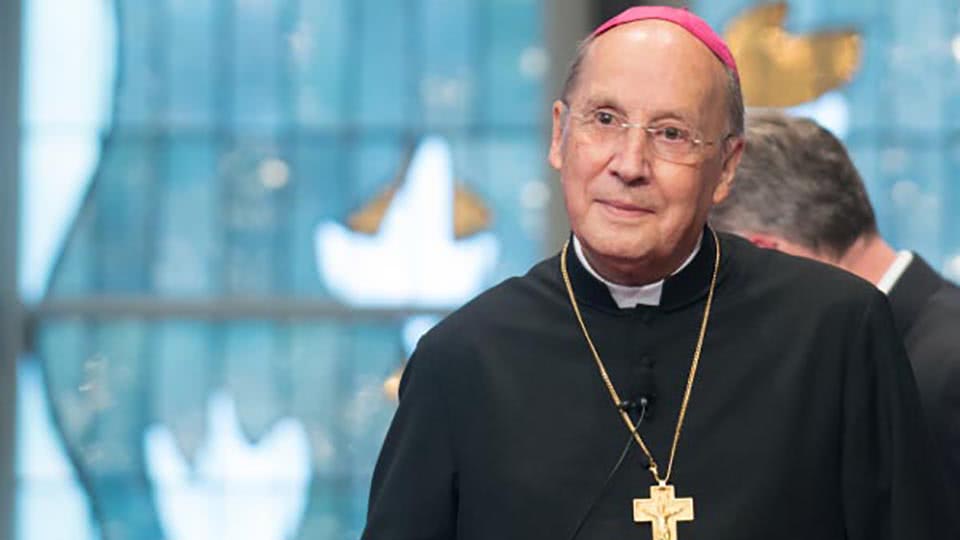 Although Christians in the West are under great pressure from an increasingly aggressive secularism, they do not lack contemporary role models, teachers and even saints to help them map a path to the future.

There are martyrs aplenty, in the Middle East, men and women, priests and lay people, who have died at the hands of Islamic terrorists rather than renounce their loyalty to Christ. I think of Fr Jacques Hamel, a simple octogenarian who died while celebrating Mass. Or the 30 Egyptian Copts who died on a Mediterranean beach.

Less dramatic but profoundly inspiring are figures like Mother Teresa of Calcutta or John Paul II, whose luminous example touched millions, even billions of people.

I was deeply influenced by a Spanish priest who died in Rome yesterday, Bishop Javier Echevarria, at the age of 84. Bishop Echevarria had been the Prelate of Opus Dei since 1994. He succeeded in this position the founder, Monsignor Josemaria Escriva, now a canonised saint, and Bishop Alvaro del Portillo, who was beatified two years ago. Assuming command of an institution with 90,000 members must have been daunting enough, but the challenge of stepping into the shoes of two saints was immense. But Bishop Echevarria succeeded.

Javier Echevarria was born in 1932 in Madrid, where he met and joined Opus Dei. He was ordained in 1955 and was St Josemaria’s personal secretary from 1953 to 1975. He was later appointed secretary-general of Opus Dei and in 1994, after the death of Bishop del Portillo, was elected prelate. He was ordained a bishop by John Paul II and served on a number of committees in the Vatican.

This dry list of dates and enumeration of appointments hardly captures the man. The aim of Opus Dei, which means “Work of God”, is help people to find God in the ordinary events of everyday life. That was the ideal to which Bishop Echevarria devoted all his talents and zeal. His life’s work was not to innovate but to energize others.

I was a beneficiary of his prayers and optimism. MercatorNet was not his idea or his project, but he encouraged Carolyn Moynihan and me to launch it in 2005. As a website it was primitive and small, but it was an exciting project. Most such ventures collapse in a couple of years, but somehow we have managed to stay afloat and have become a voice on the internet for strong families and human dignity.

In 2012 I attended a conference in Rome at which he gave a talk on the role of Christians in the media. He wasn’t prescriptive and he didn’t speak as an industry expert. He simply encouraged the participants to be courageously innovative, to aim high, and to not succumb to discouragement.

Let’s not think that the good old days were better, [he said]. That is an excuse that people use to hide away and not to keep making a constant effort. The times we are living in are the best times… much better than the past – and besides what other times do we have?…

We cannot settle with thinking that things are very difficult. Let us begin with the little we have and begin with optimism, with faith, with confidence, with apostolic zeal – and you will see how what we sow will be very fruitful.

But MercatorNet was just one of many, perhaps hundreds of initiatives, which he gently pushed and cajoled and encouraged all over the world, from hospitals, to women’s centres, to universities, to tuition in parenting.

Projects like these hardly sum up the man. Bishop Echevarria was above all a man of prayer and the centre of his life was a personal relationship with Christ. That, too, was inspiring. He was very much in sync with Pope Francis, a man who is also prayerful, energetic, practical and decisive, and his desire for evangelisation.