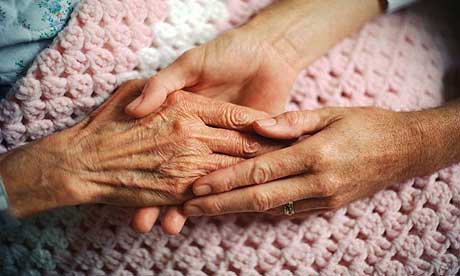 With an ageing population in many nations, the ability of our health systems to cope with the added demands that large numbers of elderly patients bring with them is in the spotlight.  The NHS is seen as one of the wonders of British post-war society (even making an appearance in the opening ceremony of the London Olympics).  So when the medical director of the NHS warns that it will be unable to cope unless large-scale changes are made, then it is not surprising that Britons are sitting up and listening.  The Guardian reports:

“Prof Sir Bruce Keogh, medical director of the NHS in England, said that without massive changes to the way the NHS treats patients, including far less reliance on hospitals, the service risked becoming unaffordable and could see its entirely taxpayer-funded status challenged.”

In Keogh’s view, what is needed is for resources and patient care to be shifted into GP surgeries to alleviate the growing numbers of patients who are turning up at A&E.  According to the Guardian:

“Waiting times at A&E are at their worst level since the current system of record keeping began in 2004 and three of the 10 ambulance trusts in England have had to declare a critical alert over the winter.”

Furthermore, most A&E units are missing the target of treating 95% of arrivals within four hours; although Keogh points out that they are treating 9 out of 10 patients in that time.  With a rising number of older people with complex medical needs, services such as district nurses, beds in community hospitals and mental health support services are “very, very busy”.

But all of this does not constitute a crisis says Keogh since although the NHS is facing very difficult times; it is not facing anything that cannot be dealt with.  NHS frontline services “are going through a critical phase” but would recover, Keogh insisted.

So, in future to deal with the growing pressures, the NHS will undertake a “complete transformation” of the way it operates over the next few years.

“That would require hospital consultants to visit patients in their GP surgery and the sickest patients being given much more time to discuss their health than the usual 10-minute appointment with a family doctor.

In future, many patients will be able to get much of their care, including diagnostic tests and an expanded range of treatments, at their GP surgery to save them having to go to their local hospital.”

The main priority in future will be to keep as many patients as possible out of hospital where they don’t want to be and can catch infections.  An extra £2bn next year in funding is designed to help “transform out-of-hospital care and meet the needs of an ageing population” according to a Department of Health spokesman.  Whether Britain can keep its free at point of use health system without blowing the national budget as the number of elderly people needing care increases is yet to be seen. Although facing strain, Keogh is adamant that the NHS will be able to pull through. Time will tell if he is correct.