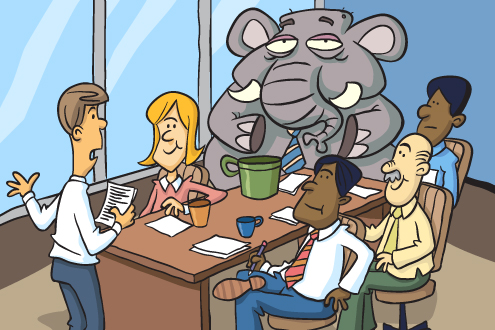 It is hard to read media coverage of last Friday’s release of a British government-funded report on the mental health effects of abortion without questioning the meaning of the word “coverage”.

The report, which was carried out by the National Collaborating Centre for Mental Health (NCCMH) at the UK’s Royal College of Psychiatrists, purports to examine dispassionately all the relevant data relating to the mental health of women with regard to unwanted pregnancies and abortion. The review was limited to English-language research of at least 100 subjects who underwent legal, planned abortions. Forty-four studies carried out over the last 21 years met these criteria.

The analysts reached two principal conclusions: First: there is a correlation between unwanted pregnancy and mental health problems, particularly for women with a history of psychological issues. Some 12 per cent of women are estimated to suffer from anxiety or depression at some time in their life, but among those facing an unwanted pregnancy, the figure is closer to 30 per cent. NCCMH director Tim Kendall, in a televised BBC interview, pointed out that it cannot be determined whether mental ill health contributes to unwanted pregnancies, or vice versa, but that it should assumed that both situations “are equally likely.”

The second finding goes further: This review finds no statistical difference in long-term mental health outcomes between women who abort and women who carry their child to term. The two responses to unwanted pregnancies “carry roughly equal risks,” in Professor Kendall’s words.

The first 40 articles and newscasts I encountered on web publications of legitimate information media (in four languages and from four continents) headlined the story synonymously with the BBC’s “Abortion ‘does not raise’ mental health risk,” or The Independent’s “Abortion has no effect on mental health”. Two outliers: the US’s leading newspaper website Huffington Post, and the UK’s Daily Mail, dittoed the others but also stressed that unwanted pregnancies do raise risk. Not a single headline anywhere made mention of carrying a pregnancy to term.

It’s unclear whether all great minds indeed think alike, but it certainly seems that mainstream headline writers do.

It is strange that they should all lead with a header that is neither straightforward nor comprehensive. First of all, “no difference in outcome” is not the same thing as “no effect”. In fact, the review even enumerates some of the specific factors that make an aborting woman more likely to suffer psychologically (a pre-existing disapproval of abortion in general, or pressure from the baby’s father, for example). Surely this acknowledges that some women who abort do experience negative mental health consequences, as do some women who see the pregnancy through.

Many previous reputable studies (significantly Dr. Priscilla Coleman’s study in the British Journal of Psychiatry in September of this year) have documented substantial negative consequences of abortion on women’s mental health. Pro-life voices routinely use such data to argue for more balanced counseling for pregnant women, and for health authorities to consider that this supposed service to women’s health may in fact be a disservice in the long run. This line of argument is informed by the hope that concern for women’s health might reduce abortions even where concern for babies’ lives does not.

In response to Friday’s study, pro-life organizations such as the Society for the Protection of Unborn Children have reiterated their position that harm to women is real and well established. Though SPUC provides excellent documentation to support this argument, it is far from the only case that can be made against abortion.

The pro-life position is not at all disadvantaged by Friday’s report. In fact, it may have been unwittingly handed a strong argument for vastly limiting pregnancy terminations — at least in countries with abortion regulations similar to the UK’s.

Accepting the claim that carrying a baby to term produces no worse mental health results for the mother than does aborting the baby would actually gut the British abortion legislation, for one.

According to the government’s own statistics (from the Department of Health), at least 95 per cent of women who abort in the United Kingdom claim as statutory grounds a justification relating to the increased risk to their mental health of continuing the pregnancy as compared to aborting.

This claim is clearly undermined by Friday’s NCCMH report.

Even in countries like Spain and the United States where abortions no longer require statutory justification in the earlier stages of pregnancy, the mental health exception is still used to justify late-term abortions that would otherwise be illegal. So the UK report would not have an immediate effect on the majority of abortions in those places, but it could still be used to limit the late-term cases.

The obvious contradiction between “abortion and birth are equally risky for women with unwanted pregnancies” and “abortions must be allowed to avoid the greater detriment of giving birth” cannot stand.

Any movement to limit access to abortion on the basis of this review will likely be met by the argument that the women in NCCMH studies had a choice between the two options. A scenario without the option to abort might worsen the consequences of giving birth for those women who would have chosen not to.

But surely the same argument can be made in reverse. The very existence of abortion as an option makes it more difficult to choose to carry the child. By turning an unwanted pregnancy into an obstacle that can be easily overcome, readily available abortion puts de facto pressure on a woman to do so, potentially increasing negative outcomes for women who abort against their conscience, as has already been suggested by the report itself.

None of these potential consequences of Friday’s report were considered in any of the “hard news” articles immediately following the study’s release.

Tracey S. O’Donnell is Secretary General of the Social Trends Institute, an international research center based in Barcelona.