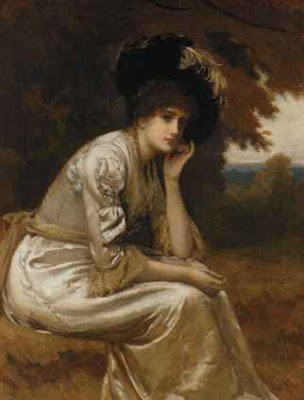 Having reached the stage in life where my eldest daughters are of marriageable age, I have vowed not to be one of those mothers who fret over or –worse— badger their children about getting married and producing grandchildren. I regard marriage and motherhood as a sacred calling, not a derby race, so I’m content to leave the timing of these things to a higher power.

The logistics, however, require prospective mates (and even their mothers) to be somewhat more proactive. Important life decisions should not be left to chance, whim, or (mercy) hormones. A good deal of thought, wisdom and common sense should go into choosing a spouse—and I would venture further, even into what kind of person one decides to date. It would appear that some girls put more effort into purchasing shoes than they do in deciding whom to step out with.

In a perfect world, all parents would model good marital relationships, but statistics being what they are, this isn’t always on offer. Even in healthy marriages, to err is human; to surpass it, help is needed. Over the years, I have acquired various resources (such as this book) in hopes that they would assist my girls in laying the groundwork for good decisions.

This attitude is not just found in faith-based circles, as I read in this Telegraph piece: “School for husbands – girls should be taught how to find supportive man.”

Helen Fraser, 63, the chief executive of the Girls’ Day School Trust, told its annual conference that girls should learn to be just as “ambitious” in their relationships as they are in their careers.

She said that female pupils must learn to find a man that not only helps around the home but would also be a “cheerleader” for their career.

Speaking at the GDST’s 140th annual conference in London, she said: “It’s not just about finding a husband who does the Hoovering and makes the dinner.

“It’s about finding one who really understands it is important for you to thrive and do well in whatever you choose to do.

True enough, to a point. Of course, the article is not meant as a definitive ‘how-to’ guide on finding a prospective spouse, but there seemed to be just a whiff of a self-centered approach to this question. For one thing, ‘ambitious’ doesn’t seem quite the right word.

Young ladies must realize that decisions regarding matrimony are not exactly akin to those regarding college or business. They are not choosing a useful accessory but a life-long (my bias) partner whose soul and needs are at least as important as their own. Dare one say that this piece has a sexist bent — would women be thrilled to see an article for men on how to choose a wife who’s a “supportive cheerleader”? Historical wrongs are not redressed by switching the gender of the oppressor.

On the other hand, some feminists might bristle at the following assertion from the Telegraph article:

[Fraser’s] views match those of Cherie Blair who in March said it was time to “celebrate the role men are now playing in helping women’s rise to the top”.

So does this mean that girl power can’t really succeed on its own? Might there be a role for mutual complementarity of the sexes? One may not venture further than this without entering increasingly murky waters: what exactly is marriage? What is its purpose and function? What makes it work?

Perhaps part of the problem is that too many individuals, regardless of sex, are still approaching marriage (when they approach it at all) with the “what’s in it for me?” attitude.