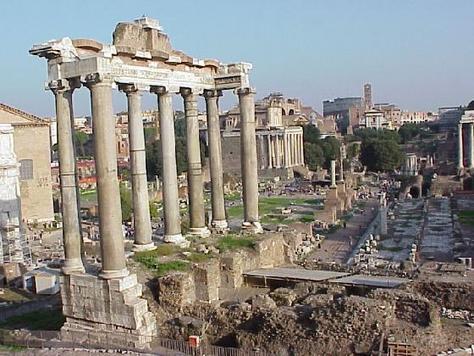 Hi again everyone! Apologies for the radio silence over the last couple of weeks. Shannon and I managed to escape the NZ winter to Italy for a 15 night sightseeing holiday. We had a wonderful time, managing to get to Rome, Florence, the Cinque Terre, Venice and Milan. The weather was fabulous (although temperatures in the high 30s were a bit of a shock to us – it doesn’t get that hot in Auckland!) Of course the sights were amazing – I think I could spend a year in Rome (apparently we would have to visit 17 churches a week to get through them all in Rome in a year) and 4 nights gave us only a taste of what the Eternal City had to offer.

One of the most interesting parts of Italy to us was the fact that it was such a shamelessly Christian (Catholic) country. There was no sense that religion is a private matter to be practised behind closed doors only. Aside from the number of beautiful and ancient churches, there was also the vast amount of priests, nuns, monks, friars in the streets (in their respective clericals). What we most enjoyed however were the icons that were on so many street corners and walls. These icons were of all ages and materials: ranging from ancient frescos to modern, more abstract paintings. They were set into alcoves and the majority of them were still used as objects of devotion with flowers and candles placed before them. So, all in all a great trip. But now we are back home (and happy to be so, even though the weather is cold and miserable and the jetlag is horrendous!) and we are ready to get back in the swing of blogging about demography. There are lots of stories to cover – I think I’ll start tomorrow with the UK census results that have just been released.

Finally though we’d like to let you know why we decided on a trip to Italy.  We’re happy to announce that we are expecting our first child: a son in October! So our trip was our last pre-baby fling: the last chance to enjoy each other’s company without deep parental concerns getting in the way.  We are of course very excited to be adding to the world’s population by one and will be delighted to do some hands-on demographic investigations. Finally, we’ll be able to tell other people to up their birth rate without being accused of a “do as I say only” approach

So, tell me if you’ve visited Italy and if so, what did you enjoy most? And any recommendations for boy’s names?