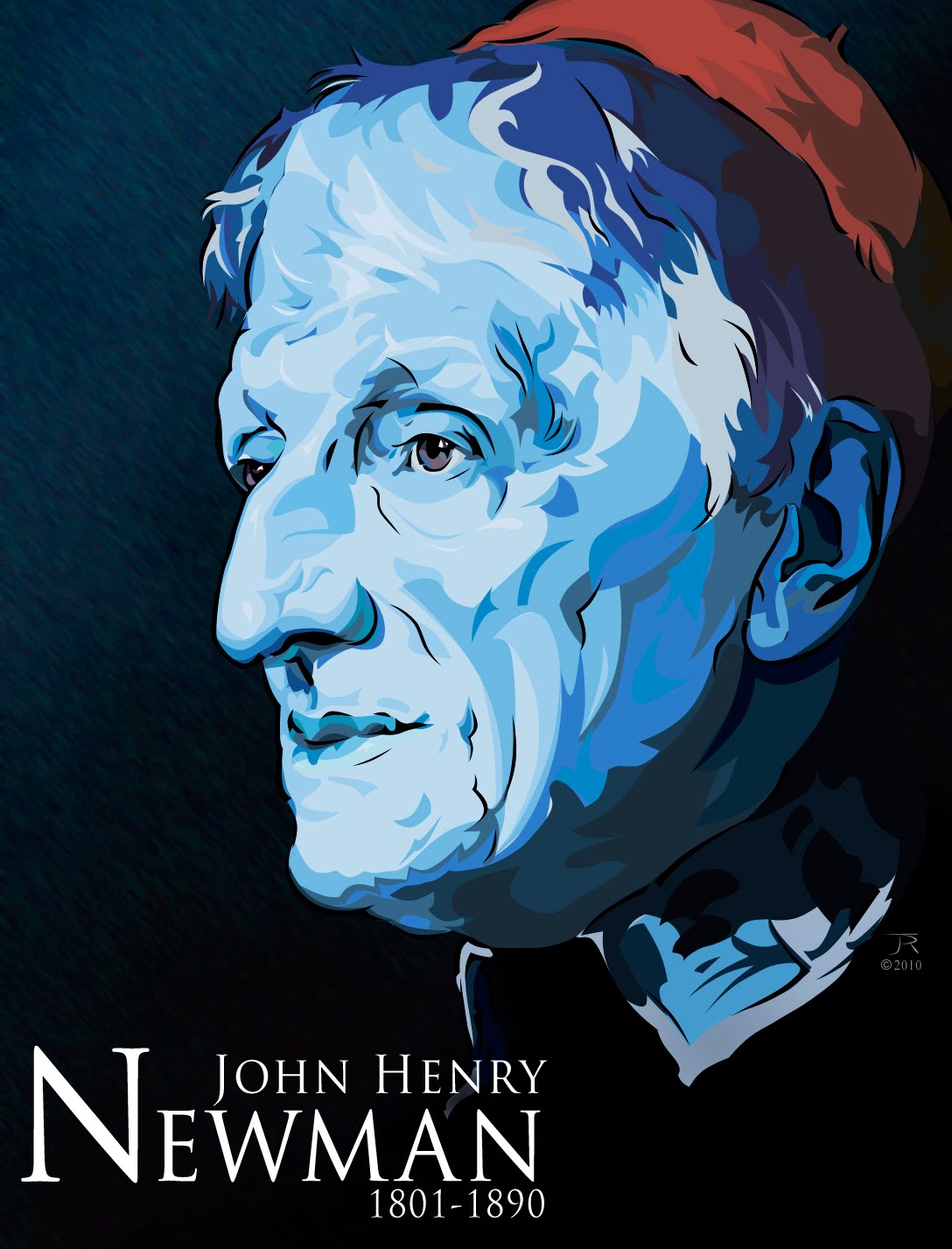 Next Thursday Pope Benedict XVI arrives in the United Kingdom for a three day visit that will culminate, on the 19th September, in the beatification of Cardinal John Henry Newman. In this and two companion articles MercatorNet surveys the controversies surrounding these events and pays its own tribute to the great Englishman.

Most people are well aware that Newman was
a great thinker, that he was a magnificent convert to the faith, and that he
was a man of great personal kindness. These are the attributes that make him
worthy to be a saint. But we live in an age that is wary of strong religious
opinions, and so it is probably on Newman’s personal holiness that we are more
likely to focus rather than on his thought, much of which is controversial and
challenging.

A saint is not just somebody who is good
and kind – he is someone who is rightly believing. The whole thrust of Newman’s
theological endeavours was to discover and to preserve what the Church has
always believed, and if necessary to develop these traditional beliefs to make
them endure into the future. Newman thought that what we believe is not an
accident, something which is just there, but rather that we are responsible for
what we believe. If we hold to certain religious views, these are the deciding
factor in our eternal salvation, and so we have a heavy responsibility to
ensure that these views are true.

But how on earth can I possibly know that
what I think is true, out of all the thousands of belief systems present in the
world? Here Newman gives us an example: the example of his personal journey of
faith – which Pope Paul VI called the most significant journey that anyone made
in the 19th century.

Newman
lived in a time of great religious turmoil. We tend to think of the Victorians
as being church-going people – and the evidence for this is in the large numbers
of churches that they built, many of which are now redundant. Actually, this
gives a misleading impression – since when we look at the population growth in 19th
century England, church building failed to keep pace. Moreover, all of the
trends of secularism and opposition to revealed religion that we observe to be
so militant in our own day have their origins in the Victorian age.

We can see the consequences of all this in
contemporary Britain: the aggressive secular agenda of governments and others
on the one hand, and anaemic, emotional, irrational religion on the other.
Cardinal Newman foresaw both of these trends – he realized that if faith and
reason were allowed to drift apart, then we would be left unable to carry on a
conversation between the two. When he was made a Cardinal in 1879, Newman made
his famous biglietto speech, in which
he said:

“And, I rejoice to say, to one great
mischief I have from the first opposed myself. For thirty, forty, fifty years I
have resisted to the best of my powers the spirit of liberalism in religion… Liberalism
in religion is the doctrine that there is no positive truth in religion, but
that one creed is as good as another, and this is the teaching which is gaining
substance and force daily. It is inconsistent with any recognition of any
religion, as true. It teaches that all are to be tolerated, for all are
matters of opinion “

Does this sound like a description of the
world in which we live now? Newman saw it coming. But he also had the answer.
He saw that it is by uniting faith and reason, as the Catholic Church has
always done, that we are able to combat the artificial separation between the
two that turns religion into a private hobby with no bearing on everyday life
or on the great issues of public interest.

When he was 15 years old, like many
adolescents, John Henry began to wonder about the reality of the religion in
which he had been brought up. He was on the verge of falling into scepticism –
it would not have been surprising if he had, as his younger brother Frank did.
But John Henry realized, as he describes in his autobiography, the Apologia: “When
I was fifteen, in the autumn of 1816, a great change of thought took place in
me. I fell under the influence of a definite Creed, and received into my
intellect impressions of dogma which, through God’s mercy, have never been effaced or
obscured.”

Newman felt the strong
conviction that there were two necessarily existing beings – himself and God,
rather in the same way as Pascal had done. Initially, Newman fell under the
influence of the Calvinist school of religion. He believed that the Pope was
the anti-Christ, that one portion or humanity was predestined for heaven and
the other to hell, and so on. But here we see the seeds of his genius – that
when shown other doctrines by friends and those whom he admired, he was able to
consider their merits and to weigh up by reason which were true. It was this
that enabled Newman’s religious thought to develop during his lifetime.

When he was at
Littlemore, studying the Fathers, Newman realized that he had to become a
Catholic. He said later that it was not Catholics that made him a Catholic (he
didn’t know any) but Oxford. By which he meant that it was prayer and study
that convinced him of the truths of the faith, not any encounter with any
person. It is remarkable how many other people have been led by the reading of
Newman also into the Church – for this alone he is worthy to be made a saint,
for the thousands of conversions brought about by his intellectual apostolate.

The great gift which
Newman saw could safely steer a person through all this controversy is
conscience. Conscience – “the aboriginal vicar of Christ” – is that faculty
every human being has to know what is right. It is the voice of God Himself
speaking in our soul.

This does not mean that
following conscience is easy. The word conscience is used by most people today
to mean “how I feel”. That is an unscientific, subjective attitude – part of
what Benedict XVI has called the “dictatorship of relativism”. Look at Newman’s
life, and we see that his conscience led him in paths that he did not choose,
in directions he did not expect. He did not become a Catholic because he felt
drawn to anything outwardly beautiful (quite the opposite), or because the
Catholic Church was an easier or more peaceful place to be, but because his
conscience impelled him. He always advised those wondering whether to convert
that they should do so only if they were convinced that this was the only way
to save their souls. Any other motive was insufficient.

Newman approached
matters of truth, and questions of right and wrong with a sense of reverence,
because he was convinced that a loving God has ordained something for certain
in all these matters. Our interpretation of our conscience is flawed because of
original sin, and so we can never be safe simply by relying on our natural
perceptions: we must be guided by the Church.

So what lessons can we, in the 21st
century, learn from this giant of the 19th century? I would suggest that John
Henry Newman is a guide in three very contemporary concerns: seeking Truth in
all things, following our conscience at whatever cost, and witnessing to the
fact that God, and not man, is Lord of human history.


Father Daniel Seward is Parish Priest of the Oxford Oratory, in the UK.

none More by Daniel Seward