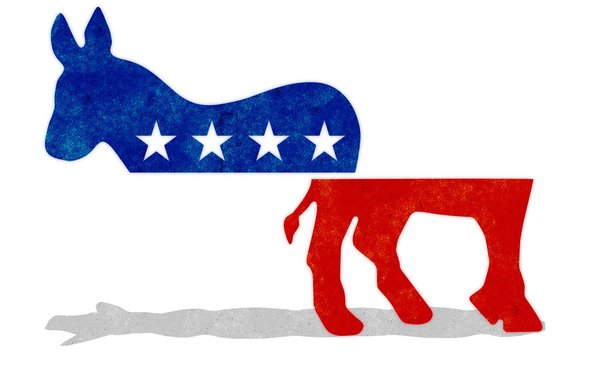 Yes we can… tell the political
establishment that we are not satisfied with the government and governance of
our country.

This was the message sent extremely loudly
and with a piercing clarity by the American electorate to the Democrats, the
major mainstream newspapers and television and radio stations and even to those
demigods Jon Stewart and Stephen Colbert.

Stewart in particular deserves a
metaphorical slap after explaining to his unthinking followers at his publicity
stunt rally in Washington DC last weekend that he had nothing against people of
faith and against middle America. Actually he patronises, mocks and insults
Christians and men and women who embrace traditional US values on a weekly
basis and is paid millions of dollars for it.

But this isn’t about snide broadcasters –
not of any significance in the long term anyway – but about a people who were
told that others knew better and have finally turned around and replied that it
just isn’t so.

The list is impressive. One half of the
bicameral system lost to the Republicans in a reversal not seen in more than
two generations. The Senate still in Democrat hands but with a massively
reduced majority. The likely removal of that icon of liberal arrogance Nancy
Pelosi. The obstruction of the President’s legislative initiatives. And —
important this — the preventing of funding to his healthcare proposals.

An ugly, difficult time for any sitting
President and a particularly hard one for a man who has assumed so much for so
long. Contrary to what the propaganda has told us Barack Obama is not a
politician who likes to compromise or sees the merit in alternative arguments.
I’d hate to be one of his advisors in the next two years and it could be that
we’ll see an increasingly angry and petulant leader in the White House.

Anger, of course, was what we were told was
the motivating factor among the voters. Americans weren’t disappointed or
simply intelligently opposed to their leaders but were bursting with ignorance
and hysteria.

This, at least, was the analysis projected
on ordinary Americans by journalists and experts who consider themselves
anything but ordinary. Thing is, these were merely people exercising their
democratic rights and constitutional obligations and voting in an election.
That they voted contrary to what most journalists wanted doesn’t make them
angry.

Indeed we saw far more anger from opponents
of former President Bush when crowds of people screamed poison and malice at
the man, when those experts (yes, they never go away) insulted him and
directors even made hopeful movies about his assassination. This was genuine
anger.

What we saw this week was less anger than
sheer frustration that the spending of unimaginable amounts of money had
resulted in hardly any improvement to the economy, an unemployment rate still
at 10 percent and a housing crisis that may even be getting worse. A President
who was elected on hyperbole – some of his most enthusiastic supporters had no
idea what he actually proposed to do – seemed largely impotent when faced with
tangible problems. What he did appear to possess was a personal agenda that
surpassed anything held by a Clinton or Carter, let alone a Bush or Reagan. Here
was a man who appeared and appears to like the idea of his United States but
positively dislike the reality of modern America.

Incessant praise for and pride in one’s country can become tedious but an adamant refusal to show
love for a homeland is something far worse. If George W. Bush had sometimes
indulged too quickly and deeply in hard-edge patriotism, Barack Obama gave the
impression that he positively detested the flag and faith tradition that
epitomises the country he leads. President Kennedy was no model of the
Presidency but his desire to change the country embraced and included the
fundamentals of Americanism and devotion to nationhood.

Obama is something different and that has
bled through even to people who voted for him so recently. This is significant.
Republicans were motivated and mobilised in this election but voters who had
always supported Obama and who are traditionally more Democrat than Republican
– the Roman Catholic vote, for example, swung dramatically away from the
President – either refused to vote or turned to the Republicans.

In fact while Washington’s economic policy
has been less than convincing – and the credit resources and loan ease of the
United States should make life far better for Obama than for European and Latin
American leaders – the government’s foreign policy has arguably been even
worse.

For supporters of the wars in Iraq and
Afghanistan, the President has been too passive; for opponents of the wars he
has not done enough and has failed on his promises.

On the crucial issue of the Middle East
Obama has been a disaster. Iran feels empowered by his positions and it
certainly did not go unnoticed that he took so long to condemn the beating and
killing of pro-democracy protestors in the streets of Teheran. Israel and
Palestine are a mess and one of the few issues the two groups can agree on is
that Obama has made matters worse. This is not a partisan reaction. President
Clinton was personally involved and formed relationships with Israeli and
Palestinian leaders, President Bush spoke of a Palestinian state but reassured
the Israelis.

President Obama has made both sides feel
rejected and sometimes despised. His personal abuse of Prime Minister Netanyahu
– he left the man alone in a room in Washington as a virtual prisoner and
refused to see him – will likely never be forgiven.

He reached out to the Islamic world and was
given a humiliating response, his popularity in Europe has fallen by more than
25 percent and even Jon Stewart (see above for snide broadcasters) found the
courage to ask him some deeply critical questions on The Daily Show.

Here lies a central reason for the election
results. Not The Daily Show with its mere 2 million viewers but how Obama
reacted to what were entirely reasonable journalistic questions. He seemed
annoyed, even petulant. He doesn’t like being challenged and the arrogance that
many had warned about before he was elected President is showing itself to the
greater public. From being eminently likeable, he has become to many Americans
eminently difficult to like.

So a combination of poor responses to a
severe economic crisis, a failed foreign policy, the apparent elevating of a partisan
agenda above national interest and personal arrogance leads to an electoral
disaster.

I’m not entirely sure why this should be
dismissed as anger. If anyone has shown anger it is President Obama and his
supporters. If they were angry then, imagine how they will be now. This could
well be a one-term Presidency and while Republicans will obviously rejoice in
that, the more acute challenge for Obama is that an increasing number of
Democrats are also smiling at the thought.


Michael
Coren is a broadcaster and writer living in Toronto, Canada.