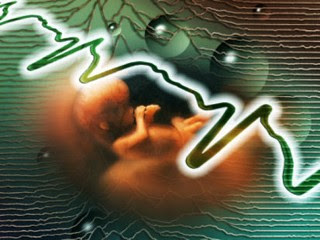 That’s the issue dividing pro-life groups, in other words.

Not the words of the New York Times, which prominently featured this story on the front page above the fold in Monday’s edition. Let’s look at what they said and how they said it.

A widening and emotional rift over legal tactics has split the anti-abortion movement, with its longtime leaders facing a Tea Party-like insurrection from many grass-roots activists who are impatient with the pace of change.

Now that they’ve changed their style-books to refer to pro-life people only as “anti-abortion”, what does the NYT and other big media call the pro-abortion movement (just for parity of language, we should assume that’s what they are as the opposite of anti-abortion forces)?

They’re usually called “pro-choice.” As if that has any defining properties.

So back to the story…

For decades, established anti-abortion leaders like National Right to Life and Catholic bishops have pushed for gradually chipping away at the edges of Roe v. Wade, the 1973 Supreme Court ruling that legalized abortion, with state laws to impose limits on late-term abortions, to require women to view sonograms or to prohibit insurance coverage for the procedure.

But now many activists and evangelical Christian groups are pressing for an all-out legal assault on Roe. v. Wade in the hope — others call it a reckless dream — that the Supreme Court is ready to consider a radical change in the ruling.

Such combative language. An “all-out assault on Roe v. Wade” in what may be “a reckless dream” that…what?…”the Supreme Court is ready to consider a radical change in the ruling.”

Roe was a radical ruling, to set the record straight. but back to that in a moment…

The rift widened last month over a so-called personhood amendment in Mississippi that would have barred virtually all abortions by giving legal rights to embryos. It was voted down but is still being pursued in several states.

By calling the growing human life in the womb of the pregnant mother an “embryo” the aim is to dehumanize the human being. And the cynical reference to the legislation as the “so-called personhood amendment”…what’s that about? Diminishing its validity, for starters.

Now, in Ohio, a bill before the state legislature that would ban abortions once a fetal heartbeat is detectable, usually six to eight weeks into pregnancy, is the latest effort by activists to force a legal showdown. The so-called heartbeat bill is tearing apart the state’s powerful anti-abortion forces.

Why aren’t pro-abortion forces ever called “activists”? And why is the heartbeat bill “so-called”, when it’s a medical and biological reality that there’s a detectable heartbeat in the baby?

Because words are important in forming public opinion, and there’s an agenda working here that has worked for decades by distorting the language.

I will get back to the point the Times makes, accurately, about the rift in the pro-life movement. They need to get their act together, and there’s plenty to say about that, another time.

But for now, remember the impressive list of pro-choice legal experts who declared Roe to be bad law. It was a radical ruling, and it is indefensible. It should be challenged on all levels.

And btw…I heard a reference in an unusual news report the other day that made simple common sense. If the media must refer to the pro-life movement as ‘anti-abortion,’ the obvious label for the other side is the ‘anti-pro-life movement.’ That’s calling it what it is.