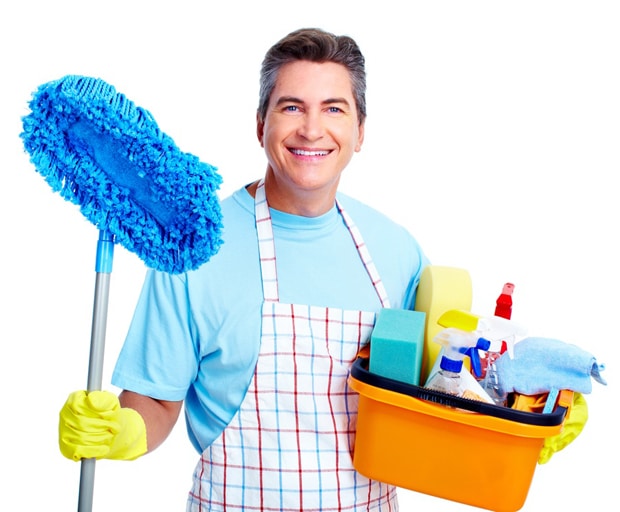 Did you know that it is women who do the majority of housework? Even mothers of young children, who are holding down fulltime jobs, seem to spend more time than men with a mop and vacuum in hand.

This, however, is not new information; every few months you can find a news report somewhere highlighting the situation. The most recent Household, Income and Labour Dynamics in Australia Survey (HILDA), shows that in households where men are the main breadwinners, they do 14.5 hours of housework a week, compared to 27.6 hours by women.

That may seem understandable, but even when the situation is reversed, and women are the main breadwinners, the data still shows that men are not taking up their fair share of the load. Needless to say, if both the man and woman are in the workforce it seems only right that they contribute to the domestic duties in an equitable matter.

However, these reports about who is doing what chores are only so helpful, and in fact I think that in some respects, they are completely unhelpful. They may be leading us to believe that quantifiable domestic tasks, such as cooking, cleaning and laundry, are the sum work to be done in keeping a household, and by extension a family, in good order.

Of course ‘back in the day’ we know that husbands left the house to work, and wives raised the children and cared for the home. Since women got the vote in Australia in 1902 however, there has been a steady march towards a greater participation of women in the paid workforce, and in the last two generations this has really flowered (which is not in-principle a bad thing). Governments are working harder than ever to ensure than women are getting back into the workforce as soon as possible after having their 1.87 children.

Now if a woman who remained at home were only there to keep the floors polished and the shirts ironed, then by all means we should ensure the tasks are as fairly spread as they can be, and if at all possible, hire someone else to take charge of the dusting to allow for an even greater opportunity for women to participate in the paid workforce.

As with numerous things in our enlightened society though, we may have undersold the true value of one spouse being at home, while the other works to financially support the family. Having one spouse at home is about far more than getting domestic chores done.

In fact the domestic chores are almost only a means through which the real work is done, and that real work is in the creation of a home. We all live in houses but we are spending less quality time at home because father, mother and children are often working too hard. A new survey says that many families are spending just over 30 minutes of quality time together during the week and less than three hours on Saturday and Sunday. Ironically perhaps, the same survey shows that much of the weekend is now taken up with the housework that was traditionally done during the week.

A home however is more than a house. A home exists within the four walls of a house, but it is not able to be assessed in the same way that we tally up the time taken to do domestic chores.

One who chooses to be a ‘home-maker’ may certainly undertake domestic chores, but the real task is in the time taken to sit with the children and have a tea party, to collate a photo album of the family holidays, or to write birthday and get well cards on behalf of the family.

The ‘job’ of a homemaker is to build relationships within the family. It is to reach out to those in need because there is the time to do so. It is the role of making the family house a warm and inviting place; a place where one’s spouse and children are able to be together in peace and love. In fact the homemaker may not necessarily be the best person at cleaning, ironing and cooking at all, but that is to some degree not important. The real task is to be very much the heart of the home.

I know some will roll their eyes and tell me that this is mere idealism, but I think it is right to say that it is idealism … because it is ideal. Of course this is not possible in every family because every family has its own story. Some families are only two people so the need for one person to be at home is lessened. In some families the costs of living require both husband and wife to spend some time out working.

The point is, though, we can’t break down home life to a bunch of cleaning jobs that need to be crossed off a list. In a society where so many families live separate lives under the same roof, where the dining room table is no longer used for its created purpose, we need more than ever, to appreciate the vital role of the home-maker.

Bernard Toutounji is an Australian writer, speaker and educator.  He holds a Bachelor of Theology from the Catholic Institute of Sydney and a Master of... More by Bernard Toutounji