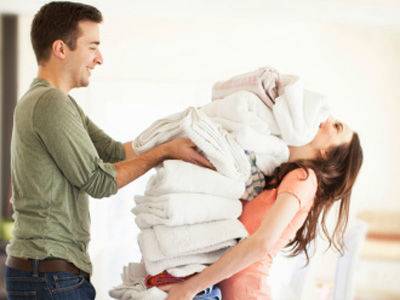 Stuff, one of New Zealand’s two local media amalgamations, recently republished a piece from the Conversation about recent research that all married men should take note of. According to a Swedish study, heterosexual couples were more likely to divorce if husbands discounted their wife’s housework contribution. Furthermore, women who did more housework than their partners were less satisfied with their relationship and more likely to consider breaking up. (This means there are many unsatisfied women out there since, on average, women do more housework than men in all countries!)

What the research shows is that it is not so much the having to do housework that leads to problems, but the way that men can discount their wives housework contribution. The study’s methodology was as follows:

In these couples, the woman also thought about breaking up with her male partner, indicating that discounting her housework contribution is more damaging for women’s relationship plans than men’s.

By following these couples over time and linking them to the Swedish register data (collected by the government for births, deaths, marriage, divorce and so on), we found these couples are more likely to officially dissolve the relationship. So in Sweden, at least, housework inequality is cause for divorce.”

Conversely, if men credit their partners’ housework – or he thinks that she does more than she actually does – then women report better satisfaction in their relationship. Apparently this supports the ideas of Arlie Hocschild who, in her book The Second Shift, identified that expressing gratitude for your partner’s housework, created “an emotional surplus” that could be drawn upon by couples when they suffer from negative emotional outcomes. Failing to recognise what the other person has done around the house creates a void “in the interpersonal climate”.

Stripping off the psychology-jargon this study seems to confirm common-sense. Everyone likes to be expressly thanked for the work they do, and housework is often a thankless task which is neverending. Therefore, it makes sense that people feel more satisfied if the only person who can appreciate their housework gives voice to that appreciation. When we were preparing for marriage, one piece of advice we were given was the “80-20” rule. Always expect to do 80% of the work and get only 20% done by your partner. If you both do that, then you will never feel resentment at the amount of work that the other person is doing and both will be satisfied hopefully. It’s something to think about anyway. Perhaps if more (men in particular) had this approach to housework, then this might also have an effect on birth rates on some countries…as well as bringing other benefits.