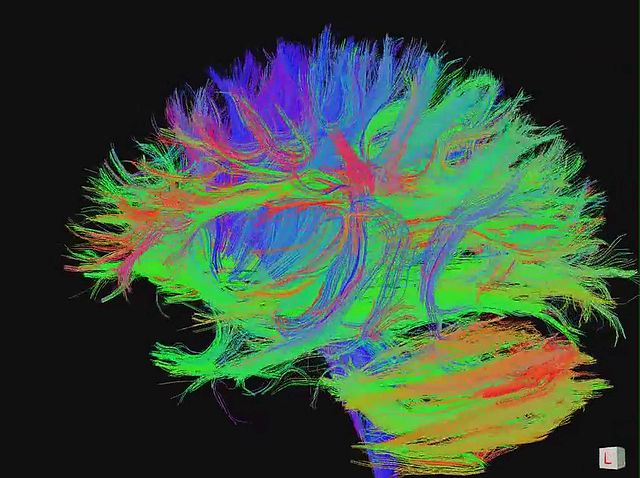 Who could laugh when their father dies? The morning my father died his bed was in the same room as my beautiful mum, with advanced dementia, who was happily oblivious. My sister and I were at our father’s side. When the parish priest arrived, my father, unconscious all night, sat bolt upright. The priest anointed him, blessed my mum, returned to my dad’s side and blessed him. Immediately he sank back in his bed and breathed his last. The priest said gently to my mum, “Sheilah, Bill has gone to God.” In her that-must-be-wonderful voice mum replied. “How did he know how to get there?” Yes, in tears, we all laughed.

A much publicised new study in Psychological Science by psychologist Nina Strohminger of Yale and philosopher Shaun Nichols of University of Arizona delves into this issue of dementia and identity, prompting New Republic to run the banner: “Would you rather lose your morals or your memory?” The authors suggest that identity is more a result of others’ perceptions of our moral character than it is of memory or any other indicator of cognitive activity;[1] it is certainly refreshing to read arguments placing moral behaviour at the very core of human nature. A 2013 Cognition paper by the same authors noted that we have “a natural tendency to associate moral traits with the most essential parts of the self.”

Nevertheless I fear the research misses the mark.  The Wall Street Journal and the New Republic treated this as a heart-warming affirmation of traditional moral norms, a vindication of the adage, character is what’s left when you’ve lost everything else — in this case, your marbles.

Strohminger and Nichols remove identity from the realm of subjective memories and place it in the box of moral behaviours. Surely it is good to emphasise morality? Moral behaviour is at the very core of Aristotelian and Thomistic notions of human behaviour: we can act morally precisely because we are human they would both say, and to act immorally is to act in a sub-human way.  Yet remarkably Strohminger and Nichols seem to think that before themselves few philosophers or psychologists have seriously suggested that morality might play an important role in personal identity. “Most of the debates,” Strohminger says, “have either located the self as being somewhere in the mind or just your mind in its entirety. If they’ve gone more specific than that, they’ve claimed that it’s memory, specifically your episodic or autobiographical memories, that really makes you who you are.”’[2]

Strohminger and Nichols reject the view that identity is a consequence of personal memory, and instead see it as a consequence of perceived moral behaviours. Both views seem to overlook who we are in the first place. “I think therefore I am” and “I do good therefore I am” both miss the primacy of being.  Both options are unsatisfying: one suggests mental activity, and other, perceived behaviours, as the litmus test of identity.

Strohminger and Nichols asked carers questions such as “How much do you sense that the patient is the same underneath?” and “Do you feel you still know who the patient is?” in order to determine personality change. The researchers found that carers of sufferers of fronto-temporal dementia, or FTD, which more affects impulse control and empathy, were more likely to report a change of personality than carers of patients of Alzheimer’s. They then argued that this research overthrew the conventional wisdom; they declared that it is the perception of others rather than personal memory that secures identity.[3]

A mainstream psychological study about the basis of personal identity must have repercussions in the discussion of personhood, (a precise philosophical word for the common notion of identity as it is used here). In De persona et duabus naturis Boethius wrote his famous definition in the Aristotelian tradition that emphasised the stable and real existence of persons: “an individual substance of a rational nature”. But after the Cartesian earthquake, the inner life came to predominate. John Locke held the self to be “a thinking intelligent being that has reason and reflection, and can consider itself as itself, the same thinking thing, in different times and places”.[4]  The authors’ notion of identity is ultimately drawn from the tradition of Locke. They contrast third party perceptions of identity with the Lockean notion of a self that is perceived through one’s own memories; but both are ultimately anchored in perceptions. The difference is profound: Aristotle and Boethius emphasise being, Locke and this study emphasise inner life as the basis of personal identity.

Is “who we are” a consequence of mental properties, such as memory, perception or consciousness itself, or is it in fact a metaphysical notion, existing without the necessity of consciousness and evidence to third parties? This study dabbles, deliberately or naively, with the first view. It is playing with fire. In a vain search for identity the authors have leapt from the frying pan of subjective memory, into the fire of subjective behaviours.

In a universe without objective stable realities the ethical becomes opinionable because reality itself is subject to opinion. In the Strohminger and Nichols study, facts of identity are determined by majority responses on surveys. Yet, when human identity requires a benchmark of mental activities or of specific behaviours, there is a lot at risk: if a foetus is not yet a human being, if a severely handicapped man is irrational, if a severely injured young woman is vegetative, if a mum with dementia is less human, then none of the above need be treated as human.

The study also demonstrates that reductionism is alive and well. An adequate anthropology of the human person must stress not only the biology but also the evident underpinning principle of unity and rational function, our soul.  An anthropology that emphasises inner life or behaviours alone cannot do this. Hence it is not surprising that the assumption of the authors is that the moral faculty resides in the frontotemporal lobe. Without question this area of the brain offers neural resources for emotional regulation, but human beings are more than cells and currents as is evident from human fulfilment in intangibles of truth and love. Spindle neurons found in humans, dolphins, elephants and the great apes, are the cause of our moral abilities; they are “integral to our emotional and social lives” we read in New Republic.[5] Really?

Unfortunately this study also demonstrates the danger of psychological explorations without an adequate anthropology. As Elizabeth Anscombe famously said, we must “stop doing moral philosophy until we get our psychology straight”.[6] She denounced “… [the current] huge gap, at present unfillable as far as we are concerned, which needs to be filled by an account of human nature, human action, the type of characteristic a virtue is, and, above all, of human ‘flourishing’. And it is the last concept that appears the most doubtful. For it is a bit much to swallow that a man in pain and hunger and poor and friendless, is flourishing, as Aristotle himself admitted.”

So, at least, Strohminger and Nichols seem correct to argue that compassion and other moral behaviours are integral to our human nature. But they are wrong to align our human identity with moral behaviours. A lady with dementia deserves our dedicated loving care and attention both as a fellow human being and as a mother. In fact it is in giving ourselves in love, even to the most vulnerable stranger, that we discover the secret of human flourishing. It is flourishing, not identity, that is a consequence of behaviour, but that is another story.

Dr Andy Mullins, author of Parenting for Character and an occasional contributor to Mercatornet, is past headmaster of two Sydney schools, Redfield and Wollemi Colleges. In his doctoral thesis he investigated the neural substrates of virtue. He is currently working in Melbourne. He holds an adjunct professorial position at University of Notre Dame Australia.

Dr Andy Mullins was the Headmaster of Redfield and Wollemi Colleges in Sydney. Now he teaches formation of character at the University of Notre Dame Australia. His doctorate investigated the neurobiological... More by Andy Mullins