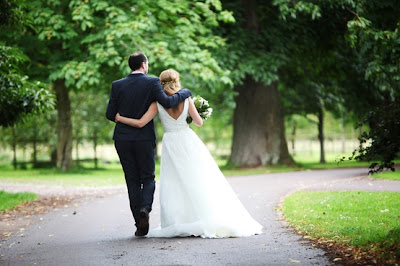 In a move sure to ruffle liberal Americans’ feathers yet again, Russia is considering an increase in the current tax on divorces.

Kelly Phillips Erb of Forbes reports, “Russia is considering upping the tax on splitting up to 30,000 rubles ($941 US) from the current rate of 400 rubles ($13 US). The increase of nearly 7500% has two goals: raising revenue and discouraging divorce.”  The revenue will be used to “plug holes” in Russia’s current budget deficit, a rising concern to many.  In addition, however, Prime Minister Dmitry Medvedev hopes that the higher tax will cause some to pause before rushing into either marriage or divorce.  Erb calls the move part of Russia’s larger “rush to morality” in the past few months.

Given the overwhelming research demonstrating the benefits of marriage, however, perhaps the United States should consider a similar “rush.”

The New Research – Dysfunction, Not Discrimination

Progressive commentators have developed an ingenious strategy for dealing with unwelcome evidence that married men and women enjoy decidedly better well-being than do single, divorced, or cohabiting peers. The real problem, these clever commentators assert, is social intolerance and prejudice. If society were simply more accepting of singleness, divorce, and cohabitation, none of these social circumstances would entail deficits in well-being. That imaginative line of reasoning, however, just took a hard hit from a large international study establishing beyond any reasonable doubt that regardless of how tolerant and accepting society may be, marriage confers decided advantages over singleness, divorce, and cohabitation.

Conducted by sociologist Ellen Verbake of Tilburg University in the Netherlands, this new study first systematically assesses the well-being of married, divorced, single, and cohabiting men and women in 45 European countries and then gauges the effect of the country’s normative culture in determining that well-being. The data for these assessments comes from 60,518 men and women surveyed in 45 countries as part of European Values Study 2008.

The pattern emerging in the data could hardly be clearer: “Subjective well-being varies by partnership status, with married individuals reporting the highest level of well-being, followed (in order) by cohabiting, dating, single, and finally divorced or widowed individuals.” The differences evident in the well-being of the groups turn out to be sizeable. “Overall,” Verbake reports, “the variation in well-being is quite substantial.”

Verbake recognizes one relationship difference as one of the most strikingly consistent findings of her study: “the slope of cohabitation, representing the difference in well-being between married and cohabiting persons, does not vary over countries.” In country after country after country, married men and women enjoy better subjective well-being than do their cohabiting peers.

Verbake pointedly frames and then directly answers the key question: “Is it true that people in a non-married relationship suffer more in terms of well-being in societies that generally disapprove of non-traditional partner statuses? The answer is negative.” Whether the focus is those who are single, those who are cohabiting, or those who are divorced, Verbake found “no significant interaction effects” in her statistical analyses. And in this absence of effects, Verbake sees proof that “societal rejection of one’s partnership status does not make people unhappier.”

In summing up her findings, Verbake reiterates the clear implication of the data: “The general conclusion that can be formulated is that societies’ normative climates have little impact on how people in various kinds of relationships evaluate their lives.”