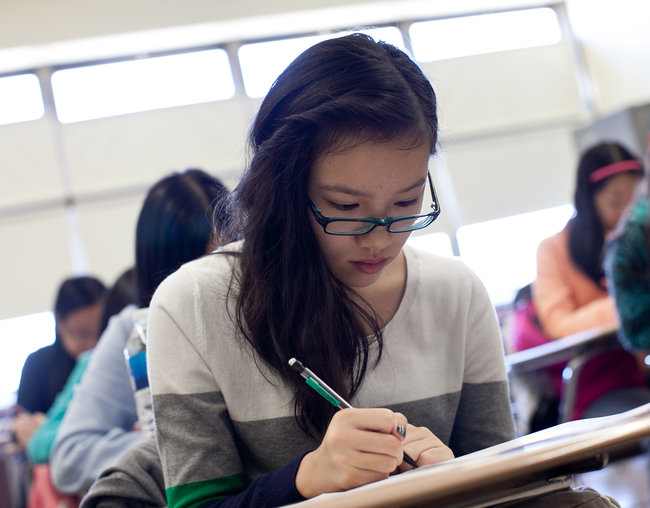 International test results on maths, reading and science literacies, released this week, continue to show one thing for sure: the outstanding performance of Asian education systems.

Each time the results of the OECD’s Programme for International Student Assessment (PISA) 2012 are released, countries like Shanghai, Singapore, Hong Kong, Taiwan, Korea, Macao and Japan all appear at the top of the rankings. And, each time, educators and commentators become fascinated with their success.

The last time PISA results were released in 2010, former prime minister Julia Gillard said the rise of Asia and decline of Australia on PISA rankings were a “wake-up call” and set a goal to be ranked among these top Asian systems. Soon after, much media attention was given to the “secrets” of Asian PISA success and what we can learn from them.

But this infatuation also sees detractors who rally around derogatory stereotypes about Asian education. Many observers, in their attempt to dismiss the call to learn from Asia, perpetuate caricatures about Asian schooling – ones where children mindlessly memorise under enormous parental and societal pressure.

Unfortunately, the idea that Asian education is either doing everything right or everything wrong is overly simplistic and needs to change.

The caricatures about Asian education have been around for decades in Western media and some corners of education scholarship. It was most recently perpetuated by Yale University Law School Professor Amy Chua’s best selling book, Battle Hymn of the the Tiger Mother. This book promoted the idea that typical Asian parents, and by extension Asian societies, have excessively high academic expectations that pressure students to succeed.

While this stereotypical image of Asian education might shed some light on some aspects of teaching and learning in a few Asian countries, it fails to provide a more balanced view. According to US-based education researcher Hyunjoon Park, the author of Re-Evaluating Education in Japan and Korea: Demystifying Stereotypes, it also implicitly rejects any possibility that a useful lesson or two might be learned from the Asian experience.

In fact, this one-dimensional view of Asian education has been challenged by many education scholars specialising in Asian education. The English-language scholarship on Japanese schooling, for instance, has consistently demonstrated the high quality teaching and learning in Japanese primary schools. American education researcher Nancy Sato characterises these as being underpinned by the four Cs: community, connectedness, commitment and caring. She contrasts this with the western focus on the three Rs: reading, writing and arithmetic.

This is not the full story, of course, but it does show up the stereotypes of Asian education as being driven solely by test pressure.

This research has also demonstrates how a degree of centralisation in teacher staffing and school resourcing, along with a standardised curriculum contributes to equal education outcomes – a possible lesson for Australia.

The other stereotype about Asian schooling is that students are drilled with facts to prepare them for entrance examination. This may once have been true, but increasingly Asian systems are moving away from this kind of didactic teaching.

Since the mid 1990s, many of the top-performing countries in Asia such as Korea, Japan, Singapore and Taiwan, for instance, have introduced student-centred, problem-solving and interdisciplinary teaching. They have also considerably relaxed their central control over curriculum and administrative matters, though recent introduction of standardised testing has reversed this trend to some extent.

The curricular reform has been partly driven by concerns about students’ lack of learning motivation, problems-solving skills and the lack of relevant material in the curriculum to a changing “knowledge economy.”

Though the pressure for high school and university entrance examinations remains high in some countries, with a considerable number of high school students attending after-school private tutoring, there is no doubt that teacher-centred, didactic teaching has become much less dominant in these Asian countries.

While it is important to counter the prevailing negatives about Asian education, it is also important not to assume that “best practice” in Asia can be easily transferred to Australian education either. While calls for learning from Asian countries are warranted, their success must be understood as part of a larger institutional and cultural context.

Just transplanting ideas into an Australian context are unlikely to work as planned.

The Asian success story is also often cherry picked to suit political agendas, particularly when it comes to the issue of funding. The idea that academic excellence can be achieved with modest education funding because this is what happens in Asia is worrisome and can be used to shift the debate away from the inequitable allocation of school funding in Australia.

Once again, singling out one aspect of Asian education systems without considering the big picture is highly misleading.

At the moment, the discussion about Asian education and what lessons are there for Australian schools, is still a superficial one. A more balanced and nuanced understanding of Asian education is much needed to better inform our education reform debate in the age of Australia in the Asian Century.

Keita Takayama is a senior lecturer at the University of New England, in Australia. He does not work for, consult to, own shares in or receive funding from any company or organisation that would benefit from this article, and has no relevant affiliations.