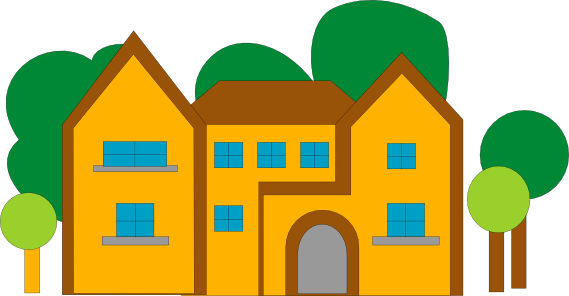 After MercatorNet published a brief analysis of statistics about Catholic clerical sex abuse released recently by the Royal Commission into Institutional Responses to Child Sexual Abuse, we received this article from a prominent Sydney barrister involved in clergy based cases. Because some of these cases are sub judice, he asked that we not publish his name.

The Royal Commission into Institutional Responses to Child Sexual Abuse has done valuable work in exposing historical sexual abuse of young people amongst Church-based and other private institutions.

To date, the completed Case Studies show considerable attention to faith-based institutions. No State or Territory schools appear to have been the subject of public hearings.

In my opinion the Commission has largely neglected the elephant in the room, namely Government schools. Whether this was deliberate or an oversight, it needs to be addressed. I ask the following questions:

• What analysis has the Royal Commission done of child sexual abuse in Government schools?

• Why have there been no public hearings into Government teachers, schools or practices of Departments of Education?

• Have the teachers’ unions in the States and Territories lobbied to block an investigation into Government schools?

• Is it being suggested that Government schools with more than 65 percent of all school students somehow are so well managed to be immune from the problems exposed in schools and institutions operated by Catholic, Anglican, Jewish and other religious denominations?

• Has the Commission published any justification for not examining the problems State schools and institutions have experienced with teachers and other employees?

From time to time, media outlets report cases where school teachers are charged and convicted of child sexual offences. Many of these are State schools. Unlike most of the historical abuses the Commission has covered in its Case Studies, where various institutions have demonstrably changed their attitudes and practices, resulting in far fewer abuses in modern times, most of the cases set out below involving State School teachers involve instances of recent child sexual abuse.

Here are a few recent articles which mention official government data reporting criminal offences, including child sexual assault, involving State School teachers. The figures are opaque, but from the summary statistics one can infer that the number of proven offenders may be substantial. The number of “alleged perpetrators”, to use a phrase employed by the Royal Commission, may be much larger.

“There has been a dramatic rise in the number of Queensland teachers being charged with serious criminal offences, including child sex crimes, new figures show. The Queensland College of Teachers 2013 annual report, which was tabled in State Parliament last week, revealed the Queensland Police Service, through its commissioner, had notified it of 74 teachers charged with offences.

“It was an increase of 29.8 per cent from 2012, in which 57 teachers were reported and 12 suspended, and 64.4 per cent from 2011 (45 teachers reported. seven suspended). Of the 74 notifications in 2013, 15 teachers lost their QCT registration after they were charged with serious offences. Queensland Teachers Union president Kevin Bates said the number would reflect poorly on the profession. ‘If the number was just one, then it would still be a concern,’ he said.”

“Sexual misconduct or crimes are the reasons for almost half of all sackings of NSW public school teachers. In the same week Education Minister Adrian Piccoli announced a new ‘three strikes and you’re out’ policy for underperforming teachers, it can be revealed 82 teachers have been convicted of serious criminal offences in the past five years – including 20 last year.

“That is out of a total of 171 teachers sacked for either ‘proven allegations of misconduct’ or poor performers who failed “improvement programs”. The majority found guilty of criminal offences have been convicted over pedophilia. Sixty-two teachers were involved in sexual misconduct or sexual offences in the five-year period, including 48 in sexual misconduct involving students.

“The shocking figures involving public school and TAFE teachers from 2008 to 2012 have been released by the NSW Department of Education and Communities on its website. They show 12 teachers were sacked over child pornography.”

“Victims have spoken out in the wake of a state parliamentary inquiry and the ongoing Royal Commission into Institutional Responses to Child Sexual Abuse, leading to fresh investigations.

“Last financial year, 10 teachers found guilty of sexual offences were deregistered and a further five teachers were suspended following charges, according to Victorian Institute of Teaching records. Just two teachers were disqualified in 2006.”

And to indicate that there is an on-going problem, here are headlines from the last year reporting offences by State school teachers. They only relate to the state of New South Wales. Other teachers were arrested, but for historic offences. I am not aware of any priests or religious who have been arrested or charged over current offences in the past year in the State of NSW.

February 12, 2016. The Newcastle Herald reported: “A Port Stephens high school teacher has been charged with allegedly having sex with a teenage student. Child abuse squad detectives arrested the 49-year-old at his Corlette home on Thursday night after an investigation into alleged acts in September and October last year. It is alleged the man had sex with the female student while he was a teacher at the same Port Stephens school.”

June 10, 2016. The Sydney Morning Herald reported: “A teacher has been refused bail after he allegedly indecently assaulted students a dozen times while they were under his care in Sydney’s south. The 60-year-old, who cannot be named for legal reasons, was arrested at his Cronulla home on Thursday morning following a police investigation. He was taken to Miranda Police Station and charged with child sex offences, which police allege were committed on high school students over a span of four years.”

August 19, 2016. Sky News reported: “A former NSW teacher who pulled a 15-year-old schoolgirl out of class so that he could sexually abuse her has been sentenced to a minimum of seven years behind bars. The 42-year-old, who cannot be named for legal reasons, was a married father-of-two and a trusted careers adviser at a high school in the state’s south, Acting Judge Norman Delaney told the Sydney District Court on Friday.”

September 9, 2016. The Daily Telegraph reported: “A primary school teacher accused of grooming and indecently assaulting three male students was refused bail at court. The 29-year-old was arrested at his Bradbury home yesterday after detectives began investigating claims by an 11-year-old boy that he had been indecently assaulted by a teacher. The man — who cannot be identified for legal reasons — is facing 10 charges of indecently assaulting a person under 16, three counts of groom/procure a child and an aggravated act of indecency.”

January 13, 2017. 9News reported: “A 61-year-old teacher has been charged after he allegedly indecently assaulted a teenage girl he met at a high school in Sydney’s southwest. It’s alleged the man assaulted the 16-year-old student after he arranged to meet her at a park in Marrickville in the city’s inner west, on New Year’s Eve. Police say the teacher made several sexually-explicit calls and texts to the girl after the attack.

With this litany of offences, I do not mean to suggest that faith-based institutions are better or worse than the schools of Australian states and territories. What I do respectfully suggest is that the Royal Commission should turn its attention to offences in government schools, both historic and contemporary. It is certainly within its remit and the lessons learned will help to ensure that the 65 percent of Australian children who attend government schools will be safe. At the moment, to judge from the headlines, they are not.