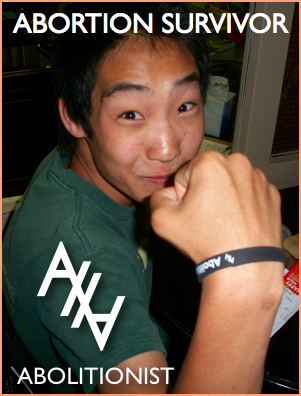 Sounds terrible, doesn’t it? Well, it is. And we’re supposed to stop talking about abortion, as a matter of political expediency.

While this is going on.

Figures from Statistics Canada, a federal government agency, show 491 babies were born alive following botched abortions during the period from 2000-2009 and left to die afterwards.

This is precisely what got nurse Jill Stanek involved in pro-life work.

One night, a nursing co-worker was taking an aborted Down’s syndrome baby who was born alive to our Soiled Utility Room because his parents did not want to hold him, and she did not have time to hold him. I could not bear the thought of this suffering child dying alone in a Soiled Utility Room, so I cradled and rocked him for the 45 minutes that he lived. He was 21 to 22 weeks old, weighed about ½ pound, and was about 10 inches long. He was too weak to move very much, expending any energy he had trying to breathe. Toward the end he was so quiet that I couldn’t tell if he was still alive unless I held him up to the light to see if his heart was still beating through his chest wall.

What’s worse, this is not all that uncommon.

Other co-workers have told me about incidences of live aborted babies whom they have cared for. A Support Associate told me about an aborted baby who was left to die on the counter of the Soiled Utility Room wrapped in a disposable towel. This baby was accidentally thrown into the garbage, and when they later were going through the trash to find the baby, the baby fell out of the towel and on to the floor. A nurse coworker told me about an abortion she was involved in where the baby was supposed to have spina bifida but was born with an intact spine…The nurse told me that the father came into the Soiled Utility Room to see his son, took one look and saw that he had been involved in aborting his completely healthy baby, and turned and left the room without saying a word.

(There are countless men out there suffering post abortion trauma along with women, but it’s suppressed and gets almost no attention.)

I was recently told about a situation by a nursing coworker who said, “I can’t stop thinking about it.” She had a patient who was just over 23 weeks pregnant, and she was not going to be able to complete her pregnancy to term. The baby was healthy and had up to a 39% chance of survival, according to national statistics. But the patient chose to abort. The baby was born alive. If the mother had wanted everything done for her baby, there would have been a neonatologist, pediatric resident, neonatal nurse, and respiratory therapist present for the delivery, and the baby would have been taken to our Neonatal Intensive Care Unit for specialized care. Instead, the only personnel present for this delivery were an obstetrical resident and my coworker. After delivery the baby, who showed early signs of thriving, was merely wrapped in a blanket and kept in the Labor & Delivery Department until she died 2-1/2 hours later.

When I testified before you last July, another nurse who worked at Christ Hospital, Allison Baker, also testified. Allison was not asked back today due to the new limit on the number of witnesses allowed. But last year Allison described walking into the Soiled Utility Room on two separate occasions to find live aborted babies left naked on a scale and the metal counter. She told about the patient that she herself had who didn’t know that her baby might be aborted alive and who did not then want to hold him. After he was taken to the Soiled Utility Room she kept asking, “Is he dead yet? Is he dead yet?” (This testimony is being entered today into the Congressional Record.)

Lest you think that Christ Hospital’s live birth abortion practice is uncommon, I am entering into Congressional Record today literature from a March 30, 2001, symposium sponsored by Waukesha Memorial Hospital in Wisconsin that was “reviewed and is acceptable” by the American Academy of Family Physicians, wherein Dr. Washington Hill writes that a “complication” of a mid-trimester labor induction is a “live birth.” The American College of Obstetricians and gynecologists also gave credit hours to physicians for taking this course.

Stanek said, in this 2001 testimony, that the hospital stopped putting babies born alive after an attempted abortion in the soiled utility room, and created an eerie placed called the “Comfort Room.”

When Christ Hospital opened its Comfort Room, I was honestly galled. It became clearer to me than ever that a law must be enacted that specifies that all babies born alive are indeed humans and American citizens with civil rights to equal protection. This is a point that is obviously not clear to extremists in our great country who believe that the right to obtain an abortion must be extended to include the right to commit infanticide.

Considering that every newly conceived life is a human life, abortion is already infanticide, no matter what the legal definitions claim.

Stanek made that statement in 2001, the year then-Senator Barack Obama refused to support the Born Alive Infants Protection Act. Over a decade later, efforts to broaden recognition of the dignity of all human life have struggled, while efforts to advance the cause of abortion on demand at any time for any reason, and to make it more accessible than ever, have gained a lot of ground. (This Stanek post alone says a lot.)

So here we are with the story out of Canada, just one story that speaks for countless others.

But one survivor speaks out for them all.

Now, Melissa Ohden, an American woman who survived a saline abortion attempt on her life, is speaking up for these Canadian children.

“Children surviving abortions.  Children surviving abortions and being left to die.  Very seldom do many in our world think about these circumstances, because, frankly, it seems impossible and at the same time horrifying,” she says. “And if these kinds of circumstances are considered, let’s be honest:  most people think that failed abortions and children left to die after failed abortions are a rarity and something that doesn’t happen in a civilized nation.  Yet people’s experiences,   and now, even statistics, are reflecting otherwise.”

Ohden says these babies “were abortion survivors, not miscarriages or stillbirths, as so many would want to believe.”

“Although much of our world has the tendency to turn a deaf ear and a blind eye to abortion and its’ atrocities, we know that there are many individuals in the world today who not only recognize the horror of these circumstances but also understand it on a deeply personal level, having lived through similar circumstances.  We are abortion survivors,” she said.

“As the survivor of a failed saline infusion abortion in 1977, I live each day knowing what should have happened to me.  I should have been scalded to death while still in my biological mother’s womb. And after being left for dead after my delivery, I should have become just another statistic like those reported by Statistics Canada.  Yet I am alive today to share the truth about what happened to me and what happens to children like me, like these 491 abortion survivors in Canada,” Ohden continued. “”Yes, being an abortion survivor and living to tell about it is rare when you consider the overwhelming number of lives lost to abortion: over 100,000 lives lost through abortion in Canada and over 1.2 million lives lost in the United States every year.  Although we, as abortion survivors, are a small number in comparison to these overall numbers of lives lost, the truth is, there are far more abortion survivors than you might think.”

Her story is compelling.

Over the past five years, I have had contact with nearly 100 survivors, most of whom are from the U.S., but some of whom are also from Canada, Australia, Africa, and parts of Europe.  And everywhere I go, even simply via the Internet, I encounter more survivors everyday.  Although all of our experiences are unique, the tie that binds us is the truth about who we are and what we’ve overcome.  Just like these 491 children in Canada, we were meant to simply be another number, a statistic.  But we were, and we are, someone’s child, someone’s grandchild, someone’s cousin, someone’s niece or nephew, someone’s sibling, just as the 491 survivors in Canada are.  The fact that they were aborted and left to die may have rendered them lifeless and nameless, but it doesn’t take away the truth that they were a child who survived a terrible circumstance and suffered a terrible death.  It doesn’t take away that they were someone’s family member and that whether it’s acknowledged openly or not, the abortion that was meant to end their life, and them being left to die, has left an indelible impact for generations to come.

Time to talk about this. Ohden is doing her part. She’s not only speaking out, she started a new organization, “The Abortion Survivors Network, to help connect survivors, to help facilitate healing, and to help educate the world about abortion and abortion survivors.”

There will be more to come on this. Plenty more. Time to talk.