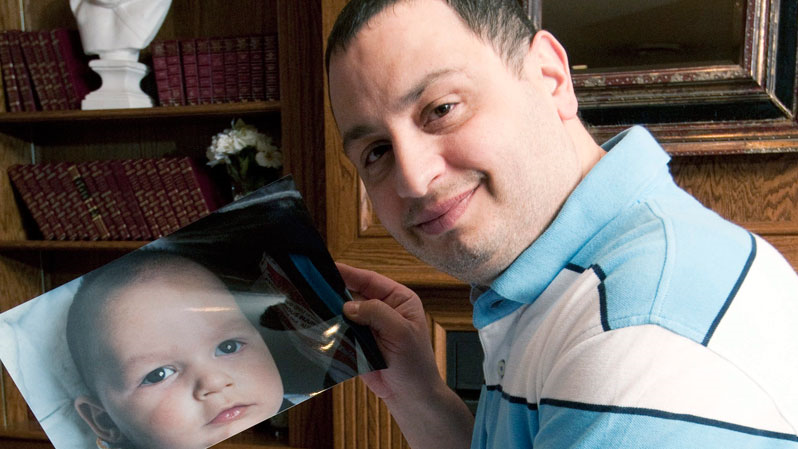 Joseph Maraachli, dubbed “Baby Joseph” by the
media, is making a good recovery after receiving a tracheotomy at SSM Cardinal
Glennon Children’s Hospital in St. Louis, Missouri. (from
eCanadaNow)

The procedure was performed as an important
first step in transitioning the 1-year-old to a nursing facility, before
allowing him to return home to Windsor, Ontario with his parents, Moe and Sana
Maraachli, for his final days. He is scheduled to have the tube changed in the
coming week.

Baby Joseph first made news earlier this
month when a Canadian hospital denied treatment, and decided to remove the
infant’s breathing tube.

The child suffers from Leigh Syndrome, a rare
genetic neurometabolic disorder, and had been at the hospital in London, Ontario
since October 2010.

Doctors at the [Ontario] hospital had
determined that due to the low prognosis of recovering from the deteriorating
condition, he did not warrant further treatment.

Pardon
my cynicism, but I think perhaps it had more to do with the high cost of his
treatment. And possibly that heady feeling you get when, backed by the legal
system, you hold not only the power of life and death in your hands, but the
ability to thwart the wishes of anyone with the audacity to question your
judgment. There’s an old joke about doctors, but it could just as easily be
applied to “health care” bureaucrats, judges and lawyers: What’s the difference
between God and a doctor? Answer: God knows he’s not a doctor.

The
Maraachli family now hopes to take Joseph home to die in peace and privacy. One
hesitates to call it a happy ending; how can you when you’re talking about a
terminally ill infant? But the family is satisfied with
the situation as it currently stands.

Moe
Maraachli, Joseph’s father, said in response to this week’s events: “It’s a
miracle. My son now has freedom. I’m very happy. My wife and I will respect the
second opinion from the hospital in St. Louis. We will accept it with all my
heart because Joseph got his human right to get a chance to get a second
opinion. When God wants to take his life He’ll take it and nobody can say ‘No’
to God.”

Well, one hospital board in Ontario gave it
their best shot.