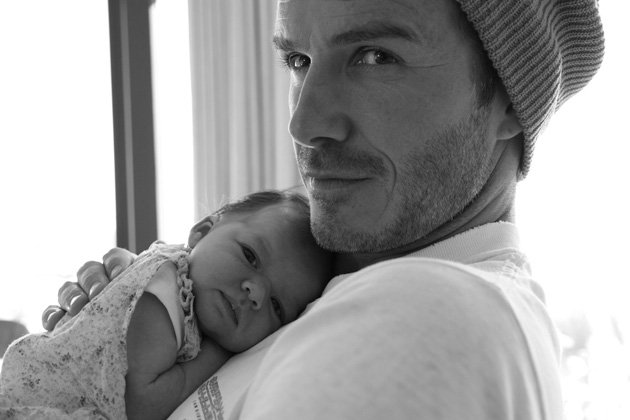 The recent birth of David and Victoria Beckham’s baby daughter, Harper Seven, is good news according to Dr. Dermot Grenham, a population expert who holds a doctorate in mathematics from the University of Oxford and a specialist masters degree in population and development from the London School of Economics.  However, others beg to differ.  He comments in an interview with CNA :

“Congratulations to David and Victoria! The arrival of a fourth Beckham baby is certainly great news for them – but it’s also good news for the economy and the future of the planet…Good on the Beckhams for having four children and future taxpayers who – if they are half as successful as their parents – will be contributing mightily towards my pension…Many poorer countries are already having to deal with an aging population before they have generated enough wealth to be able to provide the level of social protection such as old age pensions that we are used to.”

Strong claims to the contrary come from the chief executive of Optimum Population Trust, Simon Ross, who criticizes the Beckhams’ so-called ‘large’ family, as reported in this article in The Guardian entitled “Beckhams a ‘bad example’ for families”.  He comments:

“The Beckhams, and others like London mayor Boris Johnson, are very bad role models with their large families. There’s no point in people trying to reduce their carbon emissions and then increasing them 100% by having another child.”

David and Victoria were married in 1999 and have three other children; Brooklyn, 11, Romeo, 8, and Cruz, 5.  When the birth of a fourth beautiful baby girl is no longer a happy occasion for some, it does make you wonder where society is headed.  One can hardly argue that the Beckham’s are incapable of supporting all their children!  And as the above commentators mention, in the future their children may well end up supporting those complaining now about their births too!  For an indepth analysis of this issue, I refer you to this informative article by Colleen Carroll Campbell on the Mercatornet main page.