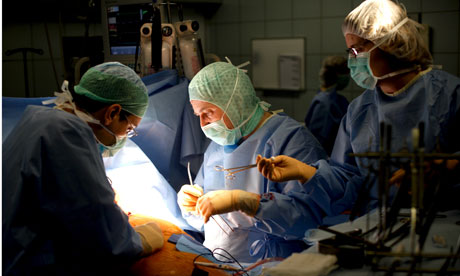 If you have an organ transplant in Belgium, there is a small chance that you will owe your life to someone else’s death by euthanasia.

The complex job of matching donors and recipients in Belgium — where euthanasia has been legal since 2002 — is handled by an organisation called Eurotransplant. In 2008, in a little noticed move, its ethics committee declared that retrieving organs from euthanased patients was ethically acceptable as long as certain protocols were followed. The criteria were published in Eurotransplant’s 2008 annual report.

The use of organs from euthanased patients is still uncommon, but it is well established. Last week a press release from a team led by Dirk van Raemdonck at University Hospitals Leuven revealed that they had successfully transplanted lungs from four euthanased patients between 2007 and 2009.

Since 2009, another three euthanased patients have donated organs, Dr Dirk Ysebaert, of University Hospital Antwerp, told MercatorNet in an email.

In their academic papers, the Belgian surgeons express hope that euthanasia will make more organs available. In a 2009 article in Transplantation Proceedings, Dr Ysebaert and his team wrote:

“The potential in Belgium (and the Netherlands) could be substantial. According to the Federal Control and Evaluation Committee Euthanasia in Belgium, the percentage of patients with debilitating neurologic disease with their request for euthanasia granted was between 5.0% and 9.5% of all euthanasia cases between 2003 and 2005.”

In the most recent disclosure, an article in the journal Applied Cardiopulmonary Pathophysiology, Dr van Raemdonck and his colleagues point out that the quality of the lungs from euthanased patients is superior to those obtained from brain dead donors and donations after cardiac death.

“In contrast to these donors, euthanasia donors do not experience an agonal phase before circulatory arrest as seen in donors dying from hypoxemia or from cardiogenic or hypovolemic shock.”

Furthermore, Belgian doctors believe, it is a win-win situation. In a letter in another journal, the European Society for Organ Transplantation, several doctors reported the case of a woman with locked-in syndrome who was euthanased and agreed to donate her organs. They optimistically concluded:

“This possibility may increase the number of transplantable organs and may also provide some comfort to the donor and his (her) family, considering that the termination of the patient’s life may somehow help other human beings in need for organ transplantation.”

The official number of euthanased patients appears to be increasing every year in Belgium. In 2008, the latest year for which official figures are available, there were 705. In most cases, however, the organs of euthanased patients are not suitable for organ transplants. More than 80 percent have cancer. However, organs from patients with neuromuscular disease or psychological suffering may well be suitable.

Of the four lung transplants handled by Dr van Raemdonck, three suffered from “a debilitating benign disease such as a neurological or muscular disorder”. The other was not physically ill at all, but had an “unbearable mental disorder”.

The doctors involved in euthanasia transplants insist that they follow to the letter Belgium’s euthanasia law as well as the Eurotransplant guidelines. They particularly stress that a request for euthanasia and the need for an organ are not linked. The suggestion that they are killing patients for their organs is a macabre fantasy, they feel. “To make something very clear and which is not stressed in the public press,” Dr Ysebaert told MercatorNet,  “is that these patients explicitly asked to donate their organs if possible. The request was never done by a third party. Also the possibility to donate organs was always discussed after the request for euthanasia was granted.”

Although the synergy between one patient’s wish to die and another patient’s need for an organ may be unsettling, this business has not been taking place in the corners of a dark basement. The doctors involved have published several communications in professional journals. Still, the news does not seem to have made waves outside of Belgium. One English transplant surgeon said that he had never heard of it.

A host of probing questions must asked now that the practice has come to light.

Transparency, for one thing. A document on the Eurotransplant website, “Current ethical considerations in organ transplantation”, fails to include transplants from euthanased patients amongst the ethical problems. Does that mean that it is not an ethical problem? Eurotransplant declares that “transparency” is a key corporate value. Yet its 2010 annual report omits the word “euthanasia”.

It is not clear how many times organ donation with euthanasia has taken place. In its annual report Eurotransplant records euthanasia under “other causes of death” rather than underscoring it as an item of special public interest. Dr Michael A. Bos, the chair of the Eurotransplant Ethics Committee, told MercatorNet in an email that “The responsibility for transparency rests with the Belgian transplant centers” and not with Eurotransplant. But is publication in academic journals sufficient? Have there been other cases which have not been written up?

Belgian doctors are not renowned for their transparency in reporting euthanasia, so it is unlikely that the possibility can be dismissed with “plausible deniability”. Only half of all euthanasia cases there are reported, according to a study in the British Medical Journal last year.

The quality of the informed consent is another problem. Belgium’s law specifies that a request for euthanasia must be carried out by two doctors. But if the requst is not terminal, a third doctor must be consulted and a month must pass between the request and the death. In the jargon of euthanasia, the request must be “current, voluntary, well-considered, repeated, and written”.

But the very possibility of transcending loss of dignity, despair or dependency by donating one’s vital organs could intensify the desire for euthanasia for some people. As the doctors themselves suggest, it might give lives without “quality of life” some meaning. This is not just a Belgian phenomenon. Earlier this year a prisoner on death row in Oregon wrote a New York Times opinion piece expressing his willingness to donate organs after his execution.

“If I donated all of my organs today, I could clear nearly 1 percent of my state’s organ waiting list. I am 37 years old and healthy; throwing my organs away after I am executed is nothing but a waste.”

He claimed that half of his companions on death row would do the same.

With organ donation being advertised as “the gift of life”, an ultimate act of altruism could be irresistible for some people who feel that their life is worthless. And once someone has volunteered to donate healthy organs, what are his chances of finding a Belgian doctor to dissuade him? Dr Ysebaert and his team summed up their philosophy in their 2009 paper: “can a request for organ donation after euthanasia be denied if the patient strongly expresses the will for donation?”

Amazingly, despite the increasingly vocal debate over euthanasia and assisted suicide in the US, the UK and Australia, the Belgian experience has flown under the radar.

Dr Peter Saunders, of Care Not Killing, an UK group opposed to euthanasia, (and a MercatorNet contributor) was shocked by the news. His blog was quoted in the London Telegraph:

“I was amazed at how nonchalantly the issue was dealt with as if killing patients and then harvesting their organs was the most natural thing in the world… The matter of fact way the retrieval process is described in the paper is particularly chilling and shows the degree of collaboration that is necessary between the euthanasia team and the transplant surgeons – prep them for theatre next to the operating room, then kill them and wheel them in for organ retrieval. All in a day’s work in Brave New Belgium.”

Eurotransplant has condemned the Chinese practice of using organs  from executed prisoners.

“The commercial exploitation of organs from executed prisoners is considered a breach of human rights and is an unacceptable practice… any act that risks calling the practice of transplantation into disrepute is to be regretted.”

Doesn’t using organs from a mentally ill person who thinks that life is not worth living call the practice of transplantation into disrepute as well? Is the pot calling the kettle black?