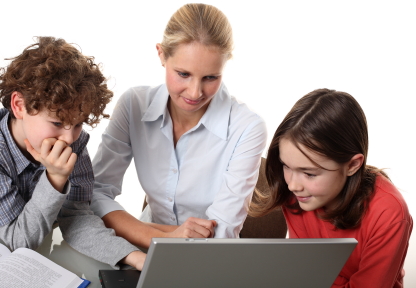 Today’s mothers don’t have much time to themselves, despite labour-saving
home appliances, according to a UK survey. This seems to be because they have
to be “perfect mothers” as well as go out to work.

More than half a sample of 1000 (56 per cent) felt they had only as much as
or less time than their own mothers. On average, today’s mothers had only 26
minutes per day of “me time”, reports
the London Telegraph.

The time created by labour-saving products is now largely spent in paid
employment outside of the home, which has gone from 17 per cent of mothers in
the 1950s to 65 per cent in 2001. And the amount of time devoted specifically
to “active” childcare has also increased substantially – more than
cancelling out any time saved by these products, the report suggested.

In days gone by, I suppose, there were more kids per family and they looked
after and entertained one another. Also they played with neighbouring kids
outside. Now there are one or two children stuck inside (because it is unsafe
outside) with mum. Is this interactive time, or mum and kids doing their own
thing alongside…

The survey found that technology, however, especially the internet was a
boon at allowing mothers to keep in touch. Over two thirds of mothers said they
used social networks such as Mumsnet or Facebook to keep in touch with fellow
parents.

Kate Fox, co-Director of SIRC, said: “With the increasing pressure on
mothers to work a ‘double shift’ – to be the perfect mother as well as a
wage-earner – support networks are more important than ever. And mothers are
using every means of communication available to build the strong communities
and networks of family and friends that they need.”

Golly, when do they get time to actually meet those people?