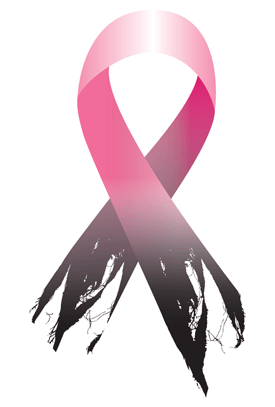 In this WSJ piece, James Taranto calls it ‘totalitarian feminism.’

In breaking ties with Planned Parenthood, Komen made the same mistake: It failed to understand it was dealing with intolerant fanatics…

Further, Komen offered a rationale for its decision–a new policy denying grants to groups under governmental investigation–that seemed disingenuous and provided a point of attack for Planned Parenthood and its allies. “I’m reminded of the McCarthy era, where somebody said: ‘Oh,’ a congressman stands up, a senator, ‘I’m investigating this organization and therefore people should stop funding them,’ ” Politico quotes Sen. Barbara Boxer as saying on MSNBC.

Here’s an important point almost no one else in major media is making:

In truth, Komen was under no obligation to fund Planned Parenthood. Its decision not to do so was not punitive and did not even appear to be. The episode is reminiscent of George Orwell far more than Joe McCarthy. Komen’s actual aim was to extricate itself from the divisive national battle over abortion by severing its connection with a leading combatant.

The conservative Media Research Center notes that CNN “aired a pretty one-sided piece including statements from Planned Parenthood’s president Cecile Richards…No supporter of Komen’s position or critic of Planned Parenthood was included. Even more appalling than that lack of balance, though, was CNN’s echoing the charge of “right-wing ‘bullying,’ ” while the network was participating in Planned Parenthood’s effort to bully Komen.

“With its roster of corporate sponsors and the pink ribbons that lend a halo to almost any kind of product you can think of, the Susan G. Komen for the Cure foundation has a longstanding reputation as a staunch protector of women’s health. That reputation suffered a grievous, perhaps mortal, wound this week from the news that Komen, the world’s largest breast cancer organization, decided to betray that mission. It threw itself into the middle of one of America’s nastiest political battles, on the side of hard-right forces working to demonize Planned Parenthood and undermine women’s health and freedom.
The truth is that Komen blundered into a political battle by supporting Planned Parenthood in the first place and was attempting to back out of it quietly.”

The Times’s view exemplifies feminism’s gradual transformation into a totalitarian ideology. Totalitarianism politicizes everything, so that neutrality is betrayal–in this case, neutrality on abortion is portrayed as opposition to “women’s health.” As we wrote last year, this is also why purportedly pro-choice feminists can hate Sarah Palin and her daughter for choosing not to abort their children.

Komen would have been better off approaching the matter straightforwardly, by announcing that it wished to opt out of the abortion debate and would not support groups that take a position on either side of the issue, including Planned Parenthood. This would not have averted the smear campaign that followed, for Planned Parenthood and its supporters have internalized the notion that abortion is health, and are determined that everyone else internalize it too. But an honest position would have been easier to defend. No one would have been able to dent Komen’s integrity.

Speaking of honesty, and the New York Times, Ross Douthat has this good column.

IN the most recent Gallup poll on abortion, as many Americans described themselves as pro-life as called themselves pro-choice. A combined 58 percent of Americans stated that abortion should either be “illegal in all circumstances” or “legal in only a few circumstances.” These results do not vary appreciably by gender: in the first Gallup poll to show a slight pro-life majority, conducted in May 2009, half of American women described themselves as pro-life.

But if you’ve followed the media frenzy surrounding the Susan G. Komen for the Cure foundation’s decision — which it backpedaled from, with an apology, after a wave of frankly brutal coverage — to discontinue about $700,000 in funding for Planned Parenthood, you would think all these millions of anti-abortion Americans simply do not exist.

From the nightly news shows to print and online media, the coverage’s tone alternated between wonder and outrage — wonder that anyone could possibly find Planned Parenthood even remotely controversial and outrage that the Komen foundation had “politicized” the cause of women’s health.

“That ubiquitous pink ribbon … is sporting a black eye today,” Claire Shipman announced on ABC News Thursday, while Diane Sawyer nodded along. On MSNBC, Andrea Mitchell dressed down the Komen foundation’s founder, Nancy Brinker: “I have to tell you,” Mitchell said, “this is shocking to a lot of your longtime supporters. … How could this have taken place?” In story after story, journalists explicitly passed judgment on Komen for creating a controversy where none need ever have existed.

Conservative complaints about media bias are sometimes overdrawn. But on the abortion issue, the press’s prejudices are often absolute, its biases blatant and its blinders impenetrable. In many newsrooms and television studios across the country, Planned Parenthood is regarded as the equivalent of, well, the Komen foundation: an apolitical, high-minded and humanitarian institution whose work no rational person — and certainly no self-respecting woman — could possibly question or oppose.

But of course millions of Americans — including, yes, millions of American women — do oppose Planned Parenthood. They oppose the 300,000-plus abortions it performs every year (making it the largest abortion provider in the country), and they oppose its tireless opposition to even modest limits on abortion.

Both sides of the abortion debate ‘should find the anti-komen backlash disgusting,’ says Daniel Foster at NRO’s The Corner. Like the other two pieces above, this one is worth reading all the way through, following its links and its logic.

The Komen Foundation is a private organization. Planned Parenthood is ostensibly a private organization as well, but one with the highest of public profiles, a maximally polarizing mission, and a conduit of taxpayer dollars. If either of the two should be wary of politicizing its decision-making process, it should be PP, no? And yet Komen is getting hammered for a practical organizational decision (for the zillionth time: PP does not provide mammography) while pro-choice auxiliaries are gleefully fomenting the rage.

Will Wilkinson, who is pro legal abortion and probably the libertarian with whom I agree least often, gets it exactly right on this score, observing that there is more than a little gangsterism in the response from the PP set:

“You know, I’m not a big fan of Komen’s brandification of breast cancer, I dislike seeing pink ribbons plastered over everything, and I think Planned Parenthood is real swell, abortions and all. So I’m not especially inclined to come to Komen’s aid. But I’ll be damned if this doesn’t look a bit like PP throwing it’s weight around, knocking a few pieces of china off the shelves, sending a message to its other donors: “Nice foundation you got there. Wouldn’t want anything to, you know, happen to it.”

Look, the beauty of free speech is that, if you’re inclined to do so, you can write a check to PP in an act of solidarity, or write a check to Komen as an expression of moral approval. That’s all fine. But there’s something quite a bit different, something creepy and not a little despicable, about the Planned Parenthood set’s besmirching Komen’s good name across a thousand platforms for having the audacity to stop giving them free money. And I don’t care why that decision was made, frankly.

Look at it this way…

Imagine I volunteered to run a cub scout troop, and for years, when the annual soapbox derby came near, I knew I could count on Joe’s Deli as good for a hundred dollar donation. If one year Old Man Joe decided he didn’t want to donate any more — because he didn’t like the design of our racer, or because he thought his hundred bucks was better spent on a little league team, or because he disapproved of the scouts’ stance on gays — what on earth would justify me going on public access TV to grill Old Man Joe on why he hates kids? What would justify me hacking the Joe’s Deli web site or maliciously editing Old Man Joe’s Wikipedia page? What would justify me goading a handful of my city councilman into standing up at the next town meeting and publicly calling on Old Man Joe to reinstate his donation?

Nothing. Nothing would justify that. Nothing at all.