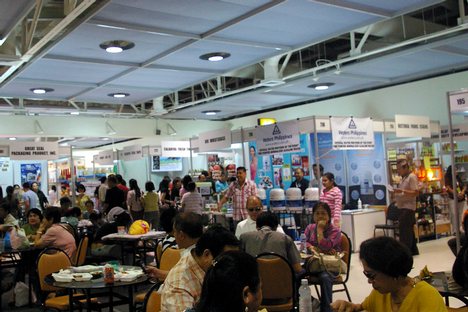 The Philippines is a populous country. With almost 100 million people, the Philippines is one of the largest countries in the world. However, it is also relatively poor with a per capita GDP of around $4,000 (all according to wiki – where would we be without wiki?).  As you might be able to imagine, there have been calls for the Philippines to stop growing demographically and start growing economically.  After all, you shouldn’t have babies that you can’t afford.  We touched on this last year in light of the proposed “The Responsible Parenthood, Reproductive Health and Population and Development Act of 2011” (By the way, does one of our discerning readers from the Philippines like to tell us what happened with that legislation?) One of the guiding principles of that piece of legislation was:

“The limited resources of the country cannot be suffered to be spread so thinly to service a burgeoning multitude that makes the allocations grossly inadequate and effectively meaningless” [my emphasis].

There is another way of looking at things. A way that focuses more on people as producers.  A way that recognises that only people can alleviate poverty. A way that does not believe the myth that economic progress and growth is based upon making sure that the poor people don’t breed too much (see here for an explosion of that myth). This way is to help poor people and not through giving out condoms, pressuring them to abort their babies, tying their tubes and giving them the snip.  That is, help them to start up businesses.  Help them with education and opportunities. In short, treat them as productive equals and human beings and not as the target of our condescension and paternalism.

An example of this way of looking at things is the Briggy Hall project in the Philippines.  This project involves “A Filipino community cafe that helps aspiring micro-entrepreneurs to jumpstart their businesses and build on their scrumptious passions!” In particular:

“Launched last November 25, 2011, Briggy Hall is a community-based social business model that helps start up food entrepreneurs launch their passions by providing them with a 5-point promise of Booth, Buddies, Brains, Biz and Buck:

Go and read more about the project at the website.  You can also check the Briggy Hall project out on Facebook. Go on, “Like” them. Also, if you would like to really like them, you could consider donating to the project.  Helping micro-businesses start up is not cheap, and the project is hoping to raise a further USD 1600 in three weeks.  If you donate $25 you even receive “A thank you in the form of a fun and flirty poetry!” If that doesn’t sway you then nothing will…

You can get out of poverty by trying to ensure that there are no more poor people (an impossible dream that serves to dehumanise everyone involved, the poor and their “caregivers”). Or you can actually help people get themselves out of poverty.