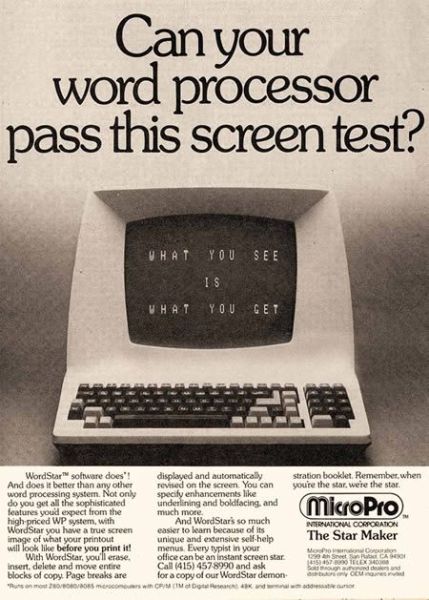 Of the 400,000-odd students who graduated from Australian universities last year, some, at least, must hope to become non-fiction writers. Can they envision an Australia with no internet? No blogs? No social media, let alone Twitter? No mobile phones? No readily available desktop-publishing packages? Nothing resembling a global economy? No journalism degrees or even courier companies to speak of? No Post-It notes or liquid paper except as luxury items largely confined to legal offices? No foreign periodicals available at the average newsagent apart from Time and Newsweek?

Welcome to the Australia of 30 years ago. The time when I, for one, started notching up newspaper and magazine article publications.

In retrospect, the early-to-mid-1980s were boom times for Australia’s rookie but diligent non-fiction freelancers. Newspapers had better things to do, on the whole, than syndicate articles from abroad. Since almost no one hereabouts contemplated terrorism save as regards Northern Ireland, print media editors could be reached with an ease nowadays beyond imagining.

One could literally telephone on Monday for an appointment with a features boss on Tuesday, be given a deadline for the following Friday, be published the next weekend but one, and be paid the week after that. I cannot once recall an editor doing more than taking a cursory glance at my prior clippings (this glance signifying a straightforward desire for confirmation that I was not actually illiterate). As for being expected to supply either a résumé or evidence of an academic qualification, the suggestion would have been considered ludicrous.

If the comparative shortage of authorial competitors in those days made obtaining commissions an almost absurdly straightforward task, submitting copy to head office was the reverse of straightforward. Every newspaper (bar The Canberra Times alone) had installed a different kind of obstacle course, but the most intimidating was The Australian’s. For all Rupert Murdoch’s latter-day reputation as swashbuckling union-buster, he proved to be the most demure pussy-cat in terms of The Australian’s unionized work practices. Because of this, authors needed to dictate their copy, phrase by wearisome phrase, to receptionists – always female – who would type it up for the system’s benefit.

A few receptionists struggled with basic English clichés (I recall one of them turning Lenin’s alleged phrase “useful idiots” into “youthful idiots”). Many, by contrast, were not only keyboard whizzes but educational whizzes, much more cultivated than most writers whose discharges they keyed in. They possessed a striking arsenal of foreign words and names, which they spelled with 100% accuracy. (One, I recall, reminded me about the e-acute in André Gide’s first name.) Whether bad or – mostly – good, the receptionists could not be avoided. As one editor told me, it was unthinkable even to contemplate bypassing them.

Equally unthinkable was using a word-processor. I first saw a word-processor in 1985 – the parliamentarian who hired me at the time sought to reassure me by his insistence that “basically it’s just a bloody typewriter” – and had nightmares for weeks about its complexity. Tiny pulsating light green type on an almost pitch black screen cannot have done much for users’ optical health either. Floppy discs then really were floppy. Hard drives probably had less memory storage than does the simplest and cheapest MP3 now.

But if one found the word processor too intimidating, then pounding out one’s prose on an electric typewriter or even a manual typewriter remained socially acceptable. When a portable electronic machine came along which could actually store an entire page of typed text and exude it days or weeks later, we thought this was the absolute ultimate in hi-tech. The worst thing about this machine was its incompatibility with any paper save thermal. One would therefore print out one’s document, store the printout in a filing cabinet, and discover three months afterwards that it had so faded as to resemble an abstract expressionist pencil sketch.

Not once do I recollect an editor worrying about plagiarism, if only because the very idea of taking credit for others’ writings had not yet entered the average Australian freelancer’s head. Had we been formally warned “Don’t commit plagiarism,” we would have felt as baffled as if we had been formally warned “Don’t strangle kittens.” That plagiarism was odious, we could appreciate. That it might be glamorous, we would have found fantastical.

As for the current nostrum of trying to elevate plagiarising into an Eleventh Commandment – via continual adolescent rage against Intellectual Property, or, as its foes prefer calling it, “so-called Intellectual Property“ – this particular scam we never even considered. Equally foreign to our world: extolling one’s own books under a pseudonym; erotically charged stalking (also pseudonymous), over months, of authors whose existence had somehow managed to offend us; and assuming that to belch forth four-letter words in plethoric measure was to construct a knock-down argument. All these phenomena abound on the internet – more especially on Australian websites – such that anyone who criticises them will usually be thought archaic.

In this connection I have suddenly recalled an amiable flake whose name shall be changed to Petronius Jehoshophat, to protect the guilty. Every few months he descended on North Melbourne’s News Weekly office during 2001, while I was employed there. On one occasion Jehoshophat was particularly insistent that we at NW publish his latest effusion concerning world politics. I examined it, and just as I prepared to inform NW editor Peter Westmore that it might not be quite bad enough for the wastepaper-basket, a typo caught my eye. President Chirac’s Christian name had been misspelt “Jaques”.

Thus mystified, I ran the relevant sentence through Google. Sure enough, Jehoshophat had lifted that sentence and most of “his” article from a Wisconsin-based periodical, The New American. (The sentence was deleted from that periodical’s archive sometime in the last 11 years. I’ve just checked!) Mr Westmore, apprised of this theft, tried explaining to Jehoshophat that NW was not in the habit of publishing plagiarists. He might as well have tried explaining quantum physics to Lara Bingle.

At times I wish that I was a 20-something scribbler again. To have put something like Wikipedia at our disposal, authors of my age would have signed many a Faustian bargain. (We made do, instead, with such now-forgotten hardback doorstoppers as Chronicle of the World.) And no survivor of the 1980s’ cumbersome, boring procedure for inter-library loan requests will feel nostalgic about it, when today we can initiate such requests at the click of a mouse button.

Overall, though, I have little envy for the non-fiction tyro aspiring, in 2012, to an authorial career. As Los Angeles movie critic Steve Sailer once observed: “The Internet Age is a reader’s dream, but it can also be a writer’s nightmare because it is so hard to get paid in an age when everybody expects ‘content’ to appear magically for free.” What really alarms me is the number of literary wannabes who – doubtless thanks to blogging more than to any other factor – regard payment as evil. This, I guess, is the most important reason why (after a singularly dim-witted hiatus of years) I recently re-joined the Australian Society of Authors, and why I intend to stick with it for as long as I can still write grammatical English. There are, nonetheless, other factors also at work, including such largely forgotten concepts as pride of workmanship.

No less renowned and experienced a wordsmith than Phillip Knightley (Sydney-trained historian of warfare, espionage, and the 1960s thalidomide scandal) said last year in public: “My work as a freelance has dried up almost totally. What little remains is so poorly paid it is hardly worthwhile turning on the computer.” Does even the most Panglossian optimist believe this situation to be desirable?

If those who have done their best to impede the authorial life, and who would like to destroy it entirely, had any frankness, they would say something like: “Yes, we do indeed want to reduce your income prospects to those of a Shanghai sweatshop. So harden up, princess.” That, alas for the cause of intellectual rigour, is precisely what they dare not say.

Meanwhile, some of us continue to allow ourselves a few rueful reflections upon Rerum Novarum, Quadragesimo Anno, and other such pontifical defences of fair wages for a labourer. Horribly “papist” of us, naturellement, to think on these lines. May the conjoined shades of Marx and Ayn Rand forgive us.

R. J. Stove lives in Melbourne, edits the quarterly magazine Organ Australia, and is the author of César Franck: His Life and Times (Scarecrow Press, Maryland).

R.J. Stove lives in Melbourne, edits the quarterly magazine Organ Australia, and is the author of César Franck: His Life and Times (Scarecrow Press, Maryland). More by R. J. Stove