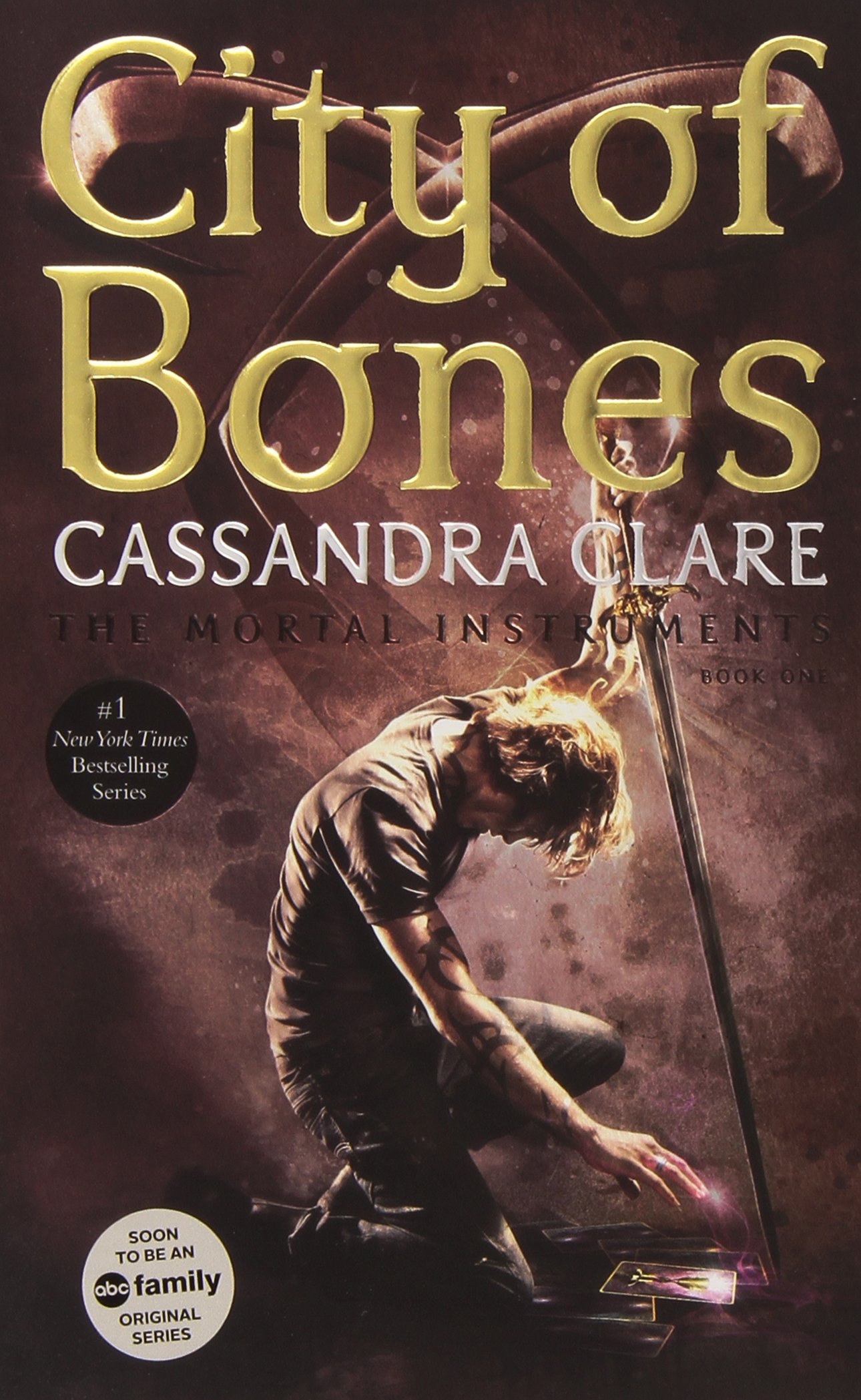 Over the past few months I have become enamoured of The Mortal Instruments and its various spin-off series by Cassandra Clare (a pen name of Judith Lewis’, raised in a non-religious Jewish American family). The books centre on Shadowhunters, who are demon-slayers, formed of humans with “angel blood” in their veins.

The books blend fantasy, the complex drama of human relationships, and liberal references to ancient Greek, Roman and classical English literature in a magnificent world where good though fallible people valiantly strive to thwart evil and defend all whom they love.

Shadowhunters make noble sacrifices to save the world from annihilation. They struggle with deep loss, betrayal, prejudice, politics, their own desires, and overwhelming odds, but good always triumphs in the end.

Clare’s books are international bestsellers, having been translated into more than 35 languages, and they have been made into a movie and a TV series currently airing on Netflix.

However, I was deeply disappointed by a scene in Lord of Shadows, the second book in the Dark Artifices series. From Book 1 of the Mortal Instruments (City of Bones), it was clear that Clare wants to normalise gay, bisexual and lesbian relationships. She stated this to a teenage audience at the 2014 Hay Festival of Literature & Arts in Wales, revealing that publishers had turned her novels down because of the relationship between a gay Shadowhunter (Alexander “Alec” Lightwood) and a bisexual warlock (Magnus Bane).

Warlocks are among the immortal “Downworlders”, which include vampires, werewolves, and faeries. In the Shadowhunter universe, all of these races bear the taint of “demon blood”, which gives them various attributes. Unlike the Shadowhunters, who mostly live normal human lifespans, the Downworlders – except werewolves — are immortal beings, though they can be killed. Naturally, a warlock (spawned by incubi impregnating unsuspecting women) normally lacks the nurturing environment provided by loving biological parents (in particular, fathers), and, living for centuries, would see mortal lovers die.

Alec Lightwood’s mortal Shadowhunter parents have their own marital problems, and he does not have a good relationship with his father. So I thought, given the circumstances, that it was conceivable for Alec’s and Magnus’ same-sex attraction to develop. Clare does not shy away from describing the fallen human condition or toxic, abusive relationships – including incestuous overtures to her main character, Clarissa “Clary” Fray; and although Alec and Magnus eventually form a loving and relatively stable relationship, their homosexuality can still be traced to the roots of their childhood traumas, as with Albus Dumbledore in Harry Potter.

I began to feel more uncomfortable when Alec and Magnus adopted an abandoned warlock child in Born to Endless Night, Book 9 in Tales of the Shadowhunter Academy. No same-sex couple can provide the healthy male-female dynamics that foster proper child development. However, a loving home is still better than abandonment, and Magnus can guide his warlock son in a hostile world. In the same book, Magnus and Alec decide to make a statement by remaining unmarried “until there were equal privileges and rights accorded to Downworlder-Shadowhunter marriages as there are for Shadowhunter marriages.”

Then in Lord of Shadows, Alec and Magnus adopt another child, this time an orphaned Shadowhunter. But this is not what really troubled me. What troubled me was the marvellous, admirable character of Diana confessing that he was born David Laurence Wrayburn (p. 565). This transgender character, who has to seek illicit sex-reassignment surgery and lifelong hormonal treatment to maintain the illusion that he is female, states that he did not want to resort to magic to transition because, he says, “My body is my body – the body I have grown into as a woman, as all women grow into their bodies.” (p. 568).

The problem is that women do not grow into their bodies through hormone replacement therapy, which comes with nasty side effects, even for women receiving HRT just for menopause. Moreover, sex-reassignment surgery replaces a person’s natural genitalia with artificial ones of the opposite sex, rendering the person permanently infertile. The surgery is merely cosmetic. You cannot change your chromosomes.

Many concerned people, including transsexuals, have spoken up about the dangers of transgender theory and its effects on children: members of Hands Across the Aisle, Jamie Shupe (the first American to be legally recognised as non-binary), Miranda Yardley, Libby DownUnder, Carlotta (Australia’s first public transsexual).

It is irresponsible of Judith Lewis to propagate radical gender theory to children and teenagers in the face of the scientific and sociological evidence against it.

Although the Shadowhunter series is aimed primarily at teenagers and young adults, it is  published under Simon & Schuster Children’s Publishing Division and caters to children with a colouring book. It is listed on a Children’s Books Daily list for “Readers Age 10”. A pack of Shadowhunter-themed tarot cards is also marketed in the books. Although historically tarot cards were imbued with Catholic faith and culture, they have been twisted for occult purposes and should on no account be sold to unsuspecting children.

In addition, premarital sex between teenagers is detailed throughout the books and occurs frequently in the TV series. The author sometimes attempts to justify it by the longing to consummate a relationship before possible death, as the characters often engage in battle with deadly demons and other enemies. It is worse in the TV series, where two characters (Jace and Maia) have a one-night stand saying, “This means nothing”.

All this blatantly disregards the real dangers of premarital sexual relations and misleads young people. As the Harry Potter series or the recent Black Panther movie demonstrate, it is possible to be entirely entertaining without involving sex at all. Ditto Jane Austen novels, which are full of exquisite romance enhanced by the absence of premarital sex.

And yet I enjoy the books because of their fascinating plots, excellent character development and witty repartee. Lord of Shadows ends on a cliffhanger, and I am looking forward to its sequel, to be published this December. But when I contemplate sharing literature with any possible future children of mine, I think I’ll lock these books away until they are well grown up and hopefully understand the complexities of human foibles and desires, which cannot be tidied up and trumpeted in the guise of “rights” and “acceptance”.