Detail from the cover of the Penguin Classics Deluxe Edition, 2006, illustrated by Jason

When I was asked to think of a book that might help or inspire us to detox in the social media age, the unlikely author who sprang to mind was that icon of the Beat Generation: Jack Kerouac.

A friend recommended Kerouac’s The Dharma Bums during my honours year in University, because I was restless, searching, and interested in Buddhism.

I emphatically don’t recommend it to you now, in fact I wouldn’t remember the book at all myself if not for one poignant scene mid-way through.

Kerouac’s semi-autobiographical accounts of his Bohemian lifestyle are thoroughly depressing. His character Ray Smith comes across as a disingenuously passive if not naïve observer-participant in the decadence and intoxication around him, in stark contrast to his professed spiritual quest and belief in “the reality of charity and kindness and humility and zeal and neutral tranquillity and wisdom and ecstasy.”

The Dharma Bums is like a severely debauched version of Thomas Merton’s Seven Story Mountain, if Merton had been a mentally ill alcoholic embedded in a chaotically self-indulgent counter-culture.

What does it have to do with social media, let alone detoxing? 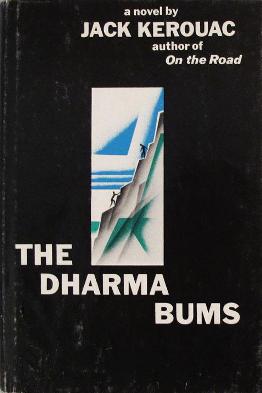 There’s a scene in the book where Smith is taken mountain-climbing up Matterhorn Peak in the Sierra Nevada ranges. It’s this scene that’s stuck in my mind for years as all the rest faded away.

The rest of the book is intensely voyeuristic. It provides an insight into the “fast living” of the Beat Generation and the early counter-culture, yet the superficial and pointlessly chaotic people and events are wearying and dismal. Smith’s spiritual intentions might seem sincere, but belied by his actions, they feel more like self-talk or posturing.

Nonetheless, climbing the mountain is very much a spiritual ascent for Kerouac’s character, and if the jargon and overt references are packed full of cheesy self-conscious Buddhism, his French-Canadian Catholicism is deeper, like when he and his guide Japhy dunk their heads in a “tremendous cataracting stream” as they begin their ascent of the mountain, an unwitting symbolic act of purification.

On the mountain there is silence, solemnity, awe…but also exertion, effort, and learning new skills and an intimate knowledge of nature; for Smith the climb is a kind of rebirth.

“I had absolutely not a jot of appetite for alcohol, I'd forgotten all about it, the altitude was too high, the exercise too heavy, the air too brisk…  I woke up and just lay flat back with my eyes to the stars and thanked God I'd come on this mountain climb. My legs felt better, my whole body felt strong… and I promised myself that I would begin a new life.”

His friend Japhy concurs: “There's nothing wrong with you Ray, your only trouble is you never learned to get out to spots like this, you've let the world drown you in its horseshit and you've been vexed.”

Taking on Japhy’s passion for nature as his own ideal, Smith sets out on his own:

“I realized I had indeed learned from Japhy how to cast off the evils of the world and the city and find my true pure soul, just as long as I had a decent pack on my back. I got back to my camp and spread the sleeping bag and thanked the Lord for all He was giving me.”

Kerouac’s rebirth didn’t stick. The wholesome camaraderie, the awe, and almost holy fear he experienced on the mountain cut through the endless vain cameos of the city and Smith’s own self-destructive behaviour, but only briefly.

As tragic as it is, the book nonetheless proves an apt analogue to the wearying onslaught of empty words, vain appearances and sheer pointless light and sound that is social media.

And the remedy is the same: if the mountain could give temporary relief and awe and real adventure and purification to the likes of Kerouac, a fortiori the mountains will replenish our jaded sensibilities from the superficial monotony of social media.