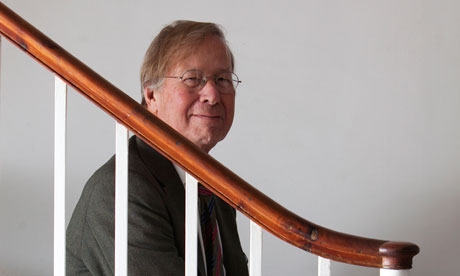 Ronald Dworkin, who has been called “the greatest legal philosopher of our time,” died on February 14 in London at age 81. The New York Times’ obituary called him “a public intellectual of bracingly liberal views who insisted that morality is the touchstone of constitutional interpretation.”

That’s about right. To Dworkin’s credit, he opposed legal positivism, the view that the law is whatever the sovereign says it is, and he insisted on the importance of moral principle in interpreting law, particularly the Constitution’s abstract clauses like due process and equal protection. But he also gave natural law his own spin, as he argued that there was one right or uniquely correct answer that the law provided “to most hard cases.” This he called “the moral reading” (emphasis his). Note it was not “a moral reading,” but “the moral reading.” (emphasis mine).

“Bracingly liberal views,” it turns out, was synonymous for political correctness.

Dworkin taught at both New York University School of Law and University College London. He had also taught for years at Oxford University, succeeding H.L.A. Hart in the chair of jurisprudence. Over a period of almost 50 years, he wrote over a hundred articles, reviews, and letters for the New York Review of Books. The subjects ranged from affirmative action to abortion and assisted suicide, health care, and civil disobedience. During the Vietnam War, for example, he defended conscientious objectors from the draft laws.

Recently, cultural critic Joseph Epstein wrote in the Wall Street Journal on this year’s 50th anniversary of the New York Review of Books: “In its heyday, the NYRB was a radical chic publication. Its collapse came quite as much because of the fall of high culture as it did owing to the distaste for extreme radical politics after the terrorism of 9/11. … More important, the great figures of high culture are no longer there to write for the NYRB, to lend the drearily predictable articles against Republicans and in favor of Barack Obama the cultural support they so obviously require.”

Dworkin, it seems to me, epitomizes both the rise and the fall of that publication, particularly now that he is gone. For, much like Anthony Lewis churning out predictably liberal views on law and politics for the New York Times op-eds for decades without any memorable prose or trace of humor, Ronald Dworkin was always the solemn pontificator.

At the time of Robert Bork’s nomination to the Supreme Court by President Reagan in 1987, for instance, Dworkin called him “a constitutional radical who rejects a requirement of the rule of law that all sides in that had previously accepted.” Thus he caricatured the now-dominant originalist reading of the Constitution, that says it should be interpreted as it was understood at the time of its framing and ratification. He called Bork’s a “radical, antilegal position.”

In his 1997 book The Tempting of America, Judge Bork answered, “Dworkin writes with great complexity but, in the end, always discovers that the moral philosophy appropriate to the Constitution produces the results that a liberal moral relativist prefers.” Judge Richard Posner concurred: “Dworkin’s dominant bent as a public intellectual is to polemicize in favor of a standard menu of left-liberal policies.” Even Dworkin’s liberal ally, constitutional law professor Laurence Tribe of Harvard Law School, who ought to know, recognized that “one often gets the uneasy sense that [Dworkin] tailors his premises to fit preconceived conclusions.”

On the life issues, Dworkin, in his book Life’s Dominion (1993), argued in favor of Roe v. Wade’s constitutional right to abortion and a right to assisted suicide, a view rejected by the Supreme Court in Washington v. Glucksberg (1997).

He argued for a right to abortion because the fetus is not a constitutional person, and the interests associated with it cannot arise until the emergence of mental consciousness, in the third trimester of pregnancy. Similarly, people living in a permanent vegetative state no longer possess “life in earnest,” and therefore decisions about their care involve not only “the rights and interests of particular people, but… the intrinsic cosmic importance of human life itself.”

If the debate is not so much about rights and interests of the unborn and enfeebled, however, then what is it about? According to Dworkin, it is about the sanctity of life, understood to mean “life’s intrinsic value.” But value is understood by Dworkin to signify something akin to the way in which works of art or species of animal are valuable. This points to his conclusion that in situations of conflict, life can be served by being destroyed. Life is nice, one might say, except when it isn’t.

There is, of course, an alternative view of the sanctity of life and the intrinsic value of life—one contained in both classical and religious traditions of medical ethics. Life is sacred and inviolable (and thus the right to life is inalienable) because God is its sovereign author. It is never served by being intentionally destroyed. Even the traditional exceptions of killing in the case of self-defense and capital punishment (and, by extension, to killing in a just war) honored the moral absolute that the intentional killing of innocent human beings is never justified.

Of course, when Dworkin left God out of the picture and redefined sacredness as a kind of aesthetic value, one also did away with inconvenient moral absolutes. For if anyone other than God tries to impose his values on others as matters of absolute, intrinsic obligation (rather than positive law or mere brute force), he is subject to the response brilliantly articulated by the late Arthur Leff as “the grand ‘sez who?’” Moral subjectivism reigns supreme, and everything is a matter of taste.

Dworkin already took steps, however, to protect his flanks against potentially untoward consequences arising from the affirmation of a religious basis for the sanctity of life. Indeed, he holds that “convictions about what the inherent value of human life requires are religious convictions.” And precisely because this is so, “a government’s demand for conformity would be imposing a collective religion.” That is to say, in the American context, it would violate the First Amendment’s stricture against the establishment of religion.

What is religion, for Dworkin? It is something that tries “to answer the deeper existential question by connecting individual human lives to some impersonal value… the love of a creator or redeemer, for example; or nature… or a natural order…” Dworkin the amateur theologian, with scanty Supreme Court precedent, calls the idea that “religious belief must presuppose a god” an “abandoned notion.”

Dworkin tried to be respectful of conventionally “nice” religion, but ultimately he treated all religion superficially. When he wrote, for example, that “death’s central horror is oblivion—the terrifying, absolute dying of the light” and that death was “the end of everything,” he tipped his secular humanist hand. It was a secular rendition of “sinners in the hands of an angry nothingness.” For orthodox Christians (and not just them), the central horror is not oblivion but judgment.

Dworkin wrote with a certain donnish arrogance. He continually canonized his view as the only principled one, using bullying phrases like “any competent interpretation,” “any plausible interpretation,” or “any defensible view” as synonymous with his own, usually presumptuous, opinion. For example, ”The right of procreative autonomy follows from any competent interpretation of the due process clause and of the Supreme Court’s past decisions applying it. “ In other words, any constitutional scholar worthy of the name must pledge allegiance to Roe v. Wade.

A troubling aspect of his work is that his promotion of a moral view as the moral one suggested that we would best be ruled by philosopher kings like himself, and other like-minded academics and judges, rather than the hurly-burly of the democratic process. Judicial review of the constitutionality of law became a way in which his policy preferences could be written into law without having to trouble about creating democratic consensus.

Other works of his include Law’s Empire, perhaps his most influential book, and Freedom’s Law, Taking Rights Seriously, and A Matter of Principle. Two years ago he published Justice for Hedgehogs. He was frequently cited in court decisions and in law review articles.

“They told me, Ronald Dworkin, they told me you were dead.” But you haven’t been forgotten, leaving “life in earnest” for total oblivion. As you yourself wrote, “Death is special, a peculiarly significant event in the narrative of our lives, like the final scene of a play, with everything about it intensified, under a special spotlight.”

Dwight Duncan is professor of law at University of Massachusetts School of Law Dartmouth.

Professor Dwight Duncan teaches courses in Constitutional Law, Legal Ethics, Religion and the Law, and Bioethics at University of Massachusetts School of Law Dartmouth. His interests include legal... More by Dwight G. Duncan