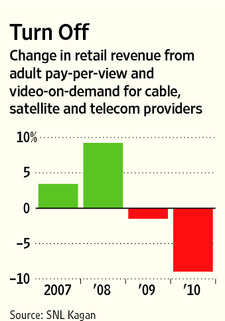 WSJ is owned by Rupert Murdoch’s News Corporation, which has
cable and satellite TV assets. Presumably they don’t compete in this area.