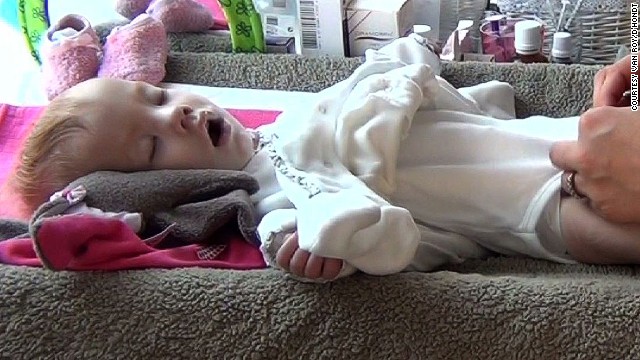 Udo Schüklenk, who was the chair of the one-sided Royal Society of Canada: End of Life Decision Making panel and who is also the co-editor of the leading academic journal Bioethics, is now proselytizing his philosophy (or Peter Singer’s philosophy) promoting euthanasia of newborns and infanticide. Schüklenk uses quality-of-life arguments to support his eugenic philosophy to encourage the killing of newborns with disabilities.

In an article published in The Journal of Thoracic and Cardiovascular Surgery, titled: Physicians can justifiably euthanize certain severely impaired neonates, Schüklenk argues that some lives are not worth living and that parents should have the right to decide to end the lives of newborns with disabilities. Schüklenk states:

“A quality-of-life ethic requires us to focus on a neonate’s current and future quality of life as relevant decision-making criteria. We would ask questions such as: Does this baby have capacity for development to an extent that will allow him or her to have a life and not merely be alive? If we reach the conclusion that it would not, we would have reason to conclude that his life is not worth living.”

Schüklenk argues that based on a Quality-of-Life Ethic euthanasia of newborns or infanticide is a moral option and in some cases it should be demanded. Schüklenk states:

“A quality-of-life proponent could just as well argue that respect for human dignity demands that the infant’s life be terminated on compassionate grounds.”

“Once we have concluded that death is what is in the best interest of the infant, it is unreasonable not to bring about this death as painlessly and as much controlled in terms of timing by the parents as is feasible… If his prolonged dying is harmful to them (the parents) a further quality-of-life based argument in favor of terminating the infant’s life is established.”

There is a difference between killing and letting die

Schüklenk considers newborns to have the same status as the child in the womb. Similar to Peter Singer, Schüklenk argues that parents should be able to freely decide to end the life of their newborn, otherwise known as infanticide. Schukelenk states:

“In morally important ways his developmental state is closer to that of a fetus than to that of a person like you or me. The parents should be able to freely decide on what would amount to postnatal abortion.”

Paradoxically, in his November 18 Globe and Mail article concerning the court decision giving parents of a native girl the right to withdraw their daughter from medical treatment, Schüklenk stated:

“There is no parental right to harm your children. Since when has the life of a child become so cheap that we leave it to misguided parents who wish to do as they see fit, evidence be damned?”

“renatal testing renders the need for infanticide exceedingly rare. …Of about 200,000 children born in The Netherlands on an annual basis only very few newborns saw their lives ended by this means.”

“Withdrawing treatment almost always entails the withdrawal of artificial nutrition and hydration. These cases still number below 300, decreasing from 299 in 1995 to 177 in 2010.”

Even though his statistics are questionable, Schüklenk argues that the small number of newborn euthanasia deaths indicates that a slippery slope does not exist. The statistics do indicate that the Netherlands are dehydrating to death a high percentage of newborns with disabilities instead of lethally injecting them.

Philosophers like Udo Schüklenk, Peter Singer and Jocelyn Downie are being given a significant amount of ink on paper where they can promote their eugenic ideology to end the lives of people with disabilities under the guise of ending suffering.

Alex Schadenberg is Executive Director and International Chair of the Euthanasia Prevention Coalition. He is based in Ontario, Canada. More by Alex Schadenberg