We need to wake up if we wish to preserve the traditional family structure, as it erodes further.  As one example, the Institute of Marriage and Family Canada just released a new info-graphic giving an overview of how the traditional family is being transformed in Canada.  For forty years now, there has been a decline in married couples as a portion of all census families there.  In 2011, 67 per cent of Canadian families were headed by a married couple.  That was down from 70 per cent in 2001, and 92 per cent in 1961.

The change was mostly due to a large increase in “common-law couples”.   Although common- law relationships often lead to marriages, they are generally more short-lived and dissolve more frequently than marriages.  In 2011, for the first time in Canadian history, there were also more single-person households than couple households with children. The average number of children per family decreased from 2.7 in 1961 to 1.9 in 2011.

It is heartening that marriage is still the norm in Canada.  Organisations around the world are seeking now to help to support the family and ensure that it maintains its key role in society as the protector and nurturer of our children.  It is undeniable that children do infinitely better in a strong family structure.  Here in the info-graphic for you to ponder: 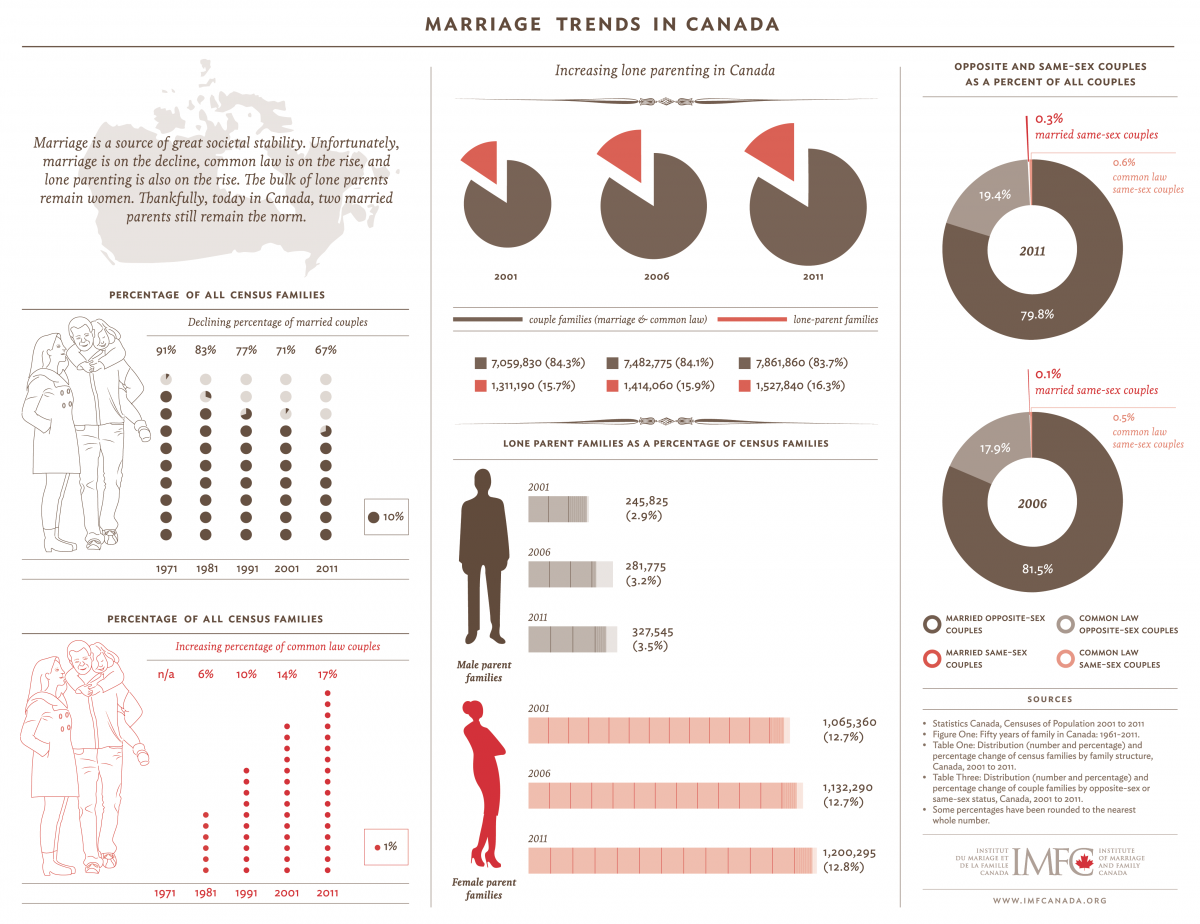